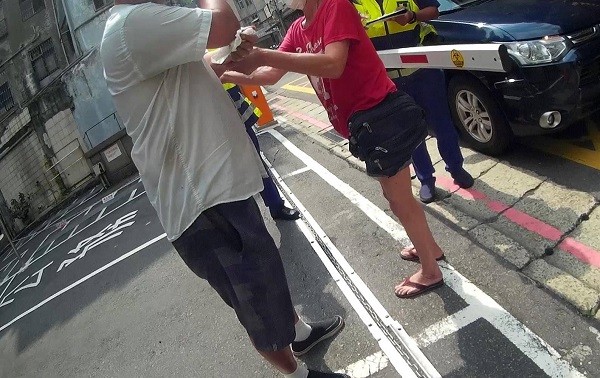 TAIPEI (Taiwan News) — Police chased down a Taipei man who insisted on defying the mask mandate during the nationwide Level 3 COVID-19 alert, and he will now face a fine, CNA reported.

The Taipei City Police Department Mobile Division said officers patrolling Zhongshan District on Sunday morning (May 23) spotted a man without a mask who took off running when confronted. As luck would have it, the man tripped on an iron chain and fell to the ground, though officers quickly helped him up.

While police were exhorting him to observe mask regulations, the man’s mother, informed of the incident by a friend, arrived with a mask and urged her son to wear it. However, he continued to insist on going without one.

Police learned from residents that the man had always gone out without a mask, which had been causing a stir in the community.

After attempts to convince the man to wear a mask failed, he was referred to the Taipei City Health Department for a fine.