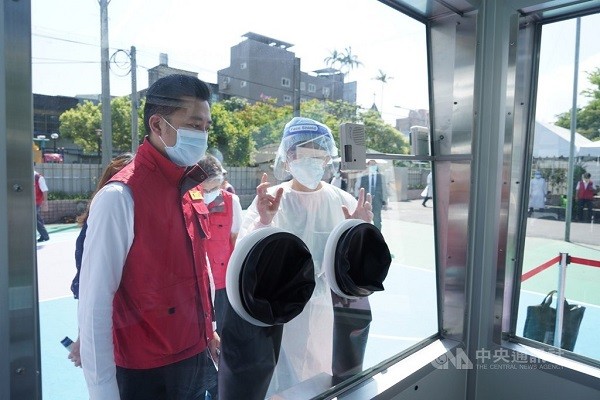 TAIPEI (Taiwan News) — Hsinchu City Mayor Lin Chih-chien (林智堅) on Monday (May 24) announced a ban on indoor dining that will come into effect in the city on Tuesday, CNA reported.

The mayor called a pandemic prevention meeting on Monday in which he said that considering the recent spike in COVID-19 cases across the country and that indoor dining increases the risk of transmission, the city government has chosen to ban it.

The ban will apply to all restaurants, food courts, breakfast shops, and other dining venues, Lin said, adding that the city will dispatch inspectors to oversee adherence to the regulation. Violators will be fined between NT$3,000 (US$103) and NT$150,000.

The mayor went on to say that community COVID-19 screening stations had been introduced in the city on Monday, but they will only accept those who have encountered confirmed cases, traveled to high-risk areas, or displayed symptoms.

The city government has also set up a COVID-19 website, which includes all information citizens need to know about the disease, including the footprints of confirmed cases in the city, places that have been shut down, screening and vaccination appointments, quarantine hotels, quarantine compensation, and telemedicine, according to Lin.

Taiwan’s pandemic subsidy for households with children to accept applications from Tuesday
2021/06/14 21:14