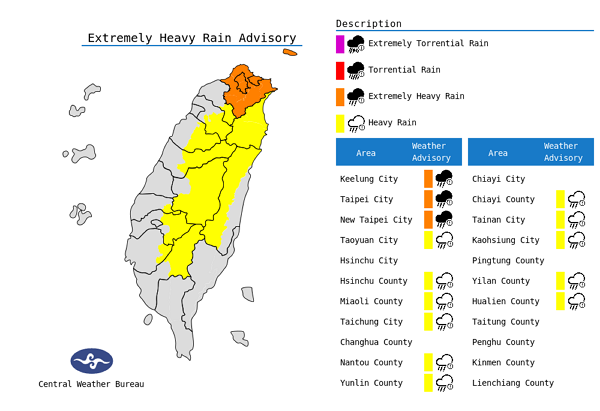 TAIPEI (Taiwan News) — Extremely heavy rain advisories have been issued for 14 cities and counties across Taiwan Monday (May 24) due to a strong convection cloud system in the afternoon, according to the Central Weather Bureau (CWB).

Residents in these areas should take care and bring rainwear with them when venturing outside. They should also be on the alert for lightning and gusty winds.

Under the CWB's advisory system, an extremely heavy rain advisory is issued when accumulated rainfall is expected to exceed 100 millimeters in three hours or 200 mm over a 24-hour period.