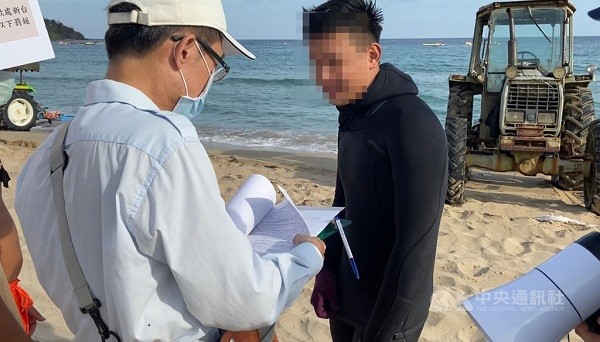 TAIPEI (Taiwan News) — Seven beaches in Kenting National Park in southern Taiwan will be closed from Sunday (May 23) after the park management found that many beachgoers were flouting mask regulations, CNA reported.

While many people were frolicking in the water on Kenting under the scorching heat on Saturday afternoon, Hsu Ya-ju (許亞儒), director of the Kenting National Park Headquarters, was leading a team of park employees and Coast Guard members on an inspection tour. The team found many people taking off their masks after the team was out of view, and they also concluded it is hard for swimmers to maintain a safe social distance in the water, the report said.

During Sunday’s inspection tour, the park management gave five tickets to people for not wearing masks. They will be fined between NT$3,000 (US$103) and NT$15,000.

The park’s management office said it will strictly follow the mask mandate promulgated by the central government and that operators of activities where mask wearing is impossible, such as scuba diving and snorkeling, will have to suspend their operations or face fines.

The number of tourists in Kenting decreased dramatically on Sunday, with five-star hotels' occupancy rates ranging between 5–10 percent, which is a far cry from 40–50 percent last weekend. Many stores and stalls on the Kenting main street closed on Sunday, and there were very few cars and tourists.