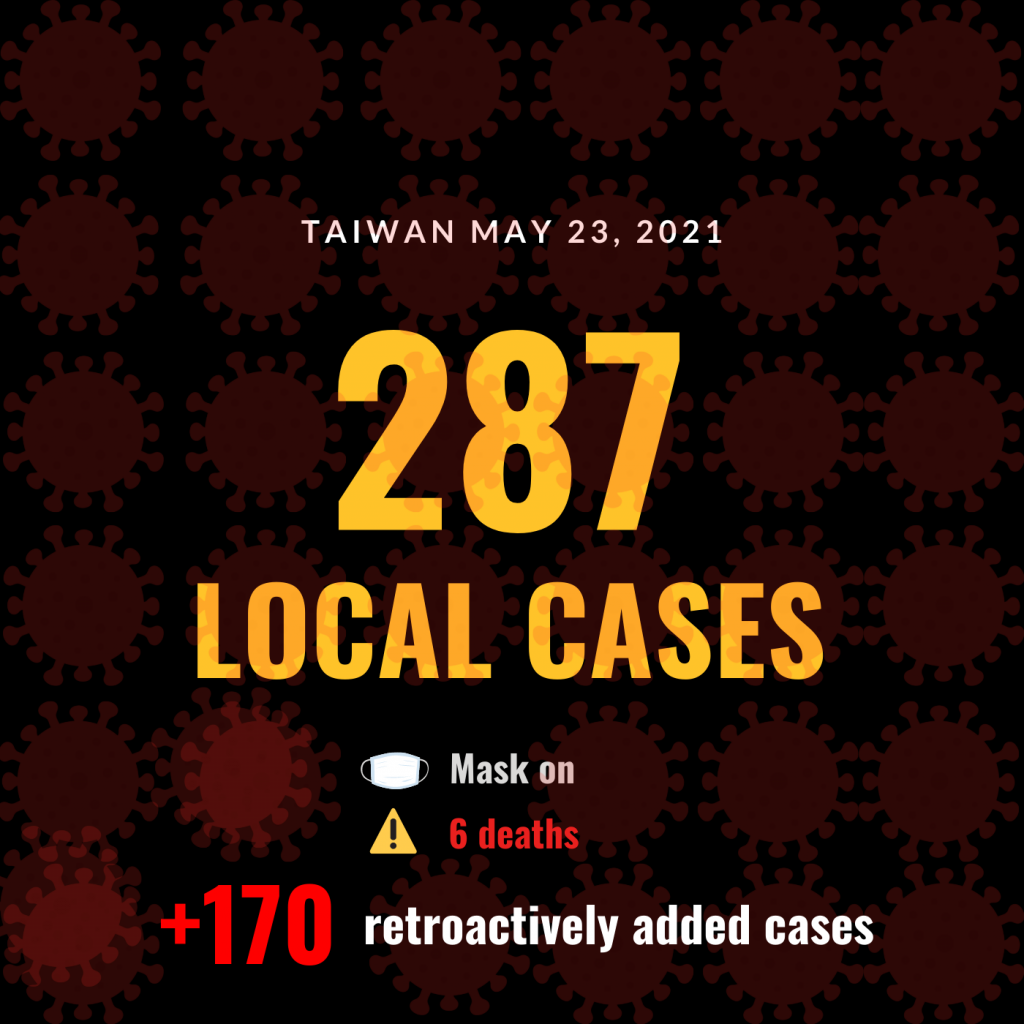 CECC head Chen Shih-chung (陳時中) said the 287 domestic cases confirmed Sunday comprised 138 males and 149 females between the ages of five and 90. He said the new cases were scattered across 16 cities and counties, with New Taipei and Taipei remaining hot spots for the disease and each recording 142 and 77 cases, respectively.

Chen explained the 170 extra for the past week was the result of slow reporting of numbers and that these cases began experiencing COVID-19 symptoms between April 25 and May 22. They were scattered across six cities and counties, with 88 cases reported in Taipei and 73 in New Taipei.

A preliminary investigation has found a correlation between the new local cases and previously confirmed cases, with 25 related to the hostess bar cluster infection in Taipei's Wanhua District, 11 related to a fruit seller, and five tied to an organization that Chen did not name. There are 66 cases still under investigation, with 119 from known sources and 70 from unknown sources.

Among the newly confirmed local cases, six deaths were reported. They are five men and one woman between the ages of 50 and 80. Five of them had chronic diseases.

In addition to the high number of additional domestic cases, Taiwan also reported three imported cases from Indonesia, the Philippines, and Denmark. The cases include an Indonesian male in his 20s, a Filipino migrant worker in his 40s, and a Danish citizen in his 40s.

The new cases reported Sunday brought the total number of COVID-19 infections in Taiwan to 4,322, of which 3,158 have been confirmed as domestic. Up until now, 23 individuals have succumbed to the disease in the country.