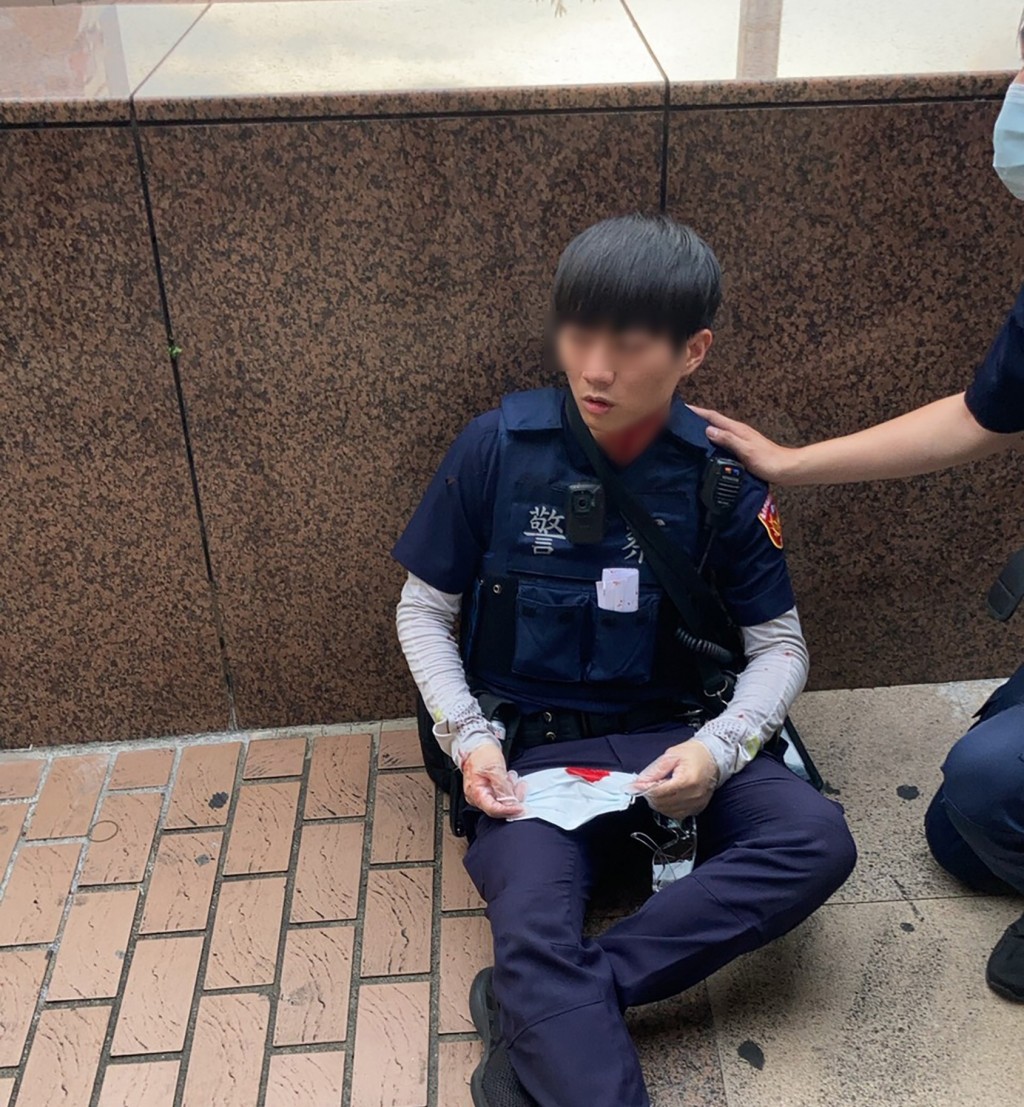 TAIPEI (Taiwan News) — A man who was not wearing a surgical mask attacked two police officers with a machete near Taipei Railway Station, reports said Saturday (May 22).

As the wearing of masks in public became obligatory in Taipei City on May 15 due to an outbreak of local COVID-19 infections, police sent two officers over when they were alerted to the presence of an unmasked man near the station, CNA reported.

Around 5 p.m., they found a man they assumed was homeless close to one of the entrances of the massive station building. However, a quick check revealed he was a wanted criminal, said the Zhongzheng First Precinct.

The suspect produced a machete and cut one officer in the neck and the other one between the thumb and the index finger of his left hand. Both officers, men aged around 30, were taken to a hospital while remaining conscious.

The attacker was overpowered by other officers who had rushed to the scene and taken in for questioning. He could face charges of causing bodily harm, CNA reported.