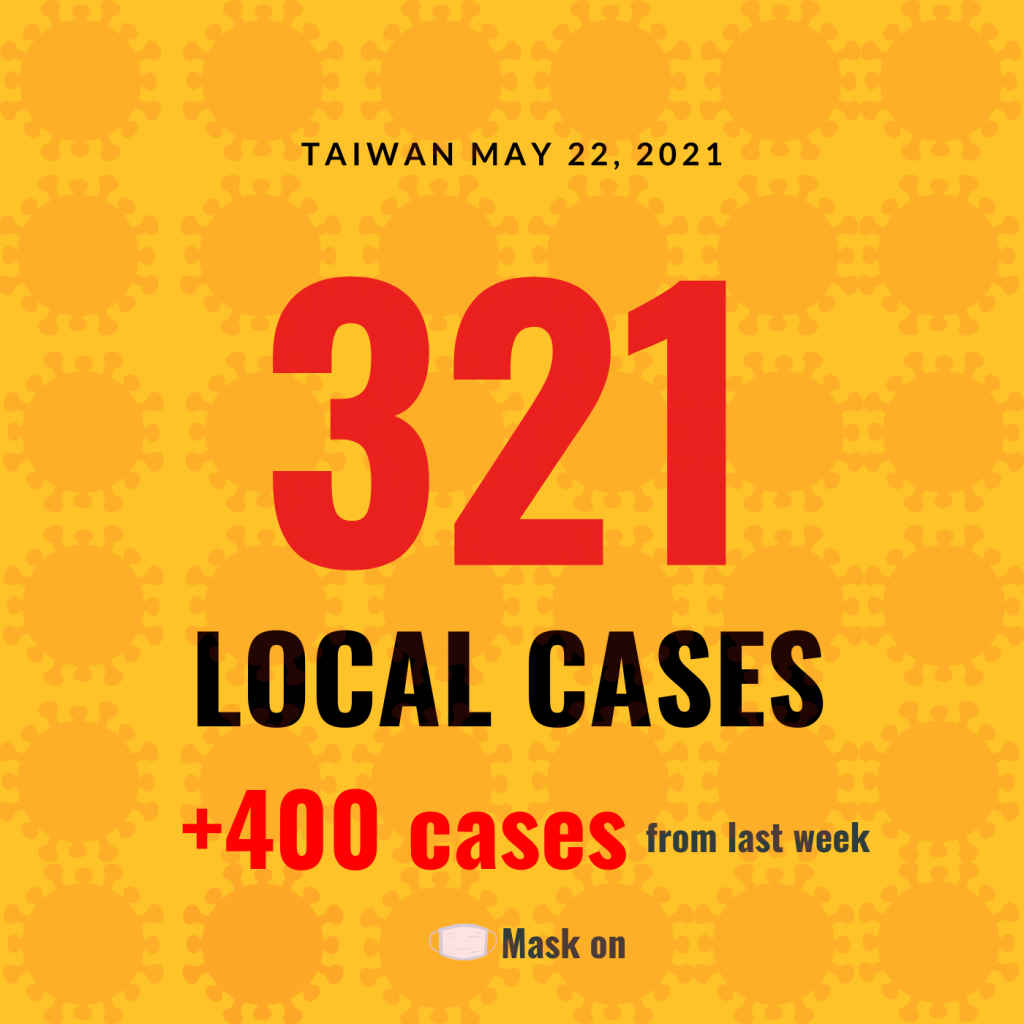 TAIPEI (Taiwan News) — Taiwan reported 321 new local COVID-19 cases for Saturday (May 22), but retroactively added 400 to the tally for the past week.

New cases ranged in age from under five to more than 90. Meanwhile, the two latest fatalities included in Saturday's new cases were men in their 70s and 80s.

The 400 extra for the past week was the result of slow reporting of numbers, the Central Epidemic Command (CECC) explained at its Saturday press conference. A total of 721 would have been a single-day record, but the CECC surprised media by saying the 400 were not the result of testing conducted on Friday (May 21), but from earlier in the week.

The record figures came precisely one week after Taipei City and New Taipei City raised their COVID alert to Level 3. This was later followed by a nationwide expansion, including the closure of schools and public places, such as museums, libraries, fitness clubs, nightclubs, and karaoke bars.

The government has called on the public to stay at home during the weekend, as next week will be crucial to maintaining or reducing the current alert level, which is supposed to last until May 28. The new imported cases were a Taiwanese man returned from the Philippines, and a British man who had arrived from the United Kingdom.

Taiwan’s total number of 3,862 coronavirus cases since the start of the pandemic included 2,701 domestic cases, 1,108 imported ones, and 17 deaths. A total of 36 cases originated from the Taiwan Navy’s "Goodwill Fleet," two were infected on board a flight, one case was classified as unresolved, and 14 cases were still under investigation. Nine earlier cases were removed from the list of confirmed cases.

The highest single-day number of new cases was 333, recorded on May 17.