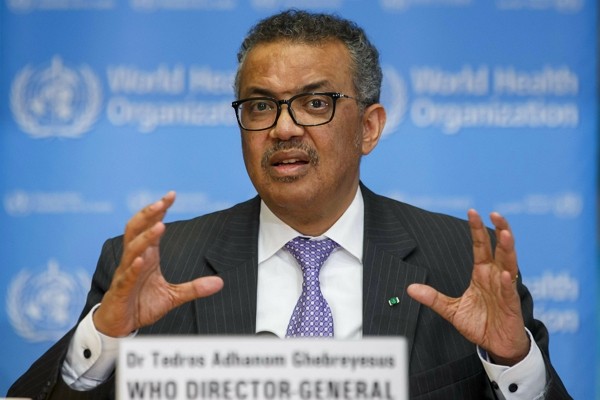 TAIPEI (Taiwan News) — The Ministry of Foreign Affairs (MOFA) said the issue of Taiwan’s participation in the World Health Assembly (WHA) has been added to the health meeting's agenda as a supplementary item.

Foreign Ministry Spokesperson Joanne Ou (歐江安) on Friday afternoon (May 21) said that Taiwan’s inclusion in the global health meeting is now a supplementary item to be discussed during the assembly.

Ou also said that Paraguay, Taiwan’s sole Latin American ally, reiterated its firm support for the nation's participation in the WHO and WHA by writing a letter to Ghebreyesus. Taiwan-Paraguay relations are stable and friendly, she confirmed.

Ou added, “Based on the shared values of democracy, freedom, and human rights, the two countries have cooperated closely and supported each other in bilateral and multilateral fields for a long time, working together for the wellbeing of the two peoples and the nations’ sustainable development.”

Many countries have voiced support for Taiwan’s participation in the WHA through speeches and parliamentary resolutions or statements, Ou said. MOFA thanks and respects all countries that have assisted Taiwan in joining the global health meeting.

Taiwan is making a last-ditch effort to take part in the 74th WHA, which will be held from May 24 to June 1 via video conference. The WHO previously stated that whether Taiwan can be an observer in the WHA depends on its member states.

After an issue is added to the meeting’s agenda, it will be reviewed by the assembly’s general committee. At that time, Taiwan’s allies and partners will have the opportunity to voice their support for the nation, and the committee will then vote on whether to invite Taiwan.