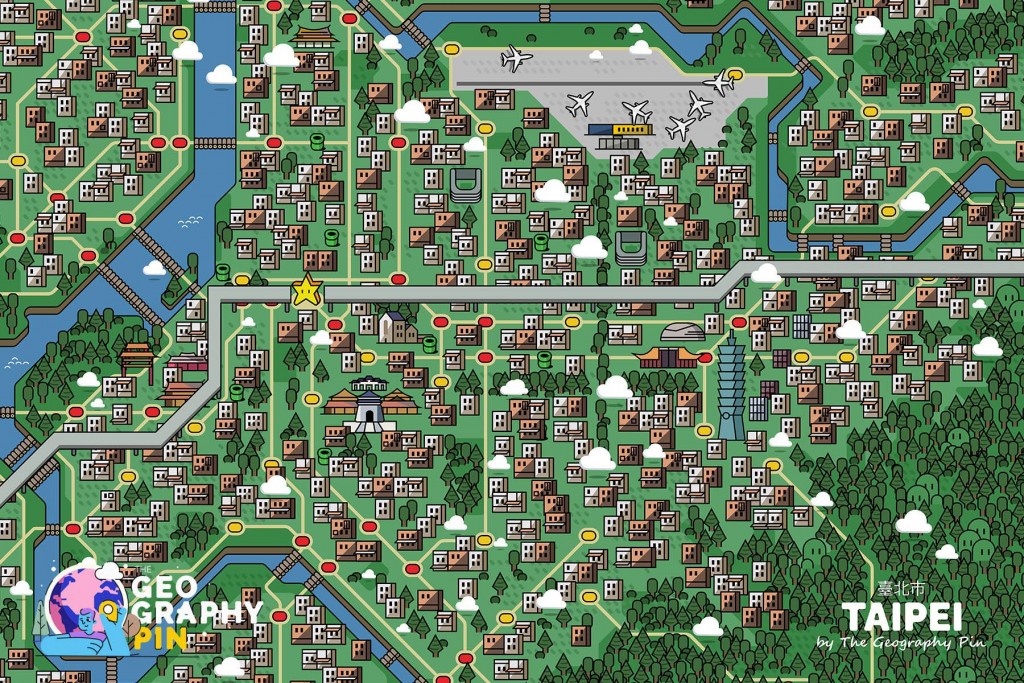 TAIPEI (Taiwan News) — A map of Taipei made by a Peruvian illustrator and inspired by the popular video game Super Mario World has gone viral in Taiwan.

On Tuesday (May 18), Miguel Alfaro, 29, uploaded to the Taiwan subreddit a creative overworld map of Taipei inspired by the classic Nintendo game Super Mario World, quickly gaining 1,000 upvotes. Alfaro told Taiwan News he made the map to express his gratitude for the many followers he gained after he was interviewed online about his Super Mario map of Taiwan by Lukas Engstrom, a YouTuber living in Taiwan on April 28.

After that video aired, Alfaro said a lot of people reached out to him offering help, tips about Taiwan, kind messages, and "love for my Taiwan illustration." He said that many loved the Taiwan T-shirt and he received many orders for it.

This outpouring of support from Taiwan inspired him to illustrate the city as a "thank you for all the people that supported me." Alfaro said that he learned from the experience that Taiwanese are very kind and "they've gained a place in my heart without even being there."

In addition, he also wanted to make a map of Taipei because he is a big fan of Taipei 101. He said that he first learned about the building from the TV program, "Vertical City," a 2009 program.

This was his first impression of Taiwan and led him to research more about the country. Beyond Taipei 101, other major landmarks Alfaro has included in the map are Songshan Airport, Taipei Confucius Temple, Longshan Temple, Huashan 1914 Creative Park, National Sun Yat-sen Memorial Hall, the entrance to Snake Alley, and Chiang Kai-shek Memorial Hall. Click on the map to see a larger version. (Miguel Alfaro illustration)