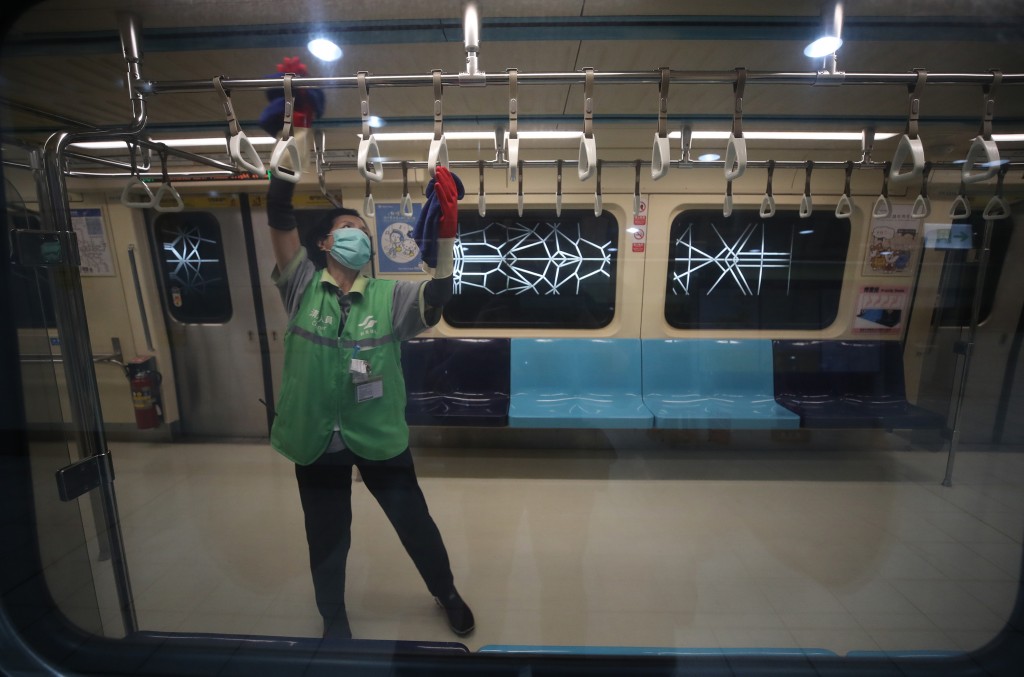 The company that operates the MRT, Taipei Rapid Transit Corporation (TRTC), on Thursday began to divide its frontline workers such as drivers, service personnel, maintenance crews, and administrative staff into separate groups, while supervisors were told to hold meetings through video conference software. These moves led to speculation that an outbreak had occurred among its workforce, but TRTC would not confirm this that morning.

At an afternoon press conference, CECC Spokesman Chuang Jen-hsiang (莊人祥) announced that three TRTC employees had tested positive for COVID-19. A total of 13 persons from the same office have been listed as contacts, begun home isolation, and been tested.

Chuang said that the positive cases were administrative staff and had not come in contact with passengers. Employees who did not have close contact with the cases are not being asked to enter quarantine, but the CECC is requiring the company to strengthen its workplace health-monitoring measures.