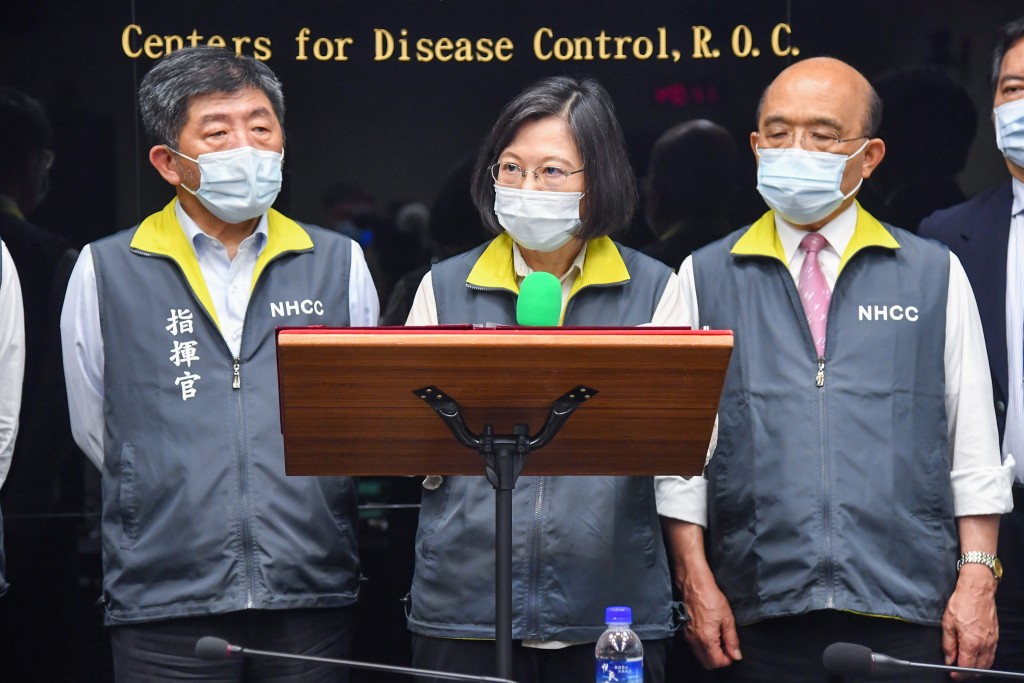 TAIPEI (Taiwan News) — Taiwanese President Tsai Ing-wen (蔡英文) on Tuesday (May 18) announced that two of Taiwan's domestically developed vaccines are in the final stages of their phase II trials and that the first doses are anticipated to be ready by late July.

During a visit to the Central Epidemic Command Center (CECC) by Tsai and Premier Su Tseng-chang (蘇貞昌) Tuesday morning, the president said that due to the increase in coronavirus cases, there has been a surge in demand for self-paid vaccines and that the shots have had to be temporarily suspended because of a shortage. Calling on the public to remain calm, she emphasized that the country has purchased vaccines abroad through various channels, and these will begin to stream in.

As for Taiwan's domestic vaccines, Tsai said that vaccines by both United Biomedical Inc. (聯亞生技) and Medigen Vaccine Biologics Corp. (高端疫苗) have entered the final stages of phase II clinical trials. She stressed that the government is providing its full support and assistance to the development of the vaccines and will ensure their quality and safety before they are distributed.

Tsai said the first wave of domestic vaccines is expected to become available by late July. "This should provide sufficient protection for the people of the country. Please, everyone, don't worry too much," she remarked.

That same day, Tsai posted a tweet showing images of presentations on the progress being made on the vaccines. In a second tweet, she stated that the government is working hard to obtain vaccines from overseas and to "ensure their timely delivery."

Today I was at the @Taiwan_CDC to review Taiwan's pandemic response & vaccine progress. Two of Taiwan’s domestically developed vaccines are finishing phase 2 clinical trials, with the first doses expected to be available by late July. pic.twitter.com/LgGVb7FZRw

All three are categorized as protein subunit vaccines, as they inject proteins from the virus into the body to induce an immune response.

We are also working to acquire vaccine doses from abroad, & our government is doing all we can to ensure their timely delivery. Please stay alert, follow the latest official guidelines, & get vaccinated as soon as you’re eligible. pic.twitter.com/3u7OlThNa7