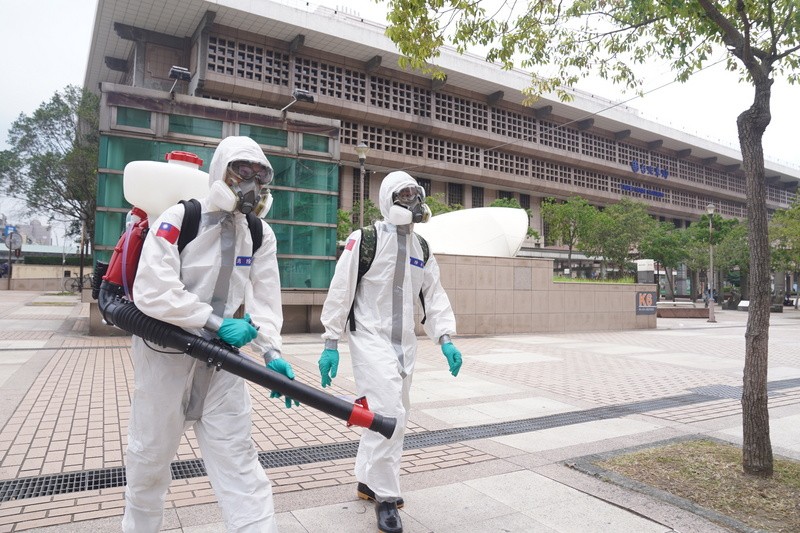 TAIPEI (Taiwan News) — As the number of domestic COVID cases keeps rising, Taipei’s Mass Rapid Transit system has intensified its campaign to prevent infections on its trains and in stations, reports said Tuesday (May 18).

While the number of passengers plunged as the clusters expanded, the military still decided to send special chemical disinfection teams to 28 MRT stations on Tuesday, CNA reported. The 145 specially equipped soldiers spread out to disinfect station platforms, elevators, escalators, and all spaces open to the public.

Officials emphasized that the equipment and chemical composition of the disinfectants had been adapted to fit the circumstances, adding that they did not pose any health threat.

The Taipei Rapid Transit Corporation (TRTC) said it is intensifying its preventive measures, including requiring staff to split into teams and work at home if possible. Its operation centers are also separate from MRT stations, reducing the threat of infection to the public, the Liberty Times reported.

The disinfection of stations has been taking place at two-hour intervals instead of the previous four hours, according to the TRTC. The frequency of the cleaning of trains has been increased to once every four hours instead of every eight hours.

The company refused to comment on reports that one staff member had been confirmed with COVID, saying it was up to the Central Epidemic Command Center (CECC) to announce or deny such reports.