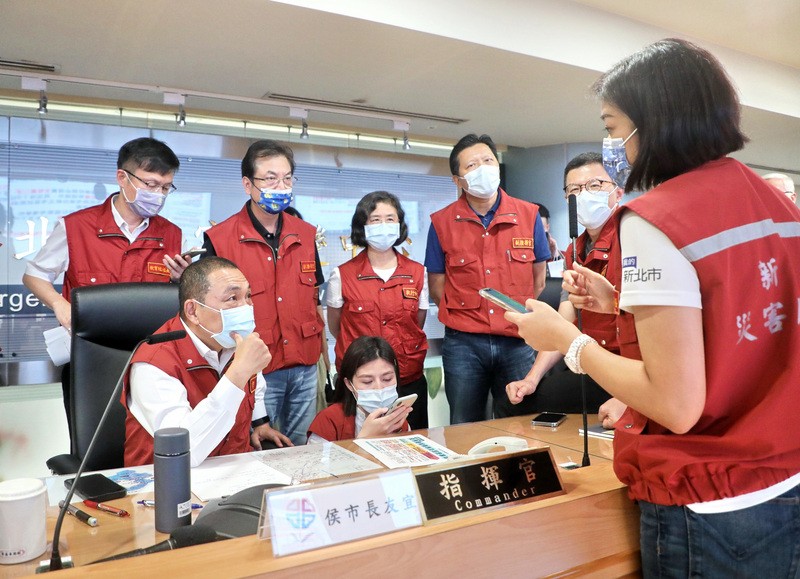 TAIPEI (Taiwan News) — The New Taipei City government disclosed several locations on Monday (May 17) where confirmed coronavirus cases had visited and urged anyone experiencing symptoms to get tested.

The Central Epidemic Command Center (CECC) on Monday reported 333 cases of local COVID-19 transmission, including 148 from New Taipei, of which 41 were in Banqiao District, according to CNA. Mayor Hou You-yi (侯友宜) told reporters on Monday that after seeing the sizable electronic footprints of those infected, the city decided to make hotspots public.

Since Taiwan’s most recent outbreak began, Banqiao has seen 94 cases, Sanchong District 44, Yonghe District 41, Tucheng District 36, Xinzhuang District 29, and Luzhou District 23, Hou said. He said many of the cases had visited traditional markets and parks, adding that control measures would be tightened at markets.

He said traffic flow in and out of markets will be strictly controlled, and urged people to avoid visiting hotspot areas. In addition to the community testing station set up at the Banqiao branch of New Taipei City Hospital, Hou said the city plans to open up two more stations.

The mayor added that there are also 17 hospitals around New Taipei that offer coronavirus testing services.

May 10 Ren’ai Park in Yonghe (永和仁愛公園)

May 11 Minde Park in Zhonghe District and nearby market (民德公園及旁邊市場)

May 13 Minde Park and nearby market (民德公園及旁邊市場)