TAIPEI (Taiwan News) — Morning rush-hour ridership on the MRT in Taipei and New Taipei City dropped by over 40 percent on Monday (May 17) compared to the same time period a week ago amid skyrocketing coronavirus cases.

Taiwanese were horrified to learn that after over a year of keeping the coronavirus in check, an unprecedented 180 COVID cases were reported on Saturday (May 15), followed by 206 infections on Sunday. In response, both Taipei and New Taipei imposed Level 3 epidemic control restrictions, effective since Saturday.

The new restrictions, along with anxiety over the spread of the virus, prompted most residents of Taipei to stay in their homes on Sunday. Areas that are normally bustling with throngs of people on Sundays were almost completely empty.

Ridership on Taipei's Metro also dropped off substantially. According to the Taipei Mass Transit Corporation, only 590,000 passengers took the MRT on Sunday, 1 million fewer than a week ago, leaving many stations looking desolate and devoid of humanity.

During the morning peak hours from 6 a.m. to 9 a.m. on Monday, there were only 250,000 passengers. This was a dramatic drop from the 440,000 passengers recorded during the same time period one week ago, representing a decrease of 43 percent.

The Taipei Metro stressed that operations are normal and passengers are required to wear masks at all times when in MRT stations and on MRT trains. It is encouraging passengers to try to spread out when waiting in line and once inside the cars to maintain social distance.

In addition, the Taiwan Railways Administration (TRA) also announced a nearly 50-percent plunge in passenger traffic from 7 p.m. to 9 p.m. on Monday morning compared to a week earlier. 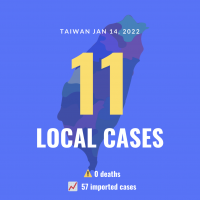 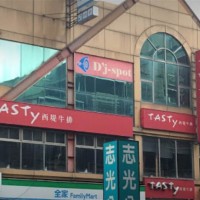