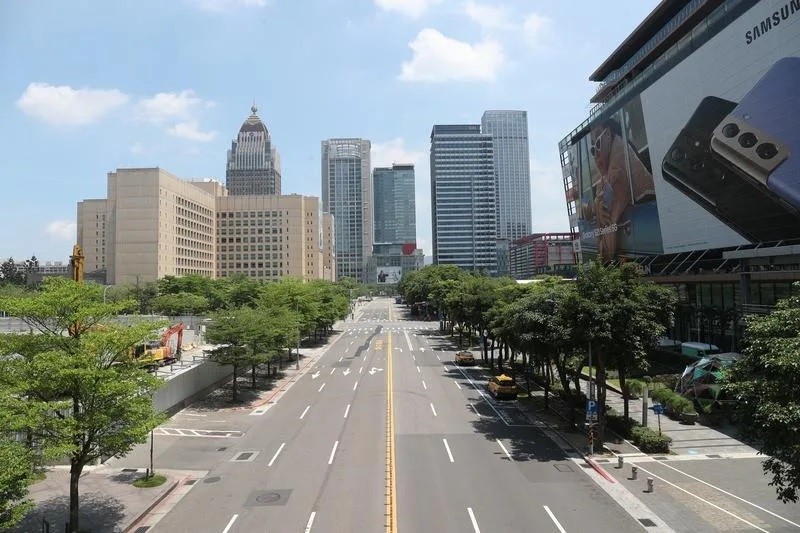 TAIPEI (Taiwan News) — Taipei, a city of over 2.6 million, became an abandoned "ghost city" by Sunday (May 16) after a massive surge in coronavirus cases was reported over the weekend.

Taiwanese were terrified to learn that after over a year of keeping the coronavirus in check, an unprecedented 180 COVID cases were reported on Saturday (May 15), followed by 206 infections on Sunday. In response, both Taipei and New Taipei imposed Level 3 epidemic control restrictions, effective immediately.

The new restrictions, along with anxiety over the spread of the virus, prompted most residents of Taipei to stay in their homes on Sunday. Areas that are normally bustling with throngs of people on Sundays were almost completely empty.

Ridership on Taipei's Metro also dropped off substantially. Only 590,000 passengers took the MRT on Sunday, 1 million fewer than a week ago, leaving many stations looking desolate and devoid of humanity.