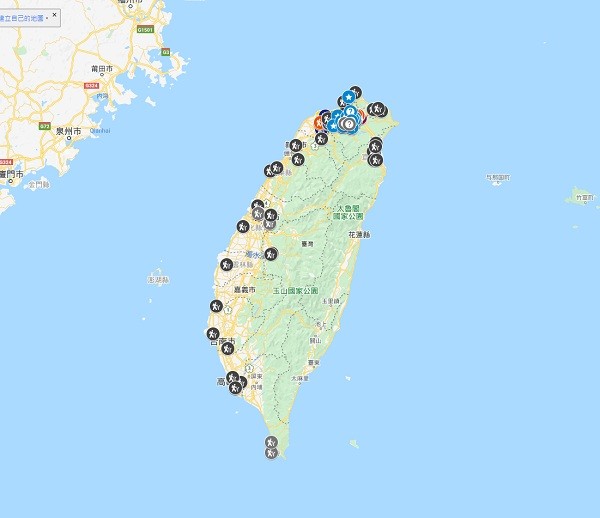 TAIPEI (Taiwan News) — As contact tracing has become very difficult in the wake of a surge of 180 confirmed COVID-19 cases reported by the Central Epidemic Command Center (CECC) on Friday (May 14), several enthusiastic netizens have marked out potential hot spots for infections on Google Maps, making it easier for people to check if they have passed through those areas during the relevant timelines.

Ettoday has listed three such maps dealing with CECC data released since May 14. It is important to note that although the maps were created by netizens using CECC data, the maps do not carry the imprimatur of the CECC.

The COVID-19 hot spot map is based on the footprints of confirmed cases recently announced by the CECC during its briefings and through its news releases as well as of disinfection locations and their neighboring areas.

The map is made according to the footprints of overall confirmed cases recently announced by the CECC and local governments.

The map is a collection of the footprints of confirmed domestic cases recently announced by the CECC. For a link to the map, please click here.