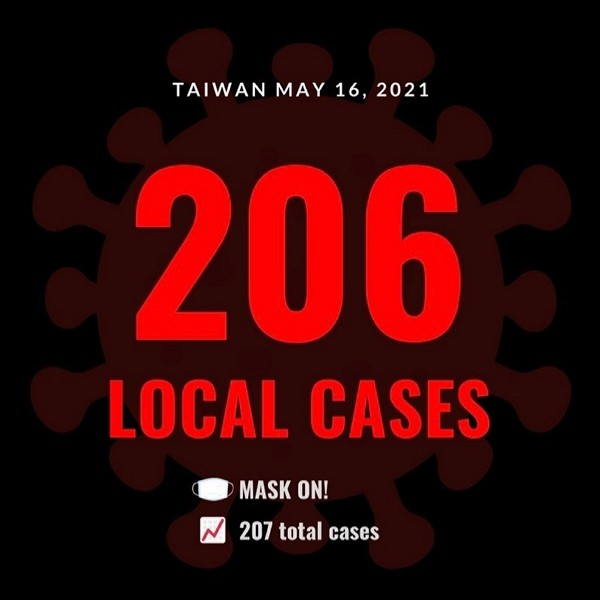 TAIPEI (Taiwan News) — Taiwan's Central Epidemic Command Center (CECC) on Sunday (May 16) reported 206 local COVID-19 infections and one imported, setting yet another single-day record since the start of the pandemic.

CECC head Chen Shih-chung (陳時中) said the 206 new local infections were comprised of 90 males and 116 females between the ages of four and 80. He said the new cases were scattered across eight cities and counties, with Taipei and New Taipei remaining hot spots for the disease and each recording 97 and 89 cases, respectively.

48 cases are still under investigation.

In addition to the alarming number of additional domestic cases, Taiwan also reported one imported case from India. The case is an Indian woman in her 20s who arrived in Taiwan on May 8 and tested positive for COVID-19 on May 15.

The new cases reported Sunday brought the total number of COVID-19 infections in Taiwan to 1,682, of which 550 have been confirmed as domestic. Up until now, 12 individuals have succumbed to the disease in the country.