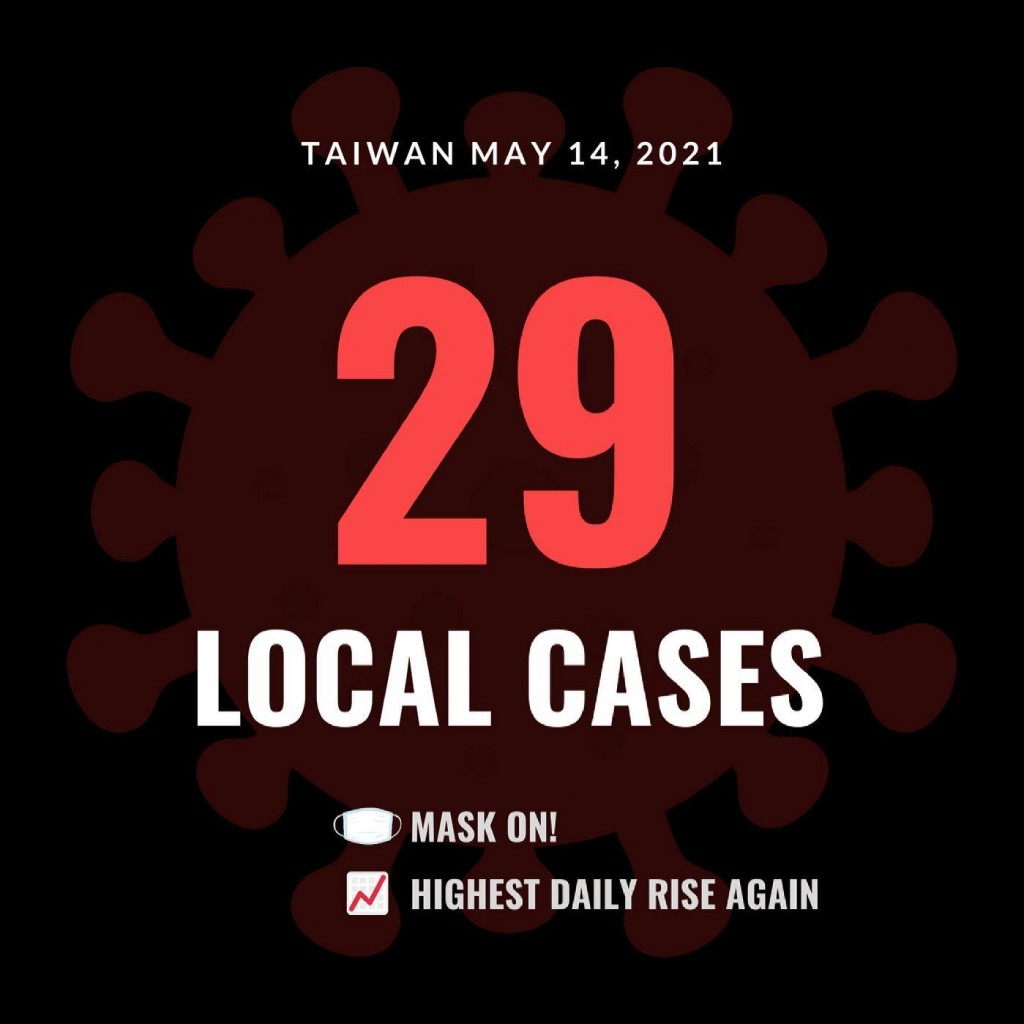 Health Minister and CECC head Chen Shih-chung (陳時中) announced 34 new coronavirus cases, including five imported cases and 29 local infections — a record one-day high for Taiwan since the pandemic began. All of the new local cases are Taiwanese who reside in north Taiwan, with the exception of one woman who lives in the south.

The local infections are listed as cases No. 1,263 through No. 1,291, and include 16 females and 13 males between the ages of 10 and 70. Four of these confirmed cases are asymptomatic, while 25 began experiencing symptoms between May 2 and 12.

Chen said a preliminary investigation has found a correlation between the new local cases and previously confirmed cases, with 16 related to the tea parlor cluster infection and surrounding area in Taipei's Wanhua District. Five cases are related to the former president of the Lions Club International in New Taipei (case No. 1,203), and one case is related to the Galaxy Baccarat arcade cluster infection in the Yilan County township of Luodong.

Seven cases are still under investigation.

One person (case No. 530) was removed as a confirmed case. The status of one recent case has yet to be determined, and 14 cases are still under investigation.

Up until now, 12 individuals have succumbed to the disease in the country, while 1,107 have been released from hospital isolation, leaving 171 patients still undergoing treatment.