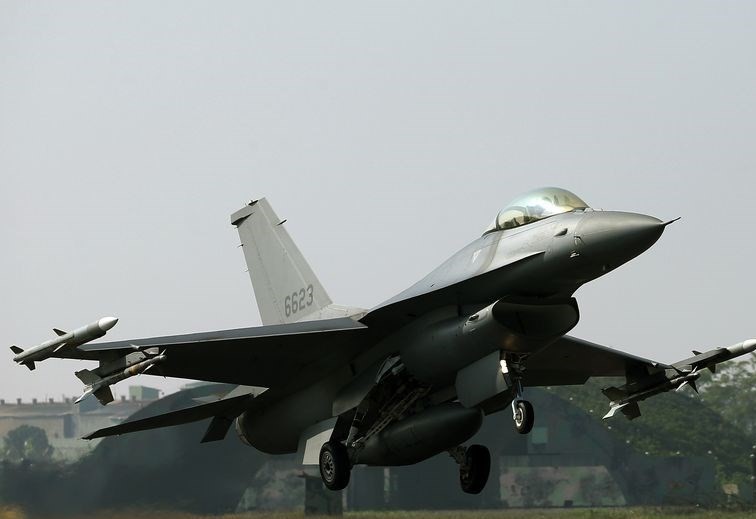 TAIPEI (Taiwan News) — Air Force Command declined to comment on reports Thursday (May 13) that two Taiwan F-16s are making their way back to Taiwan after being upgraded to the Block 70 variant.

An Instagram aviation aficionado, Aeros808, posted a photo Thursday (May 13) showing two F-16s taking off at Daniel. K. Inoue International Airport in Honolulu, Hawaii. One of the aircraft displayed the serial number 6621, which is a Taiwanese military number, and the other had the serial number 93-708, an American number, Liberty Times reported.

The pair of fighter jets are expected to make a pit stop in Guam before flying home, based on previous deliveries. They will then be handed over to Aerospace Industrial Development Corporation for their scheduled performance trials.

Air Force Command has not released any statement on the aircraft spotted in Hawaii, and a Ministry of Defense spokesperson said it had no comment.

Under the “Phoenix Rising” project (鳳展專案), a number of F-16s are currently being retrofitted in the U.S.and will be flown back to Taiwan in batches by Taiwanese and American pilots. The project, carried out in cooperation with Lockheed Martin, costs NT$110 billion (US$3.93 billion) and will see the East Asian nation’s 141 F-16 A/Bs upgraded to the Block 70 variant.

In addition, the Air Force has purchased 66 new F-16V (Block 70) fighters from the U.S. and will deploy the jets at Taitung’s Chihhang Air Force Base after taking possession of them.