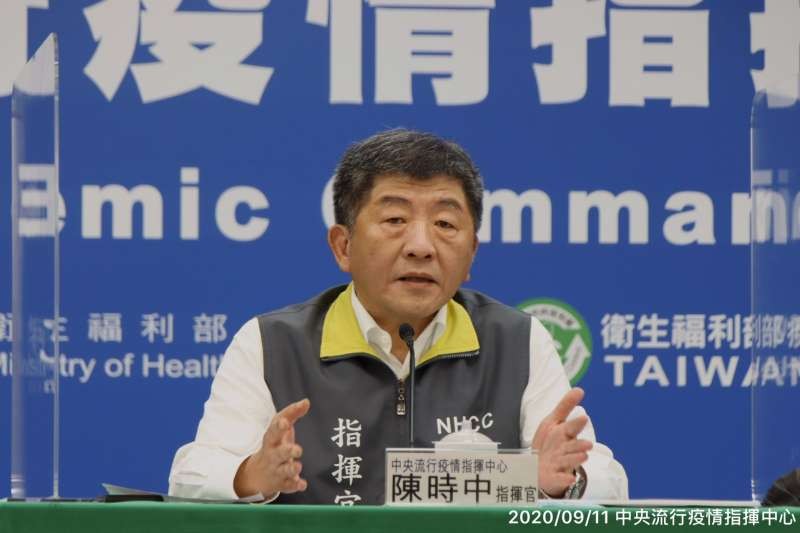 During a press conference on Thursday, Health and Welfare Minister and CECC head Chen Shih-chung (陳時中) announced 13 local and 12 imported coronavirus cases. Of these cases, nine are tied to a cluster infection first detected in a former Lions Club International president, case No. 1,203, and three are tied to a cluster associated with tea parlors in Taipei's Wanhua District.

They include seven men and two women ranging in age from their 30s to their 80s. Of these cases, four are asymptomatic, with the onset of symptoms occurring between May 6 and May 11.

The nine were tested because they were listed as contacts of case No. 1,203. With the addition of the nine new infections, there are now 20 cases tied to the Lions Club officer.

According to Chen, cases 1,247, 1,252, and 1,254 are women ranging in age from their 30s to their 50s who worked in three different tea parlors in Taipei's Wanhua District. The three began developing symptoms of the virus from May 8 to May 10 and they sought treatment at nearby clinics.

They were then tested for the coronavirus at a hospital on May 11 and 12, and all three were diagnosed with COVID-19 on May 13.

Chen stated that case No. 1,249 is a man in his 60s who developed a cough and sneezing on May 5. He then experienced a fever, muscle soreness, sore throat, and headache on May 7.

He went to a clinic for treatment, but the symptoms continued. As he continued to have a fever, he went to a hospital to be tested for the disease on May 12 and was diagnosed with COVID-19 on May 13.

After a preliminary investigation, the health department determined that the man had frequented the Wanhua District and he is now considered the seventh person in the tea parlor cluster. The health department has identified three contacts, who have entered home isolation and have been tested for the coronavirus.