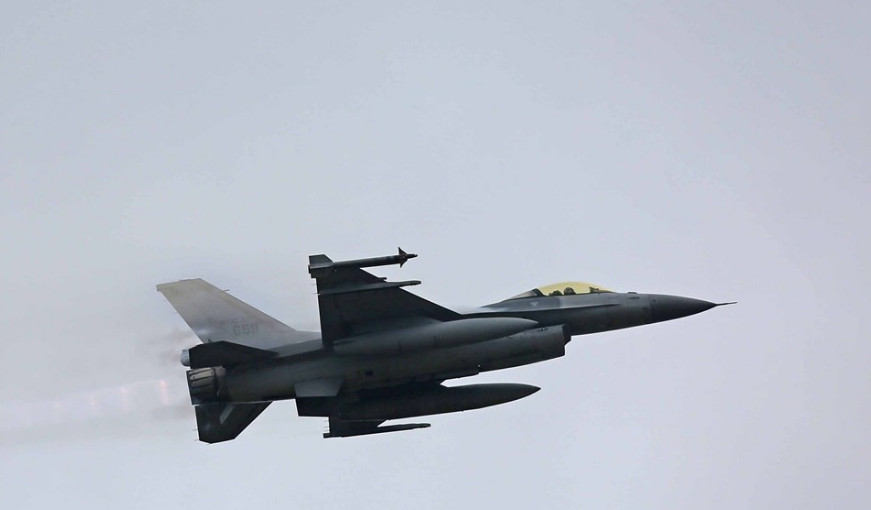 Four F-16V fighter jets, each armed with two medium-range AIM-120 missiles and two short-range AIM-9X missiles, lifted off from Chiayi Air Force Base on Tuesday at 5:35 a.m. After flying in formation, two of the jets each launched an AIM-120 missile, both of which successfully hit their targets. After completing the drill, all four aircraft returned to base at 6:30 a.m.

The Ministry of Defense (MND) stated that it is satisfied with the results but pointed out it is a highly classified mission. The ministry also mentioned that it is cooperating with the Air Force in carrying out weekly combat readiness exercises, as well as conducting target practice drills involving air, surface, and ground weapons, Liberty Times reported.

The U.S. first agreed to sell 200 AIM-120 missiles to Taiwan in September 2000, but at the time it stored the weapons in Guam. It was not until China acquired the Russian-made Vympel NPO R-77 missile in 2003 that Washington shipped the AMRAAMs to Taiwan. In 2007, the MND purchased 218 more AIM-120s and deployed them in Hualien and Chiayi for its F-16 fleet stationed there.

MND officials pointed out that Taiwanese Air Force pilots first test-fired the AIM-120 at Guam’s Andersen Air Force Base in October 2000, while the second time was at an air force base in Arizona in early 2001. Tuesday’s exercise was the first time the weapon was fired in Taiwan.

Su Tzu-yun (蘇紫雲), an analyst at the Institute for National Defense and Security Research, pointed out that the fact the Biden administration is willing to authorize Taiwan to test such a technologically advanced and sensitive weapon given its proximity to China demonstrates Washington’s friendly and trusting attitude towards Taipei.

Democratic Progressive Party legislator Wang Ting-yu (王定宇) said he believes this event can be interpreted as a sign of mutual trust between the U.S. and Taiwan, while also demonstrating to Beijing that Taiwan is militarily prepared to counter a Chinese attack.