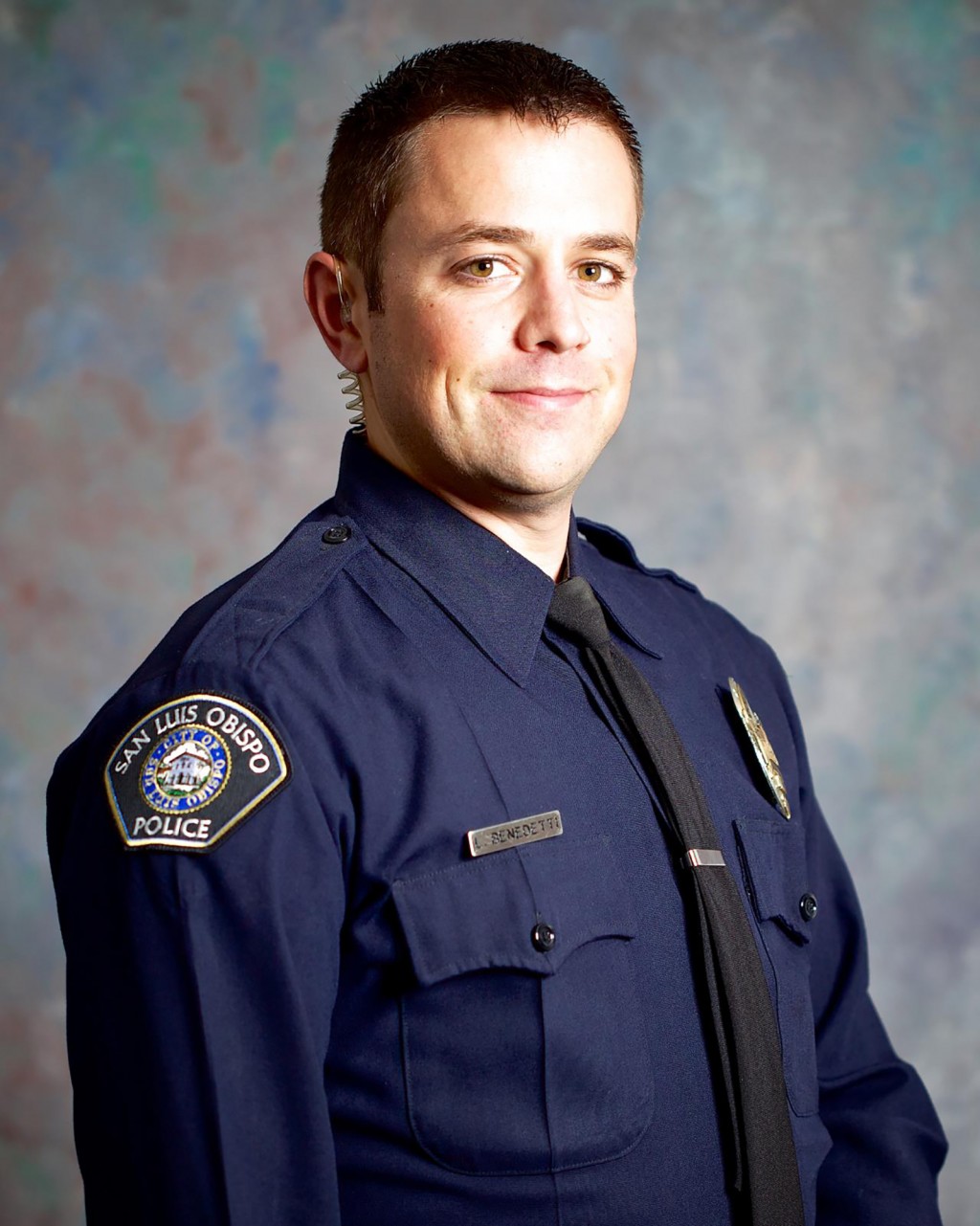 LOS ANGELES (AP) — As two police departments in California mourn the loss of their officers — shot and killed in the line of duty in two separate incidents within 24 hours — new details have emerged about the violence that occurred during a week meant to honor law enforcement nationwide.

The shootings happened during National Police Week, an annual event that honors law enforcement officers who were killed or disabled in the line of duty.

In the Stockton killing, police revealed a more detailed account of the violence in a Facebook post written hours after the shooting. The events unfolded following a disturbance at a home Tuesday morning, with a caller saying there was a woman bleeding. Inn knocked on the residence's door and stood off to the side, police said.

A second officer, identified late Tuesday as Pancho Freer, arrived at the scene to gunshots and saw the man standing over Inn and holding a gun, police said. The man began firing at Freer, striking his patrol car. Freer returned fire from inside the vehicle.

The man, later identified as 30-year-old Lance Lowe, went back inside the home and came back outside moments later, holding his 8-year-old son. Lowe began to strangle his son in the front yard, ignoring Freer's commands. As Freer came toward them, a bystander tackled Lowe.

As soon as the child was free, police said, Freer fired multiple times at Lowe. Lowe and Inn were taken to the hospital, where both were pronounced dead.

The child was medically cleared and released to his mother. The woman who was reported bleeding in the initial emergency call had walked away from the home and police are still trying to find her.

A Glock handgun was found at the scene, police said.

In San Luis Obispo, a central California city about 250 miles (402 kilometers) south of Stockton, Benedetti and five other officers went to an apartment Monday evening for an investigation into items stolen in a string of late-night commercial burglaries, police said.

Police said gunman Edward Zamora Giron was lying in wait inside and fired at the officers before shooting and killing himself, police said. He also suffered wounds sustained in the shootout. Police initially said that he had been killed by officers’ fire.

Benedetti and Detective Steve Orozco were struck in the gunfire. Orozco is expected to fully recover from his injuries.

Giron's friends told The San Luis Obispo Tribune that he had suffered from mental illness that worsened during the pandemic after losing his job at a climbing gym called The Pad Climbing. Known to the local rock-climbing community as “Eddie,” Giron was a former gym employee who allegedly burglarized it early Monday morning, according to an Instagram post by the gym.

The gym's CEO, Kristin Horowitz, told the newspaper on Monday that she believed the business lost up to $20,000 in equipment. Authorities on Tuesday said they had recovered some stolen property at Giron's home but would not say if any of it belonged to The Pad.

Nasim Delavari, a friend of Giron's since 2016 who was also a rock climber, told The Tribune that she came to understand that Giron had a hard upbringing. He had developed issues with alcoholism, she told the newspaper, and suffered from some degree of mental illness which included symptoms such as paranoia. She said he began to spiral after losing his job at the gym, but she did not know the circumstances that led to it.

“I have never seen him be violent toward me or any of my friends ever. Even when it was clear he was suffering from mental illness, he was always so compassionate, so present and a great friend,” Delavari told the newspaper. “I never felt unsafe around him, ever.”

Benedetti’s fellow officers recalled his devotion to his family and his love for law enforcement. The 37-year-old is survived by his wife, Grace, and two young daughters. He was a a 12-year law enforcement veteran and a detective in the city’s police department, as well as a member of the regional SWAT team.

Benedetti was born in San Francisco to Italian immigrant parents and grew up in the Bay Area, according to a GoFundMe organized by a regional SWAT team and the San Luis Obispo Police Officers’ Association. The money raised will go to his family.

“As a community, we cannot fix this loss, but we can provide love, prayers and financial support to those left behind tasked with picking up the pieces of this broken family,” the GoFundMe states.

Inn, 30, is survived by his wife, who is also a Stockton police officer, as well as a 7-month old son, a 12-year-old stepdaughter and a 14-year-old stepson. He was remembered as an optimistic and popular officer.