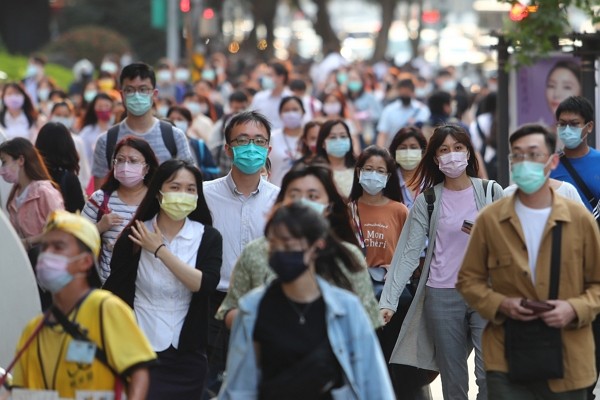 Taiwan may raise its COVID-19 alert level in the “coming days,” Health Minister Chen Shih-chung said on Wednesday (May 12), warning of an extremely serious situation that sent the island’s stock market tanking.

On Tuesday, Taiwan announced plans to restrict public gatherings as a result of a cluster of six new cases with no clear infection source, an unusual outbreak for the island that had kept a tight lid on community outbreaks.

Describing the situation as “very serious,” Chen told parliament the level could be lifted a notch to three, limiting gatherings to five people indoors and 10 outdoors, as well as closing of non-essential businesses.

“If there is the slightest failure in containment, then we will soon enter level three,” Chen said.

President Tsai Ing-wen called on people not to panic, and said there were plenty of medical supplies.

“At this moment the challenge is still severe. Please be alert and follow the guidelines. I believe we will be able to overcome this challenge together,” she said at the headquarters of the ruling Democratic Progressive Party.

Taiwan has done a great job in curbing the virus and people should guard the country so its booming economy can continue, Tsai added.

The benchmark stock index, which at one point fell more than 8%, closed down 4.1%, its biggest percentage fall since March 2020.

“If (the COVID-19 alert status) is raised to level three, a lot of businesses won’t be able to operate, and at level four classes and offices will be closed,” said Yeason Jung, an analyst at Capital Futures in Taiwan. “There are short-term panic selling pressures emerging.”

But if the situation worsens, Juan said he did not rule out calling a meeting of the National Stabilisation Fund, which the government can use to intervene in the stock market in case of large fluctuations.

“Cases are pretty low, but you can see we’re in an environment now where investors are cautious,” he said.

“Even though I doubt very much the restrictions will have an impact on export-orientated sectors, investors are playing it safe and that’s contributed to the selloff.”

Taiwan largely closed its borders early in the pandemic and has a robust contact tracing and quarantine system, keeping infections to 1,210, including 12 deaths, and allowing life to stay close to normal.

The government this week asked hospitals across Taiwan to allocate enough wards for potential new infections, Chen said, adding they are capable of providing 3,000 beds to treat patients.