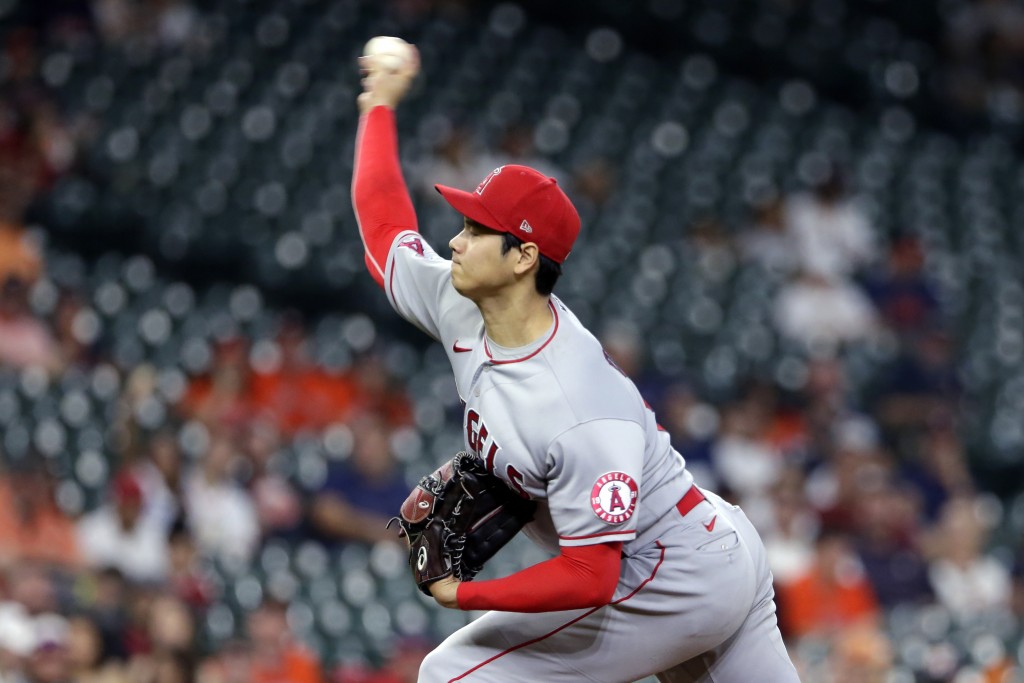 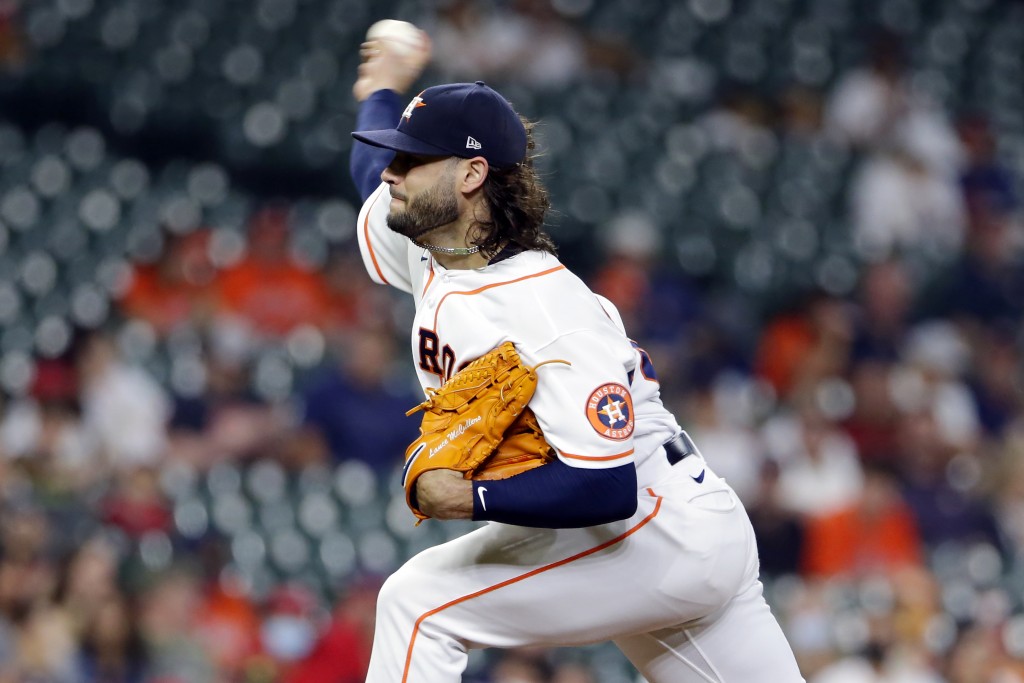 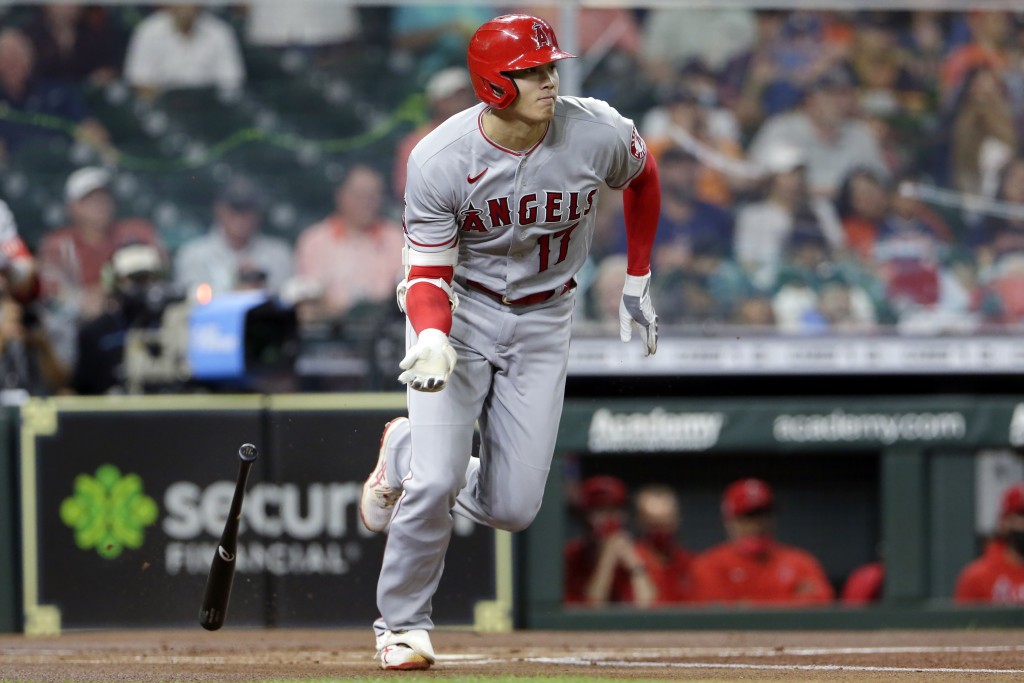 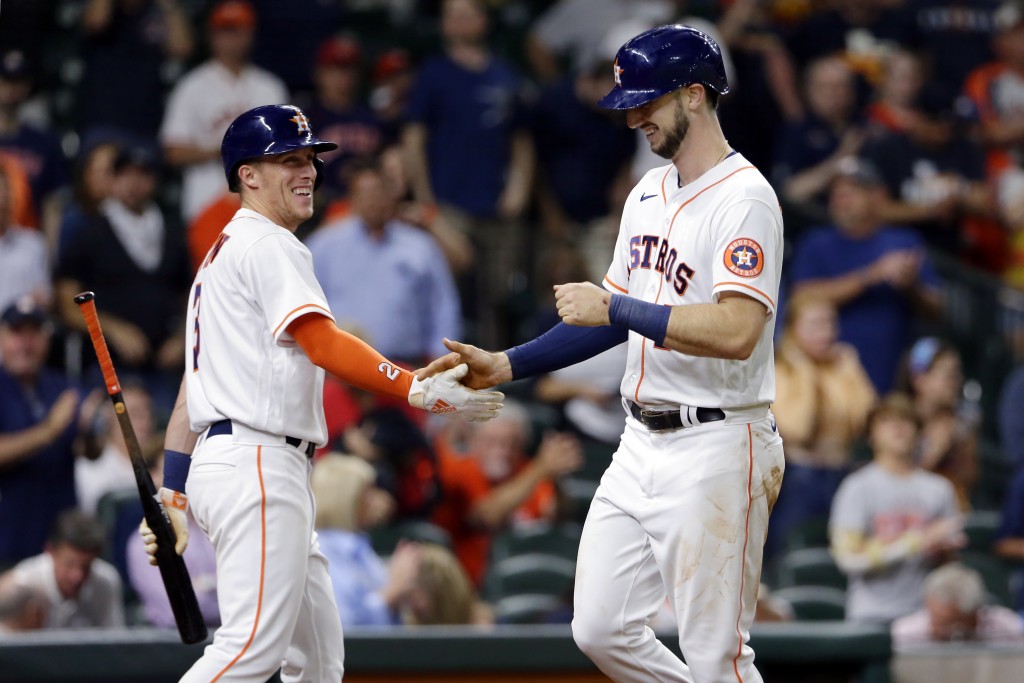 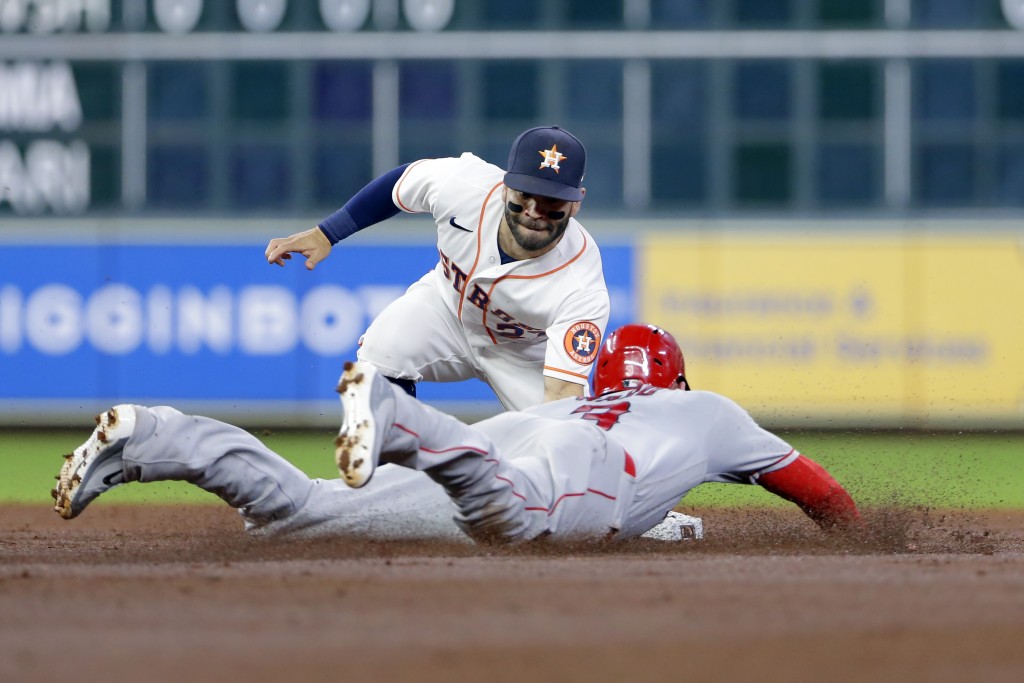 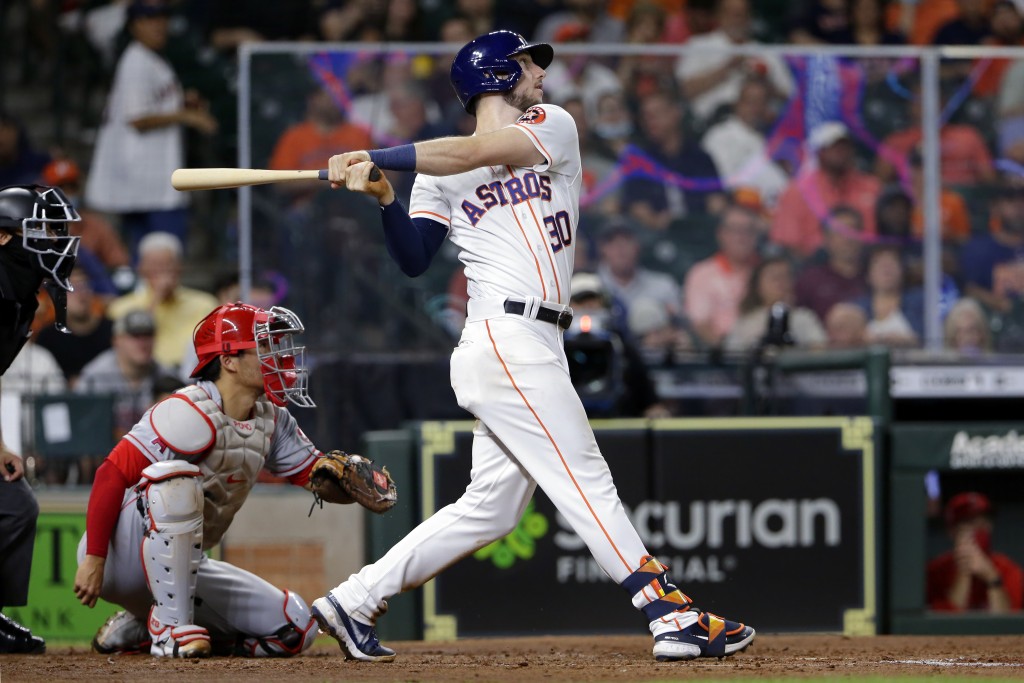 HOUSTON (AP) — Shohei Ohtani struck out 10 in an impressive duel with Lance McCullers Jr., and the Houston Astros broke loose against the Angels' bullpen to beat Los Angeles 5-1 Tuesday night.

Ohtani allowed one run and four hits with one walk in seven innings, solving his control troubles in his longest start of the season. The two-way star then moved to play right field, and Yuli Gurriel homered during Houston's four-run eighth.

Ohtani batted second and went 1 for 4, striking out twice.

McCullers (3-1) yielded three hits, including a homer by Taylor Ward, while tying a season high with nine strikeouts in going eight innings, his longest start this season. He walked two.

Angels reliever Aaron Slegers (2-1) walked Martín Maldonado to begin the eighth and Aledmys Díaz singled with one out. Alex Claudio took over and was greeted with an RBI single by Michael Brantley that put Houston on top 2-1.

Ohtani's appearance in right field marked the second time in his MLB career that he’s played a position other than pitcher. He played left field for an inning in his last trip to Houston this season.

It was the third time this season that he’s hit on the same day he’s pitched, making him the first player in MLB history to do so in three games where a designated hitter was available, passing Ken Brett, who did it twice in 1976 for the White Sox.

Ohtani had allowed just two singles when Tucker opened Houston’s fifth with his solo shot to the seats in left field to put the Astros up 1-0.

McCullers had given up only one hit and retired 11 in a row when Ohtani singled to start the seventh. Mike Trout walked after that, but Jared Walsh grounded into a double play before Justin Upton grounded out to end the threat.

There was one out in the eighth when Ward homered to the third row of the seats in right field to tie it at 1-all.

Angels: 3B Anthony Rendon, who has been on the injured list since May 3 with a left knee bruise, said Tuesday night he’s feeling “pretty good,” but isn’t sure when he’ll return. Manager Joe Maddon is hopeful that Rendon can return sometime during this weekend’s series at Boston. ... RHP Junior Guerra was placed on the 10-day injured list on Tuesday with a strained right groin.

Astros: RHP Jake Odorizzi is expected to throw live batting practice on Wednesday. He’s been on the injured list since April 24 with strained muscle in his right arm. ... LHP Framber Valdez, who has been out since fracturing his left ring finger on March 2, is expected to throw a bullpen in Houston this week before beginning a minor league rehab assignment.