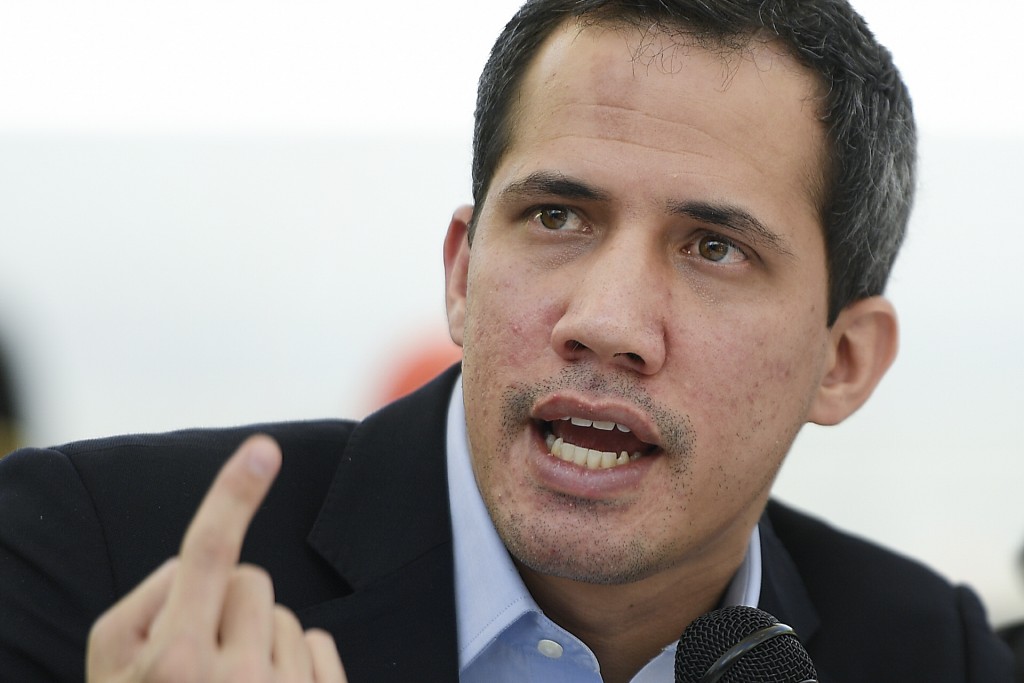 CARACAS, Venezuela (AP) — The opposition leader recognized by the U.S. and dozens of other countries as Venezuela's legitimate leader on Tuesday proposed negotiations with the government on resolving the country's crisis and a possible gradual lifting of sanctions.

In offering to work with President Nicolás Maduro's administration toward a “National Salvation Agreement,” Juan Guaidó said it is necessary to seek “realistic and viable solutions” to Venezuela’s social, economic and political crisis.

His announcement through a video on Twitter follows a series of measures recently adopted by Maduro’s government aimed at improving relations with the administration of U.S. President Joe Biden.

Guaidó said any agreement must be reached through negotiations involving the opposition, pro-government forces and the international community.

He described as essential “the commitment of the international community to achieve this recovery of Venezuela and offer incentives to the regime, including the progressive lifting of sanctions” imposed by the United States and other countries.

Maduro’s government did not immediately respond to a request for comment from The Associated Press.

The pitch from the opposition leader echoes previous proposals that did not materialize, but it comes at a time when Maduro appears open to making concessions to the U.S. government in exchange for the lifting of the crippling sanctions imposed by the Trump administration. Those restrictions have made it difficult for Venezuela to develop, sell or transport its oil — key to the economy — and they also froze personal assets held abroad by key government officials.

Maduro’s recent moves showing a willingness to engage with the Biden administration and international community have also diminished the profile of Guaidó, who had consistently rejected negotiating with Maduro’s socialist government.

Last week, Venezuela’s National Assembly named two opposition stalwarts, including a formerly jailed activist, as election officials, marking the first time since 2005 that the opposition will have seats on the five-person National Electoral Council. The breakthrough agreement was hatched during weeks of behind-the-scenes negotiations between representatives of the Maduro government and moderate opponents.

In April, Maduro agreed to allow the United Nations World Food Program to establish operations in the country aimed at providing school lunches. U.S. officials had been demanding that Venezuela allow such aid, which it had long resisted. He followed that agreement with the partial release of six employees of Houston-based Citgo who were jailed more than three years ago on corruption charges that U.S. officials consider unfair.

On the campaign trail, Biden called former President Donald Trump’s policy of pushing for regime change in Venezuela an “abject failure” that has served only to strengthen the socialist leader.

Senior officials at several federal agencies have been weighing U.S. options, including whether to ease the oil sanctions and whether to support an attempt at dialogue between Maduro and his opponents, according to two people familiar with the plans. The people insisted on anonymity to discuss classified diplomatic matters.

The U.S. and about 60 other countries have recognized Guaidó as Venezuela’s legitimate president, arguing that Maduro’s re-election in 2018 was fraudulent. As acting president of the previous National Assembly, Guaidó declared himself interim president in 2019.