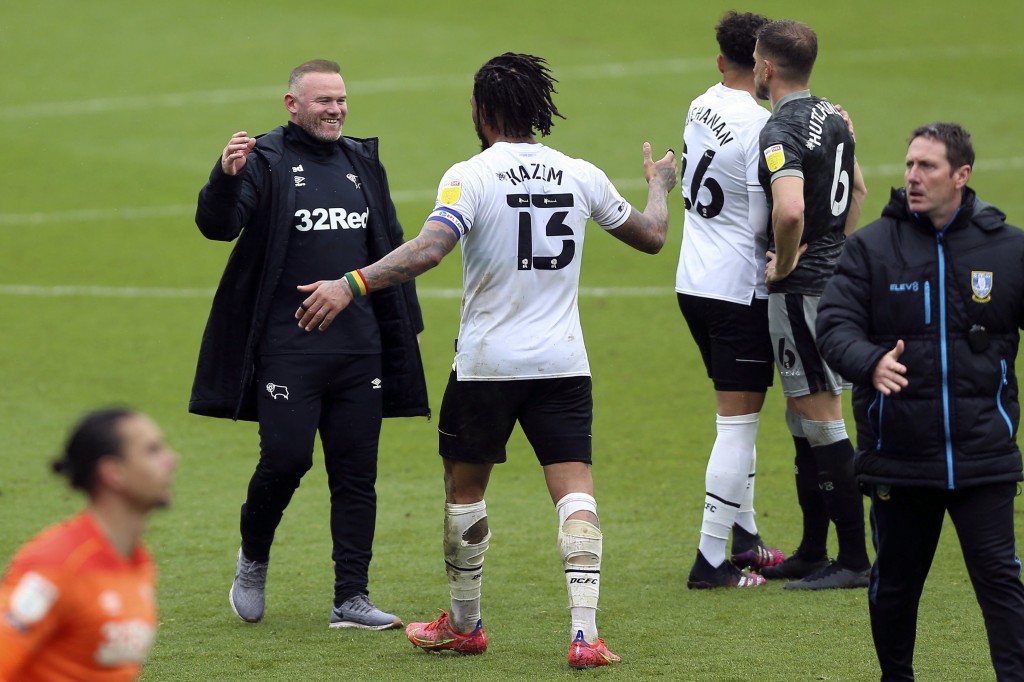 It was unclear on Tuesday whether any punishment would be applied to this season or next, with the EFL saying there was “no definitive timescale” for proceedings.

Derby stayed up by only one point after Saturday's final round of matches in the second-tier Championship.

The club was cleared of FFP violations last year, with a disciplinary commission dismissing evidence by the EFL questioning the valuation of player registrations.

An independent league arbitration panel concluded the commission was wrong to dismiss the EFL's evidence.

Derby and the EFL will have the opportunity to make submissions on the appropriate sanction arising out of those breaches.

Rooney, the record scorer for England and Manchester United, took over at Derby first on an interim basis as player-coach and then permanently in January upon his retirement.