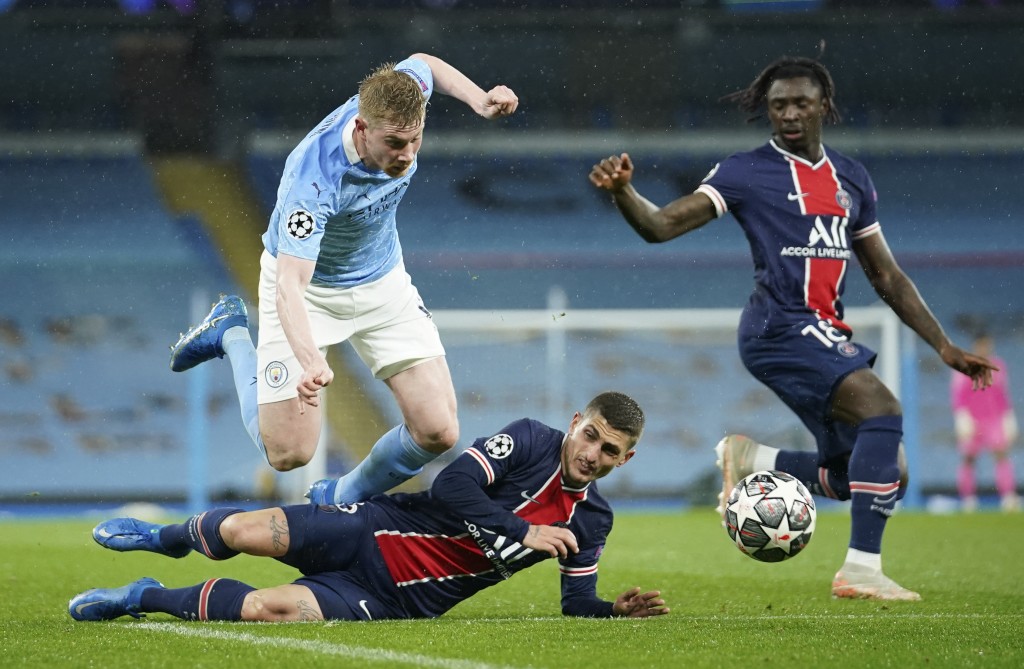 PARIS (AP) — Paris Saint-Germain midfielder Marco Verratti will miss the rest of the season because of a right knee injury, the French club said Tuesday.

The Italian will be sidelined for four-to-six weeks, possibly forcing him to also miss the European Championship. Italy's opening match at Euro 2020 is scheduled for June 11 in Rome against Turkey.

Verratti picked up the injury during training last week and did not play in PSG's 1-1 draw with Rennes on Sunday in the French league.

With two matches remaining, PSG trails league leader Lille by three points. PSG, which has also been eliminated from the Champions League, remains in the French Cup and will take on Montpellier in the semifinals this week.