The South Korean company has been having difficulties producing advanced products such as smartphone central processing units, in addition to losing market share in contract manufacturing, according to Nikkei Asia. Falling behind in advanced semiconductors could affect other key Samsung divisions like semiconductor memory and smartphones.

Samsung on April 29 reported that operating profit for its semiconductor division had fallen 16 percent on the year to 3.37 trillion won (US$3.03 billion) for the first quarter, which was the first profit fall in a year, despite overall sales increasing 8 percent to 19.01 trillion won, Nikkei said.

Analysts say the drop was caused by Samsung’s non-memory business, which deals with contract manufacturing of CPUs and communication chips. In February, Samsung’s chip facility in Austin, Texas, was forced to temporarily shut down for one month after a statewide power outage was triggered by extreme cold, costing the company more than 300 billion won.

The report said that Samsung has also been slower to introduce advanced production in South Korea, with some suppliers saying it has delayed increasing yields for its advanced 5 nanometer process. TSMC was able to introduce its 5 nm chips for volume production several months before Samsung.

Part of the reason for the delay, according to Nikkei, was that TSMC was able to secure significantly more units of extreme ultraviolet (EUV) lithography machines, which are exclusively produced by Dutch manufacturer ASML and vital to manufacturing leading-edge semiconductors. ASML said it has shipped around 100 EUV machines around the world, but more than 70 percent have gone to TSMC.

The massive capital investments required for contract manufacturing have also affected Samsung. TSMC announced in April that it would be spending US$100 billion over the next three years for capital expenditures, while the South Korean company plans to spend around US$40 billion in 2021, but most of that will be allotted for its dynamic random access memory and other memory chips.

In the first three months of 2021, TSMC increased its share of contract manufacturing to 56 percent, up 2 percentage points from the same period last year, according to Taiwanese market research firm TrendForce. That share is up 8 percent from two years ago, while second-place Samsung has lost 1 point of market share over the same period. 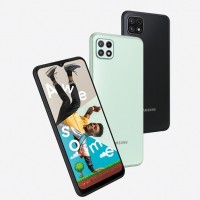