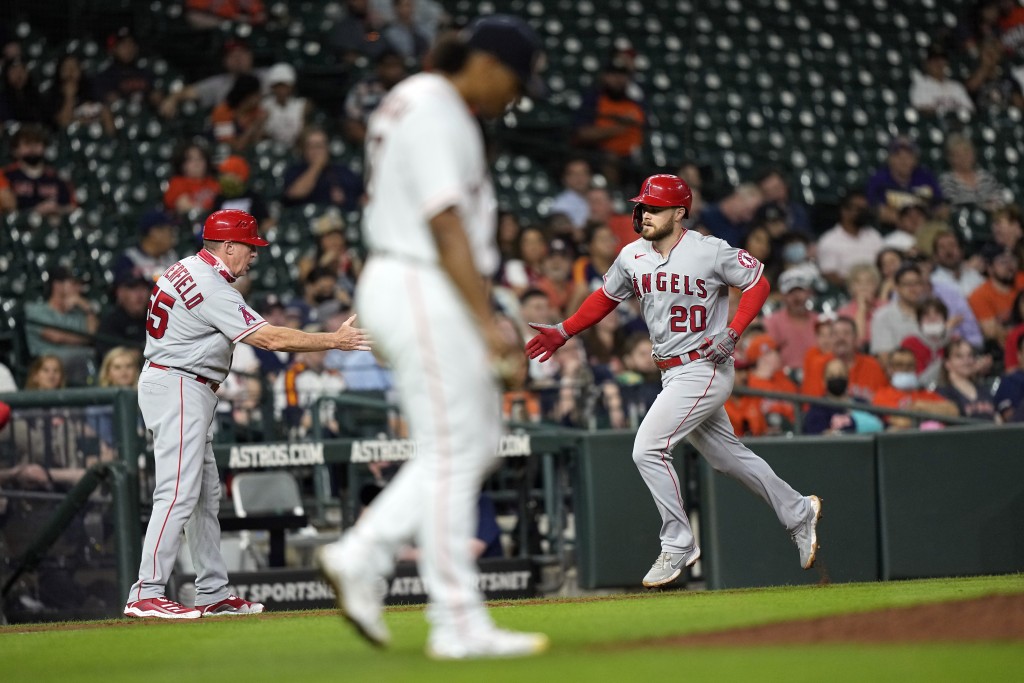 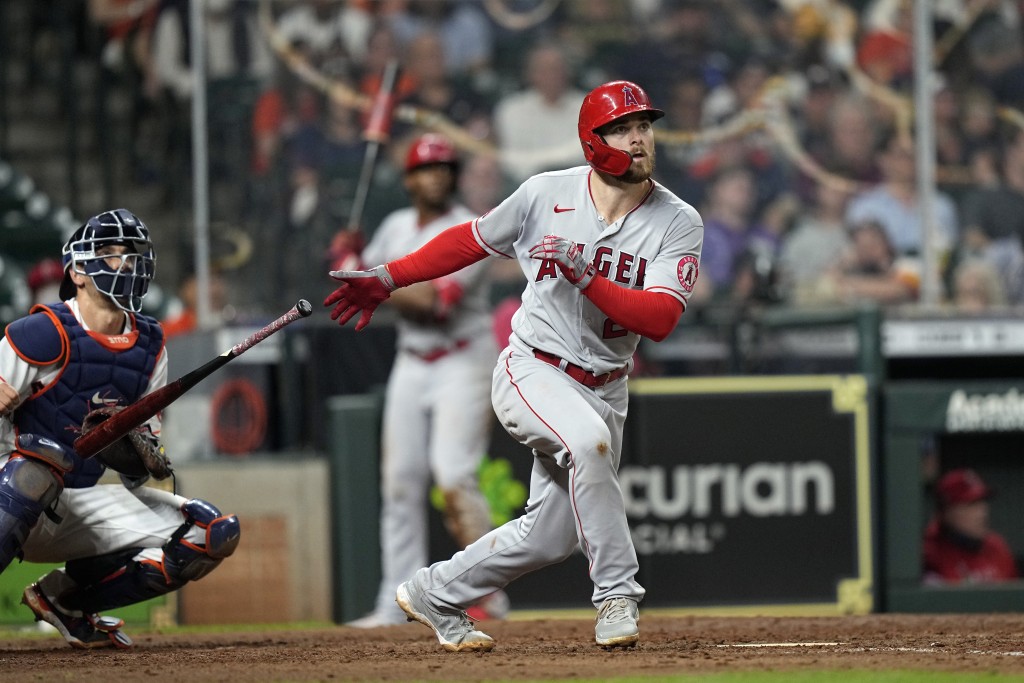 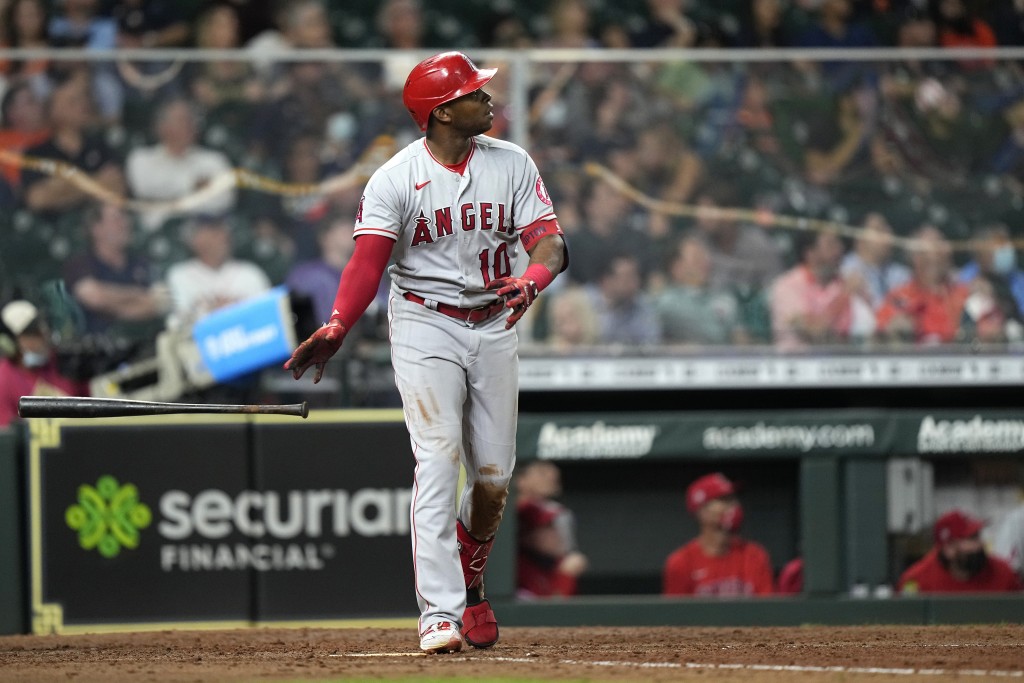 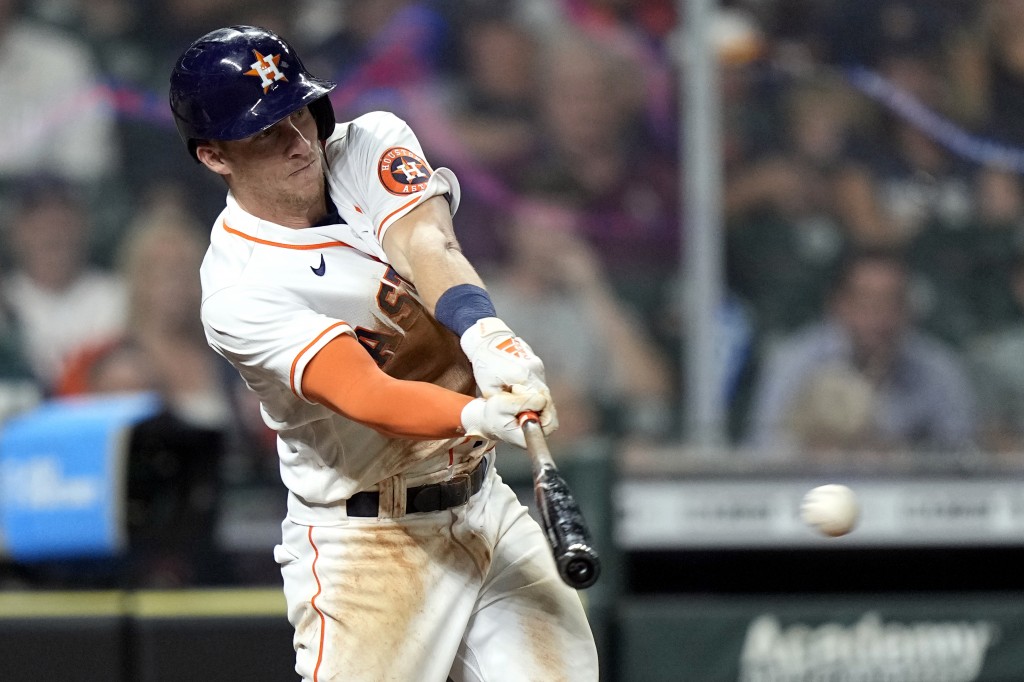 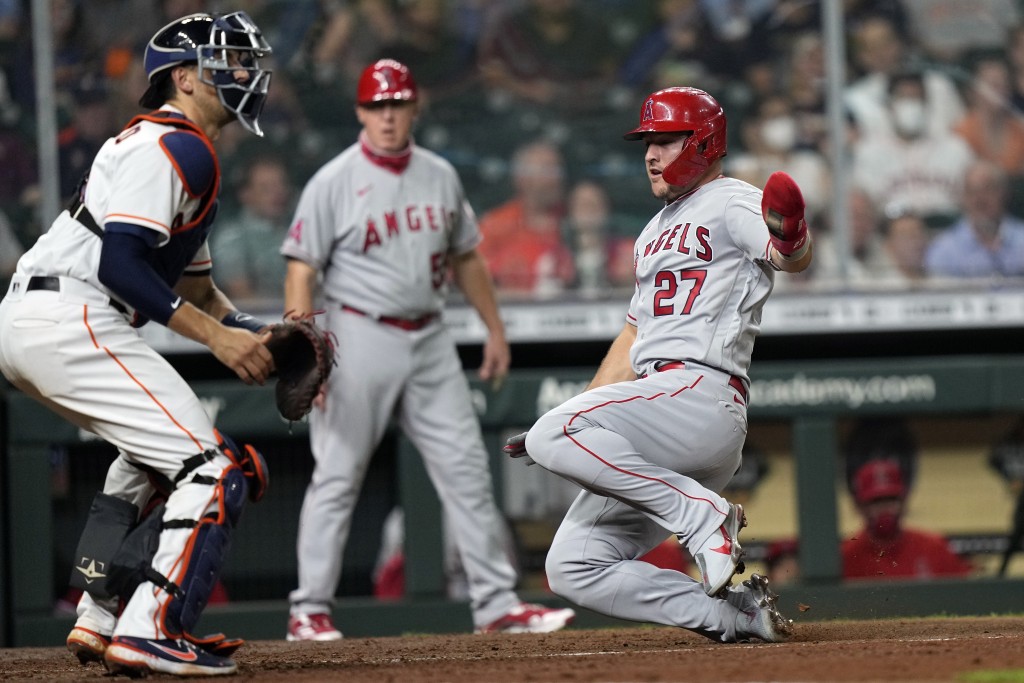 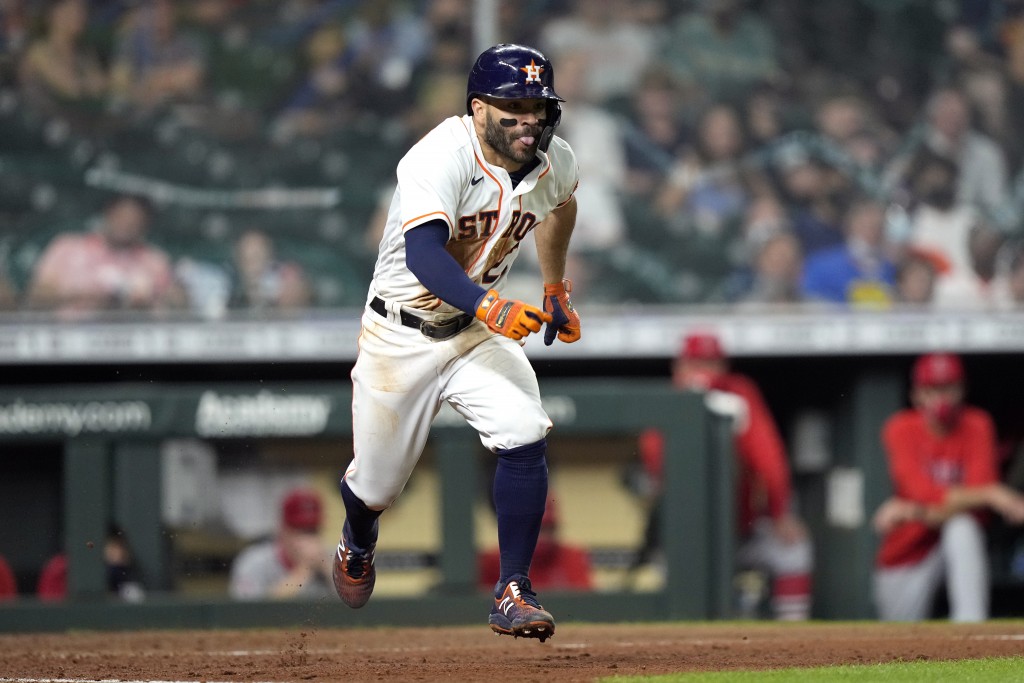 Walsh also doubled and had two RBIs as the Angels got their third win in four games.

The Angels trailed by three and Houston starter Luis Garcia had retired seven in a row before Walsh cracked his homer to the corner of right field with one out in the sixth. Upton followed with his shot, which hit on the wall above the seats in left field, to cut the lead to 4-3 and end Garcia’s night.

Brandon Bielak (1-2) walked Jose Rojas before a double by Taylor Ward. The Angels tied it when Rojas scored on Phil Gosselin's single on a groundball that shortstop Carlos Correa didn’t field cleanly.

The Angels went on top 5-4 when Ward scored on a sacrifice bunt by Drew Butera.

In a bullpen game, José Suarez (1-0) allowed five hits and one run in four innings of relief for the win and Raisel Iglesias allowed one hit in a scoreless ninth for his sixth save.

Myles Straw had two hits and two RBIs for the Astros.

Junior Guerra made his first start since Sept. 2, 2018, filling in as an opener for the Angels with Alex Cobb on the injured list with a blister. Guerra, who has made 12 relief appearances this season, allowed three hits and three runs in one-plus inning.

Guerra walked the first two batters and the Astros made it 1-0 on a ground-rule double by Alex Bregman. Kyle Tucker doubled to open Houston’s second and scored on a single by Straw that chased Guerra.

Suarez took over and walked Castro on four pitches before Jose Altuve grounded into a double play. Michael Brantley made it 3-0 with his RBI double to the corner of left field.

Mike Trout walked to start the fourth and scored on a double to center field by Walsh to cut the lead to 3-1.

There were two outs in the fifth when Correa singled and Tucker walked. Straw’s double to left field scored Correa to make it 4-1.

Angels two-way star Shohei Ohtani had a tough night, going 0 for 5 and tying a season high with three strikeouts.

Angels: 3B Anthony Rendon, who has been on the injured list since May 3 with a left knee bruise, did some work on the field before Monday’s game and could return for the start of Friday’s series at Boston.

Astros: LHP Framber Valdez, who has been out since fracturing his left ring finger on March 2, could throw a bullpen in Houston this week before beginning a minor league rehab assignment. ... RHP Jake Odorizzi is expected to throw live batting practice on Wednesday. He’s been on the injured list since April 24 with strained muscle in his right arm.

The Astros have reached the 85% vaccination threshold for Tier 1 individuals, which allowed them to ease some coronavirus restrictions on Monday. Now that they’ve reached the threshold, they don’t have to wear masks in the dugout or bullpen and no longer must use electronic tracing devices.

Ohtani (1-0, 2.41) is expected hit Tuesday night when he starts against Lance McCullers Jr. (2-1, 3.58). Ohtani has hit on the same day he’s pitched two times this season but has been out of the lineup the last two times he’s pitched.