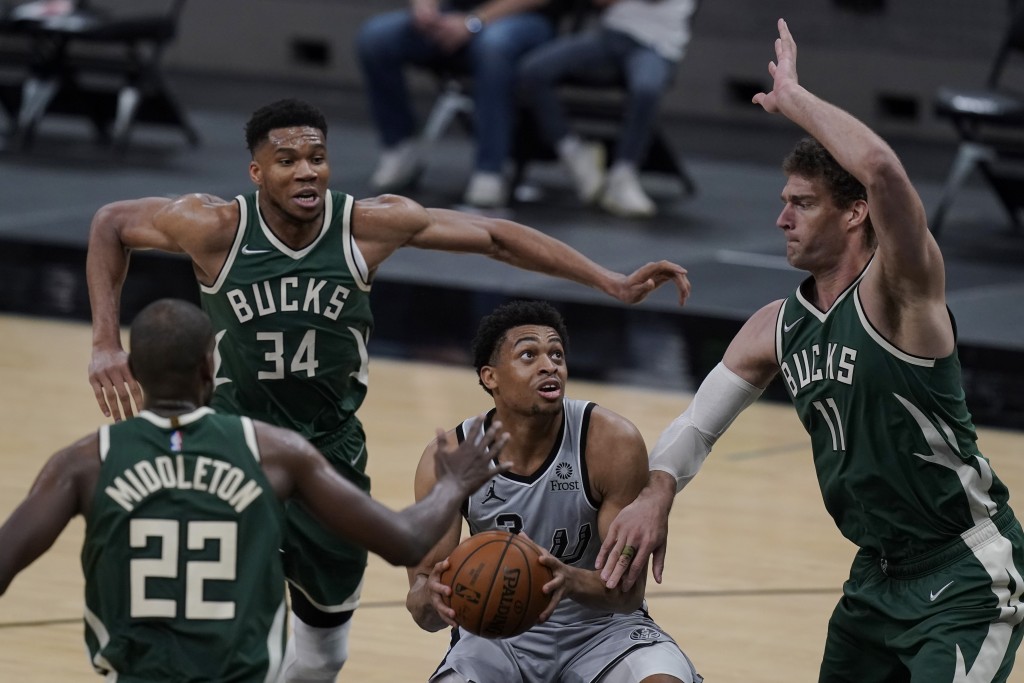 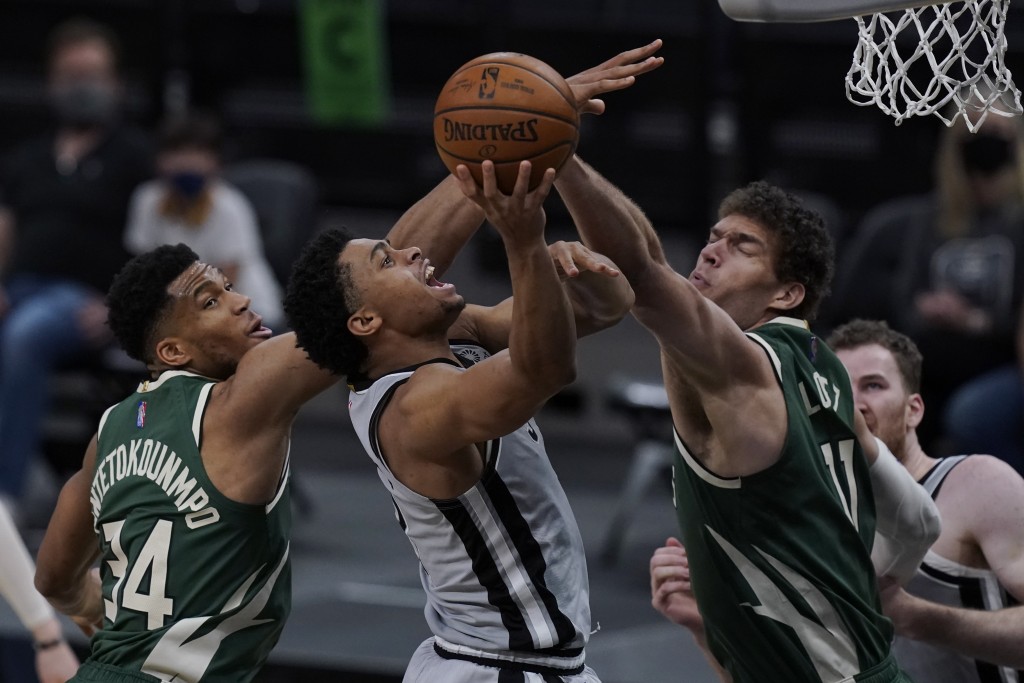 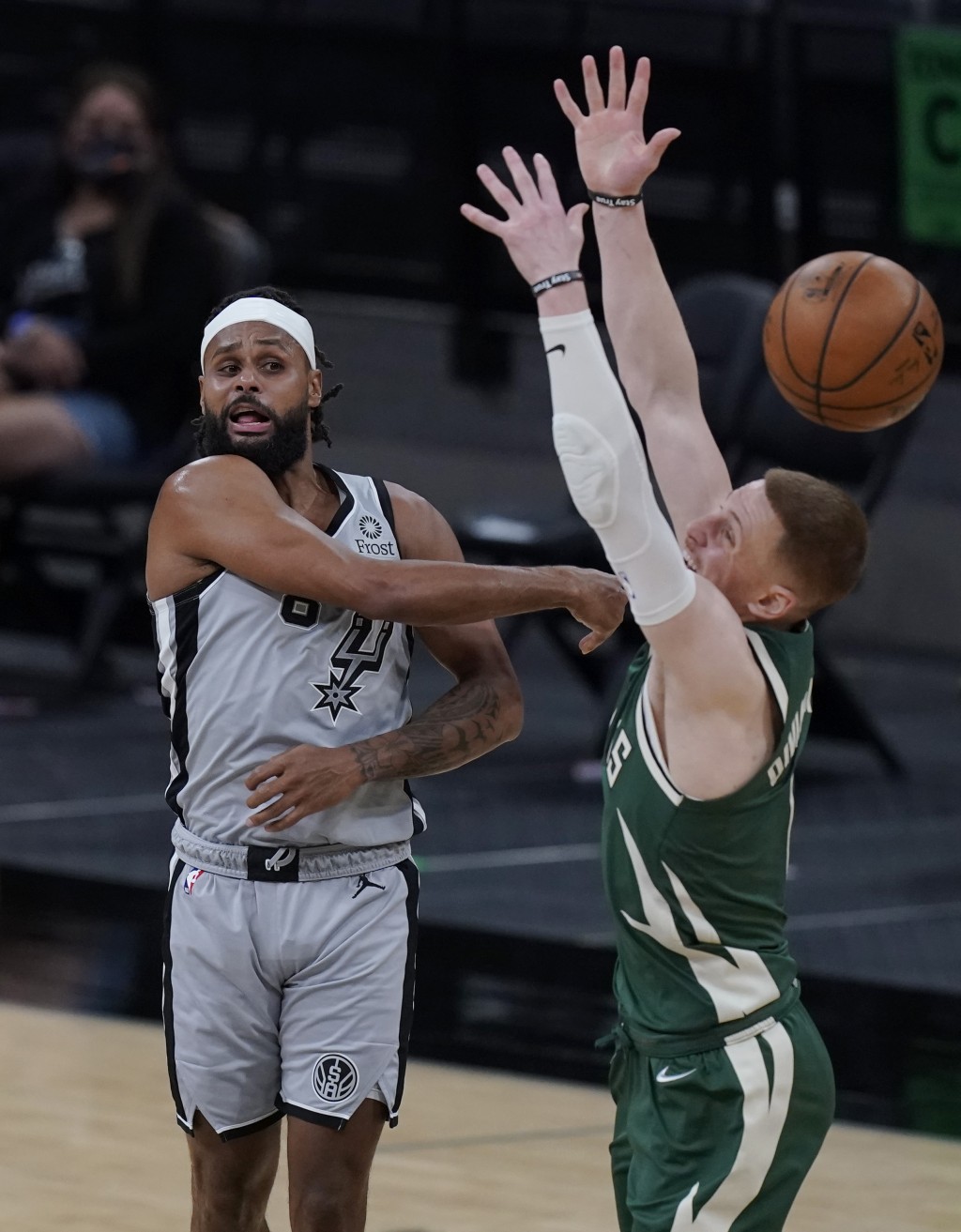 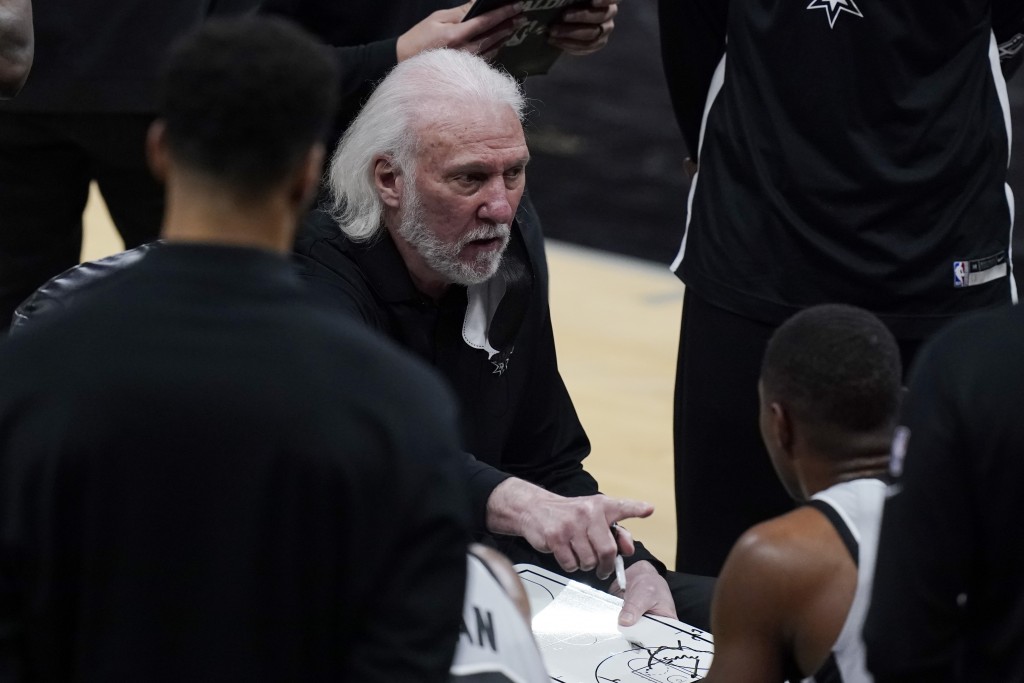 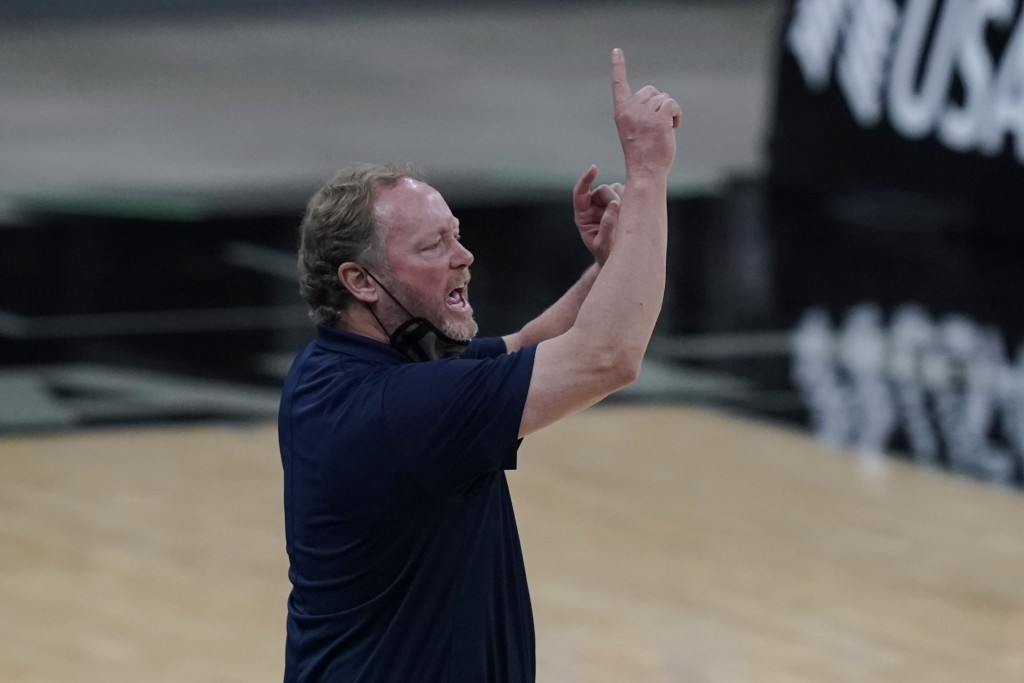 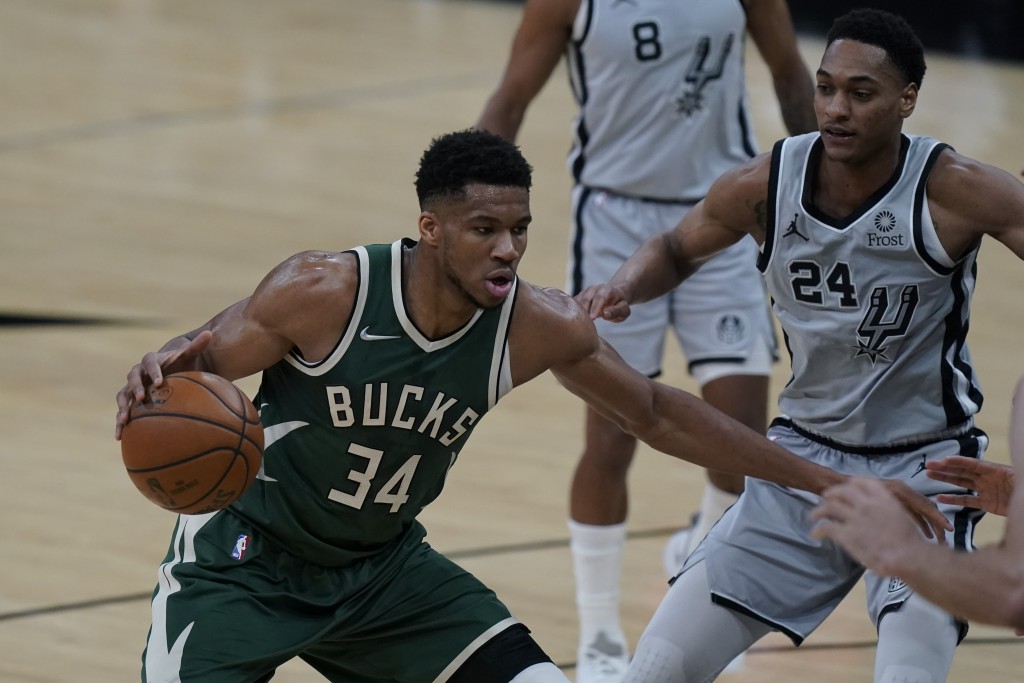 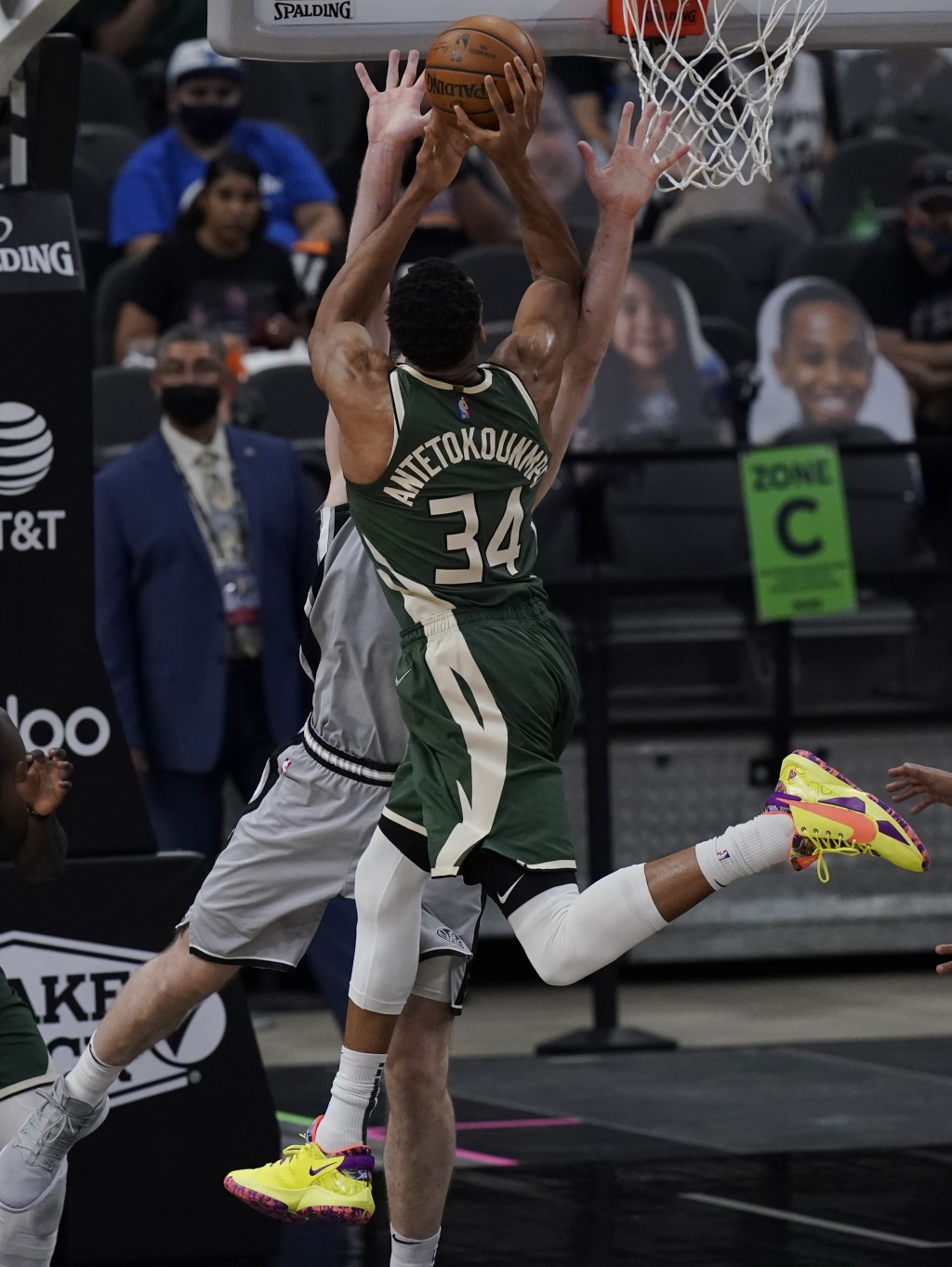 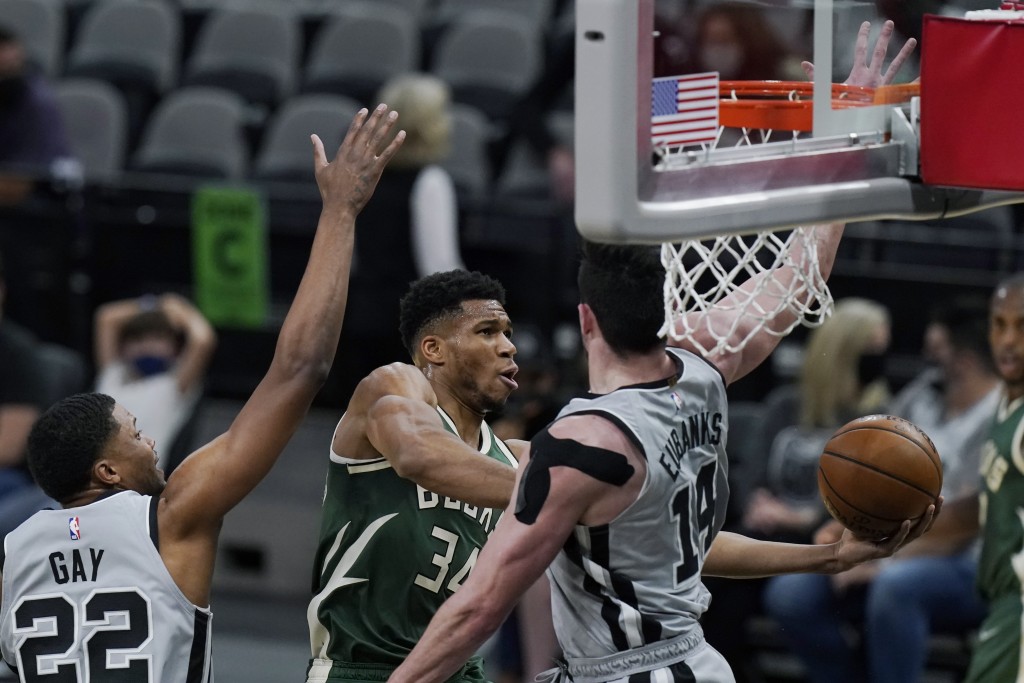 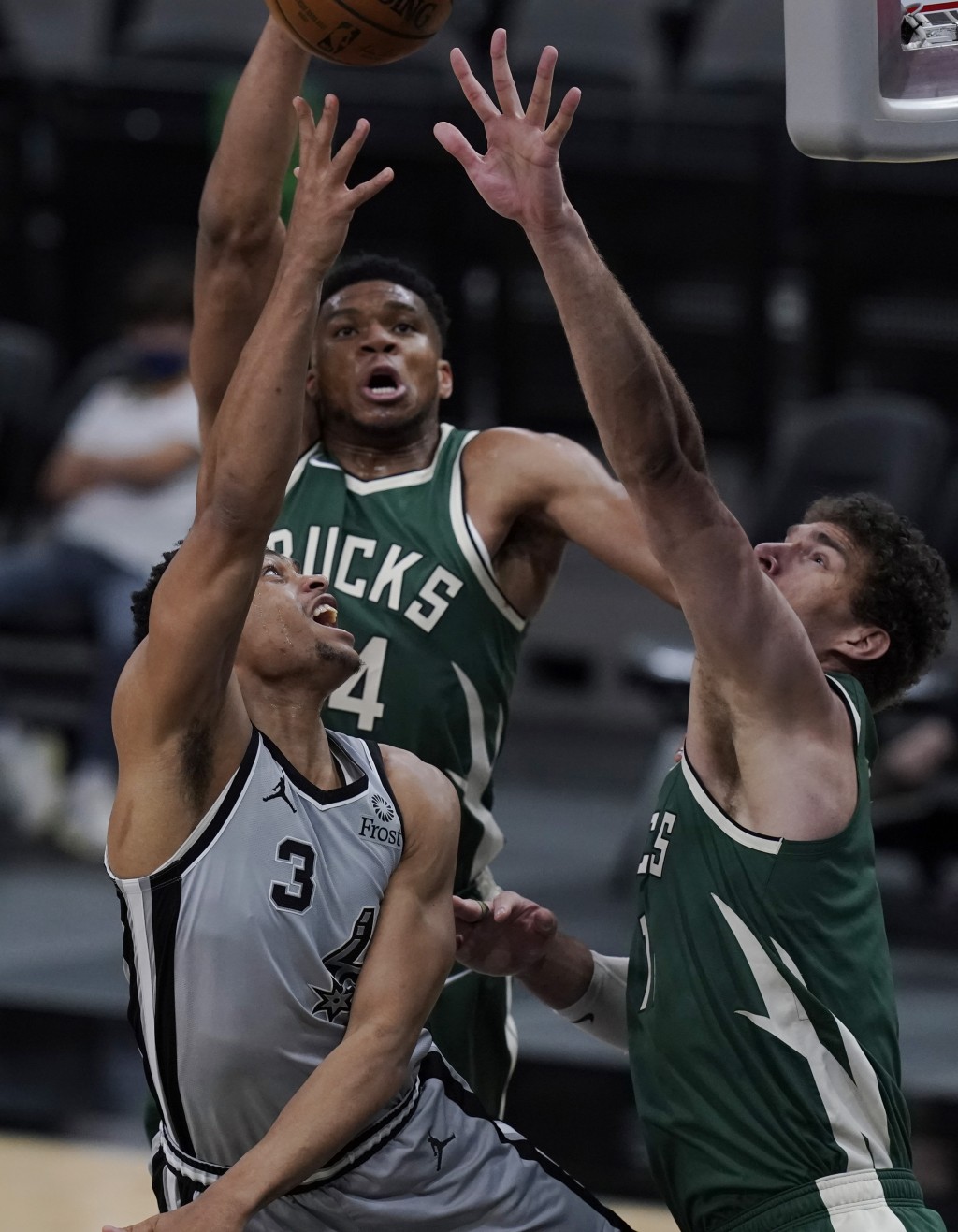 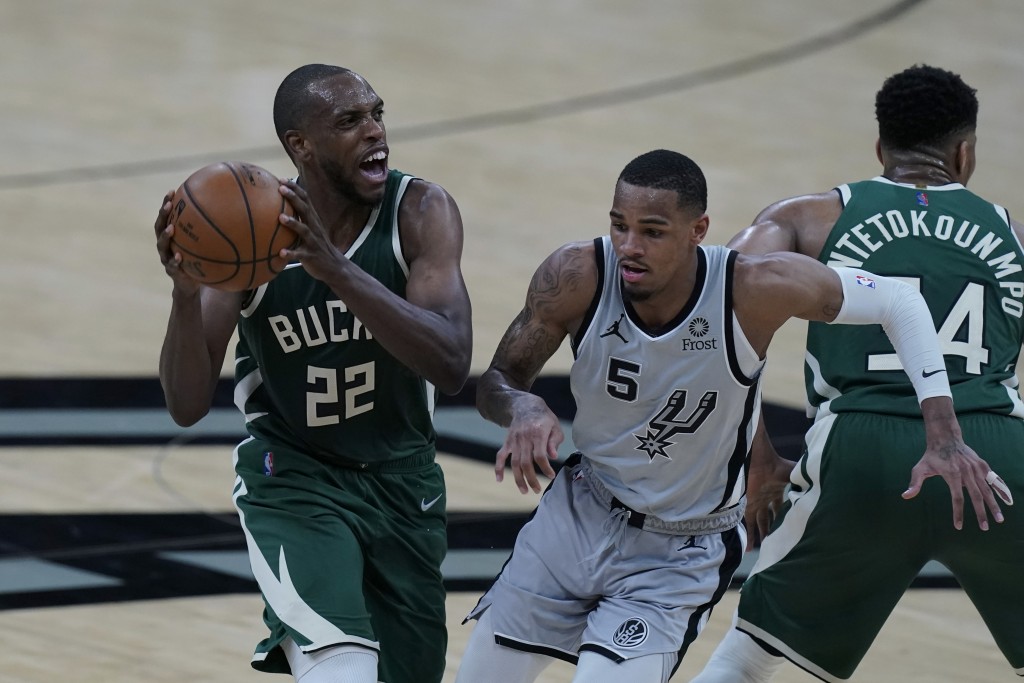 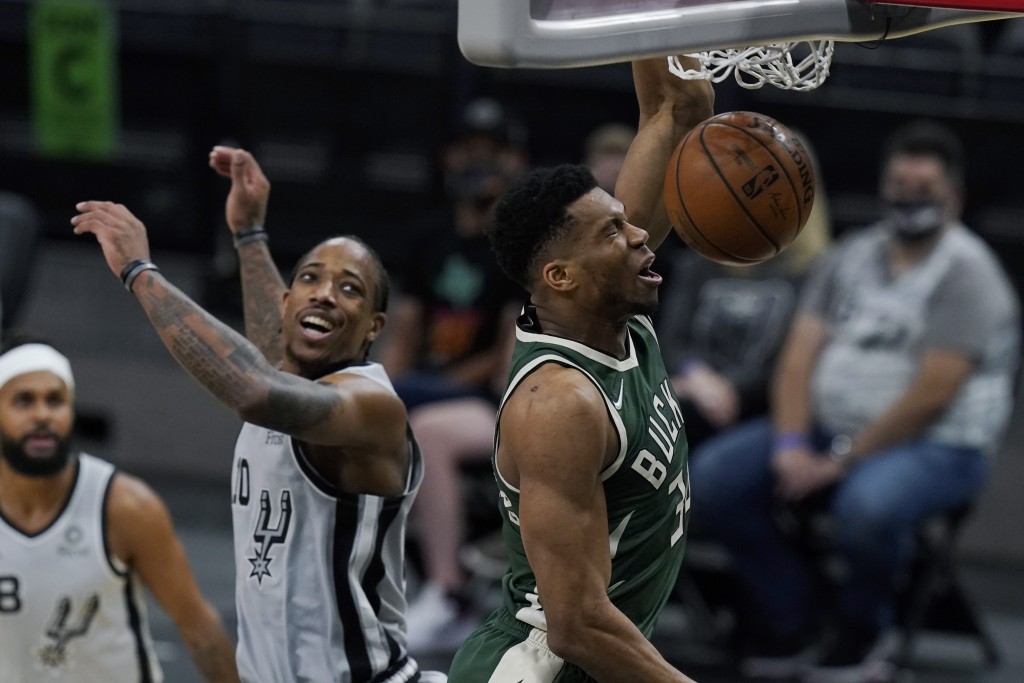 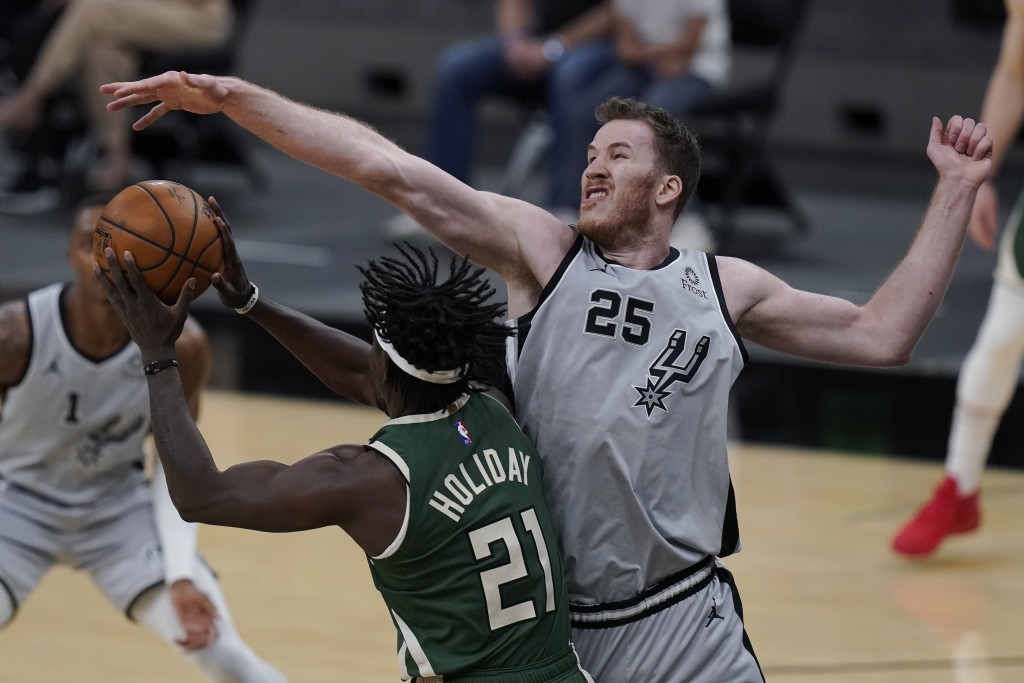 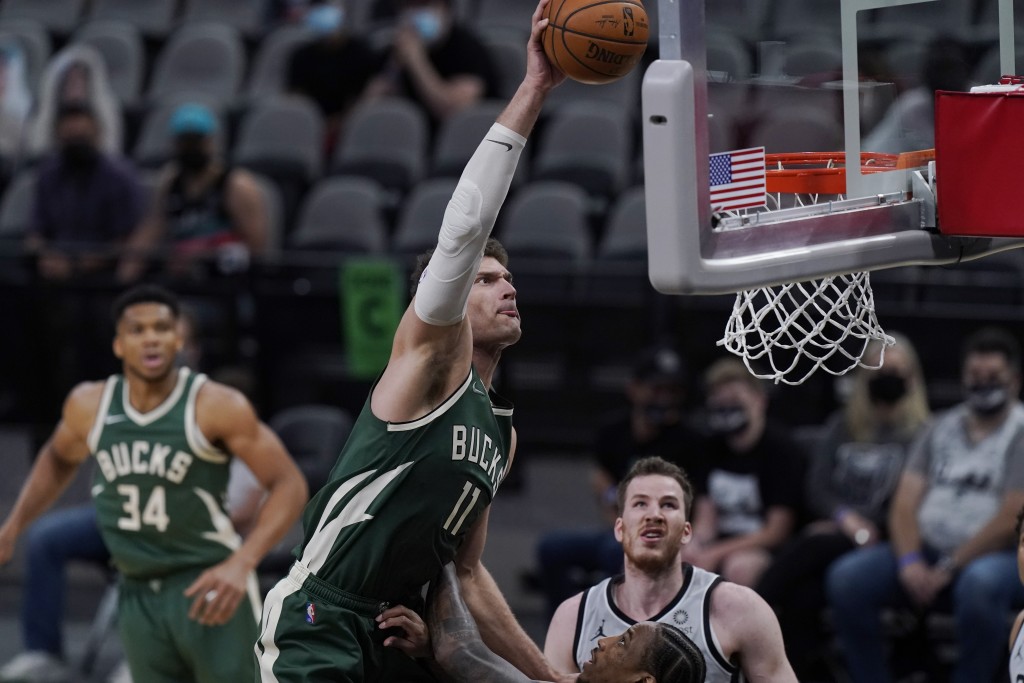 SAN ANTONIO (AP) — DeMar DeRozan had 23 points and the San Antonio Spurs set a franchise record for points in the first half while rolling to a 146-125 victory over the Milwaukee Bucks on Monday night.

San Antonio set a season high for points and a team best with 87 points in the first half, the second-most the club has scored in any half. The Spurs tied their mark for any half with 12 3-pointers in the first and finished 17 for 29 from long range.

Dejounte Murray added 21 points, Keldon Johnson and Patty Mills each had 20 and Rudy Gay scored 19 for San Antonio. Mills and Gay combined to shoot 9 for 15 on 3s.

Milwaukee had a five-game winning streak snapped and dropped a game behind idle Brooklyn for second place in the Eastern Conference.

San Antonio had lost six of seven entering Monday but got off to historic start against Milwaukee.

The Spurs had a season-high 45 points in the first quarter, which was also the fourth-largest total in franchise history, and followed it with the most points in team history during the first half.

The Spurs shot 67% from the field and on 3-pointers in the first half.

Murray had nine points in the opening five minutes on a series of drives and short jumpers, but it was the Spurs’ outside shooting that had the largest impact.

The Spurs opened a 65-47 lead with seven minutes remaining in the first half on Gay’s 3-pointer following a steal by Murray. San Antonio extended its lead to 23 points two minutes later on a 3 by Mills.

San Antonio coach Gregg Popovich expressed his best wishes to NBA referee Tony Brown, who will miss the rest of the regular season and postseason as he undergoes treatment after being diagnosed with pancreatic cancer last month.

Brown has officiated 1,109 regular-season games and 35 playoff games in 19 seasons.

“He’s a really class act,” Popovich said. “You feel for somebody and for their family when something like this occurs. We just wish him the best and hope the people (caring for him) figure something out.”

Bucks: San Antonio honored former Spurs guard Bryn Forbes with a video tribute prior to the game. Before signing with the Bucks last offseason, Forbes played four seasons for the Spurs after going undrafted in 2016 out of Michigan State. … Antetokounmpo had a career-high 15 assists in the Bucks’ 120-113 victory over the Spurs on March 20. … G Axel Toupane missed the game with a strained right oblique.

Spurs: At the Brooklyn Nets on Wednesday.