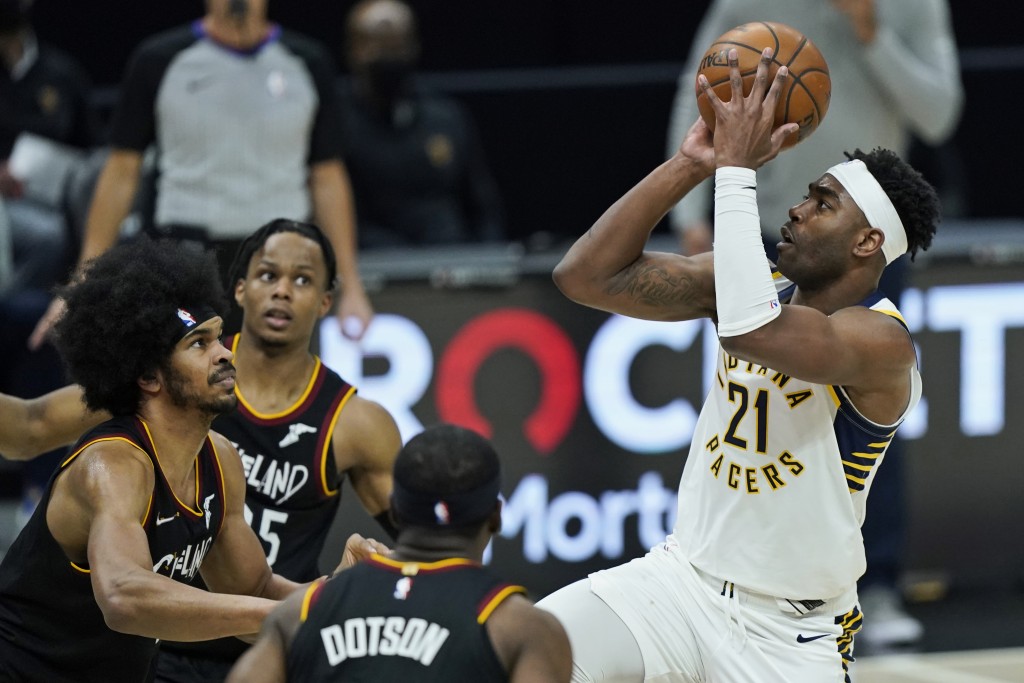 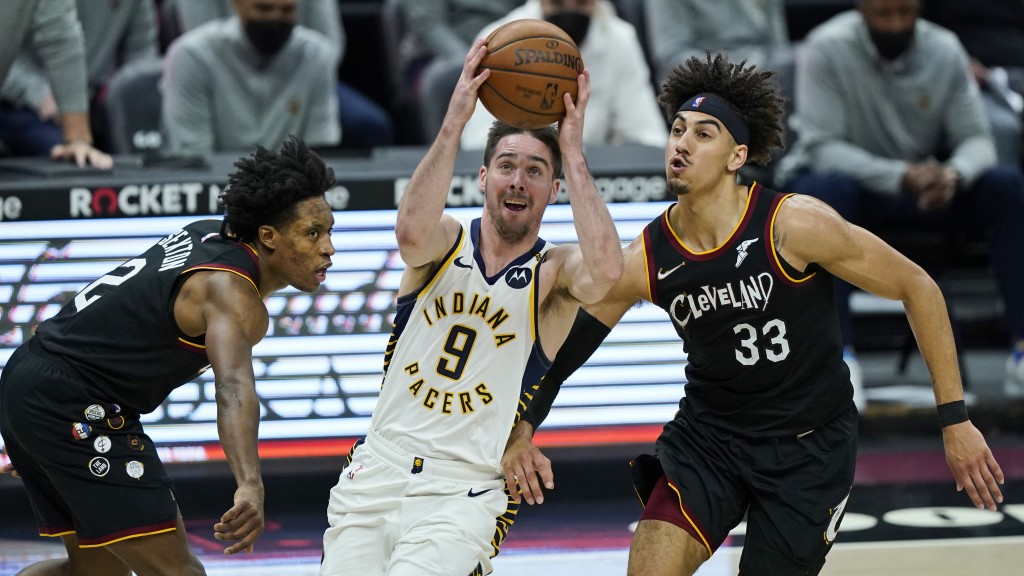 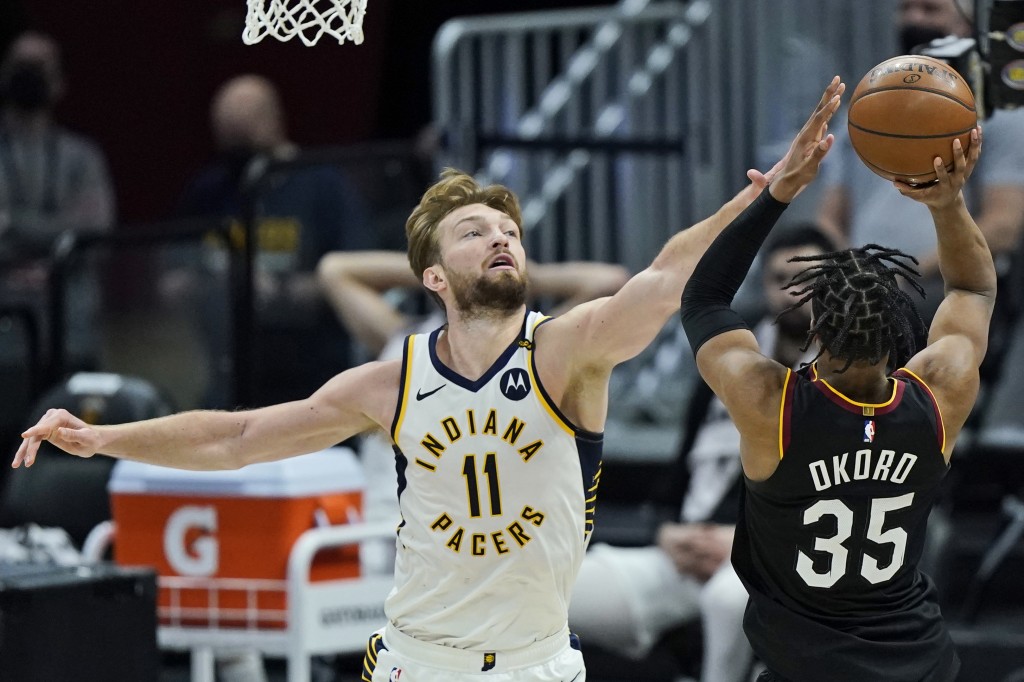 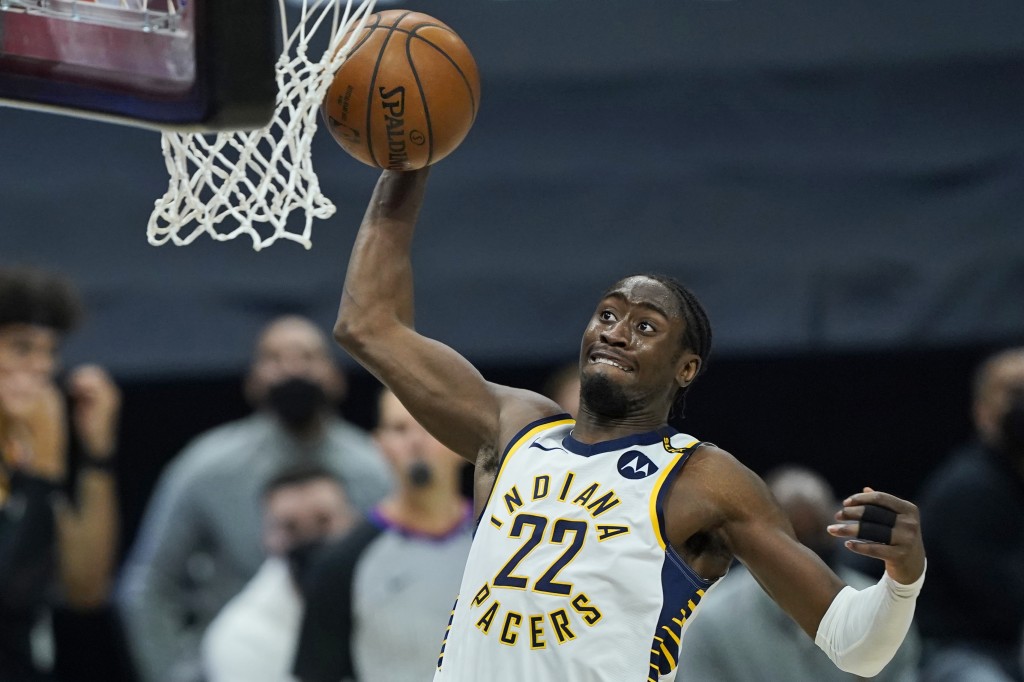 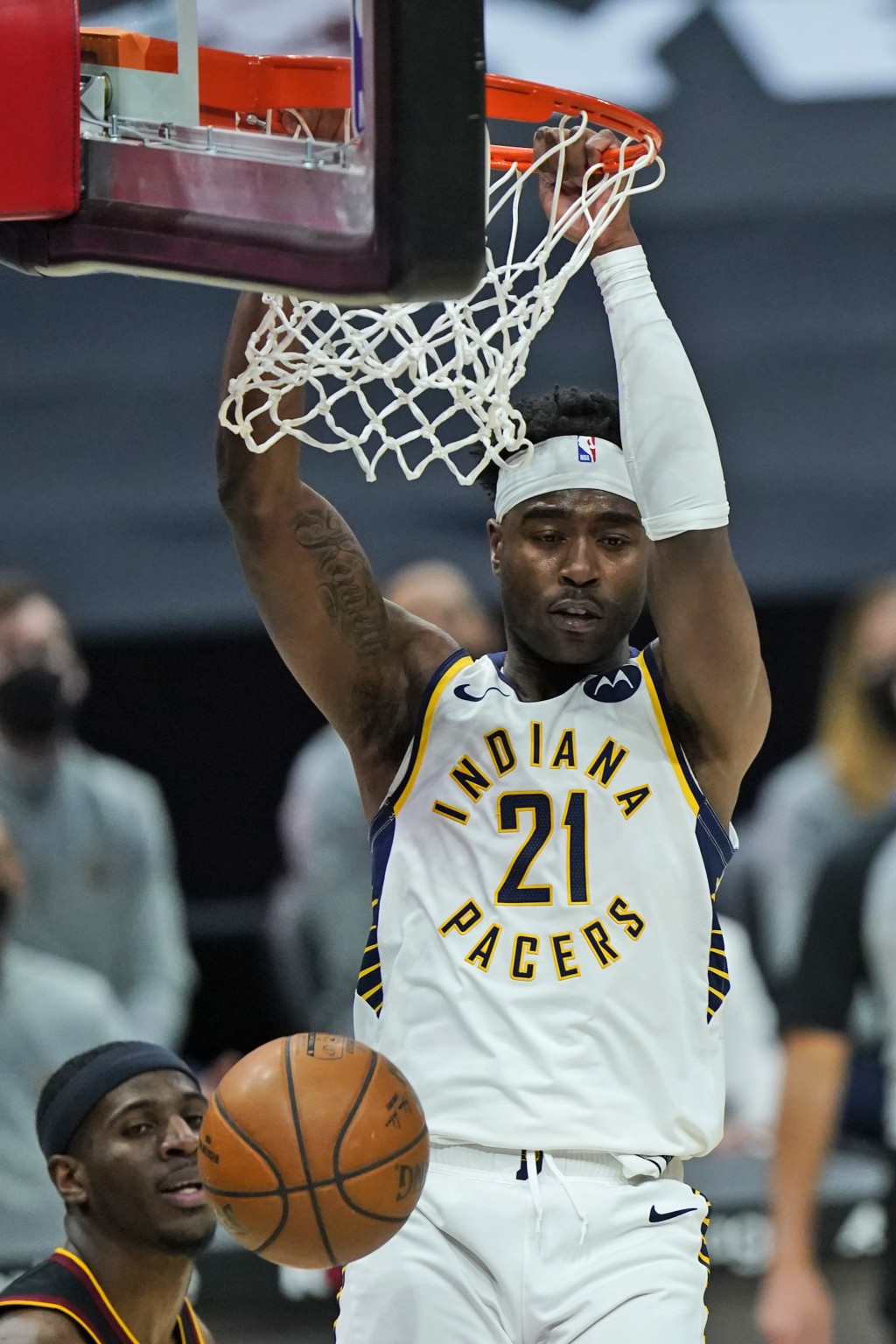 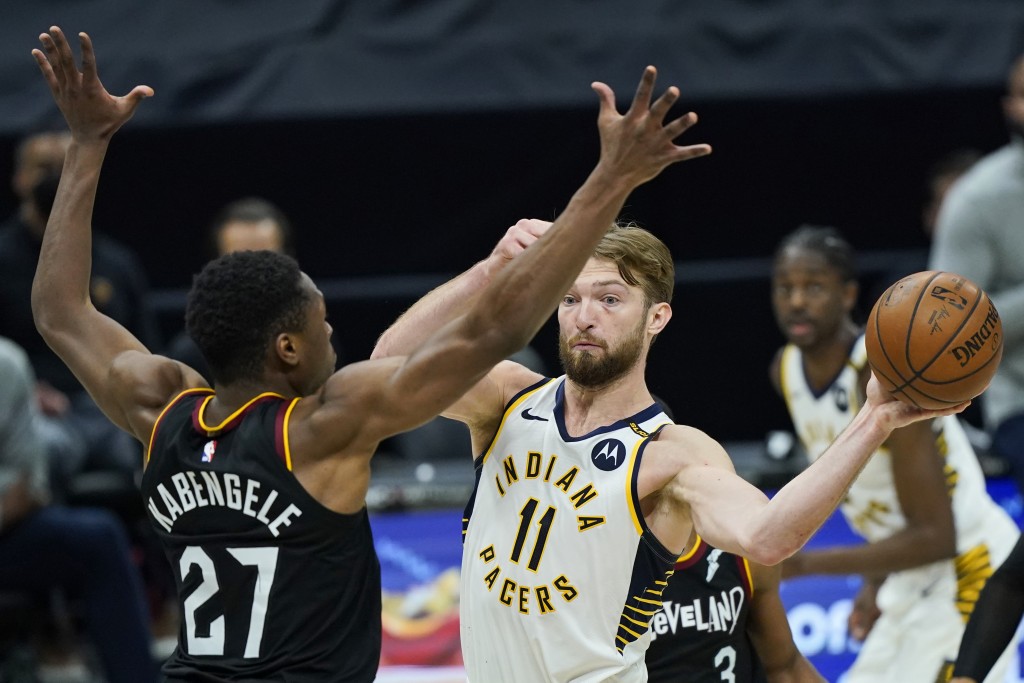 CLEVELAND (AP) — Domantas Sabonis had 21 points, 20 rebounds and nine assists as the Indiana Pacers strengthened their hold on a play-in tournament spot with a 111-102 victory over the Cleveland Cavaliers on Monday night.

Kelan Martin scored a career-high 25 points and Caris LeVert had 20 points and 10 assists for the Pacers, who moved one-half game ahead of Washington into ninth place in the Eastern Conference. The Wizards were beaten 125-124 in Atlanta.

Indiana reduced its magic number for clinching a play-in berth to two with four games remaining. Chicago is 11th -- one spot outside of the play-in tourney.

Collin Sexton scored 25 points for the Cavaliers in their 11th straight loss, matching the eighth-longest skid in team history. Rookie Isaac Okoro had 22 points and 10 rebounds and Dean Wade had 19 points and 12 rebounds in their first career double-doubles.

Cleveland dressed nine players with nine others out with injuries, including power forward Kevin Love (right calf strain) and point guard Darius Garland (left ankle sprain). Love played 27 minutes Sunday against Dallas and was given the evening off to rest his leg.

A Sabonis layup put Indiana in front for good at 93-91 with 6:09 left, beginning a 9-1 run that gave it an eight-point lead. The Cavaliers, who were ahead by double-digits in the first half, never got closer than five in the final four minutes.

Cleveland held its first halftime lead since April 23 at 60-53, fueled by 19 points from Sexton. Martin had 10 points and five rebounds in the second period for Indiana.

Cavaliers assistant coach Lindsay Gottlieb has been hired as the women’s basketball coach at Southern California. Gottlieb is in her second season on Cleveland’s staff and returns to the Pac-12, where she made seven NCAA Tournament appearances in eight years as the head coach at California. “The NBA is a different monster, but Lindsay was able to make the transition seamlessly,” Cavaliers coach J.B. Bickerstaff said. “She was able to build relationships with the guys and the coaches quickly.” Gottlieb, 43, became the seventh female coach in NBA history when she was hired by Cleveland in 2019.