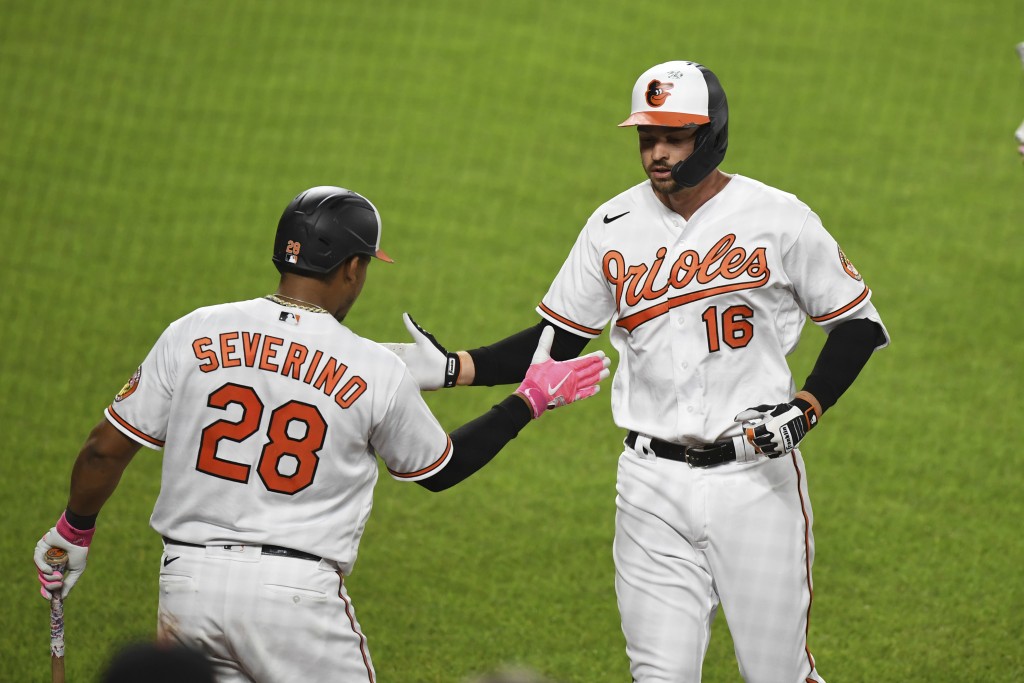 The Orioles had dropped their first six games at Camden Yards this season against the Red Sox and avoided a four-game sweep. It was the first time the home team won in 10 games between the teams this season.

Baltimore’s bullpen combined for 3 1/3 scoreless innings, retiring all 10 batters it faced. Tanner Scott (2-2) struck out his only hitter to complete the sixth, Travis Lakins Sr. and Paul Fry both completed perfect innings, and César Valdez worked the ninth for his eighth save.

Mancini put the Orioles ahead 2-1 with a blast to center off reliever Matt Andriese (1-2) to lead off the sixth.

Naquin’s three-run shot bounced off the right-field foul pole and made it 11-1 in the seventh. He also doubled home a run in the fourth.

Nick Senzel had a two-run single, Eugenio Suarez broke an 0-for-15 slump with a solo homer and Nick Castellanos added a two-run double for the Reds (16-16).

The skidding Pirates have dropped nine of 11 since moving one game over .500.