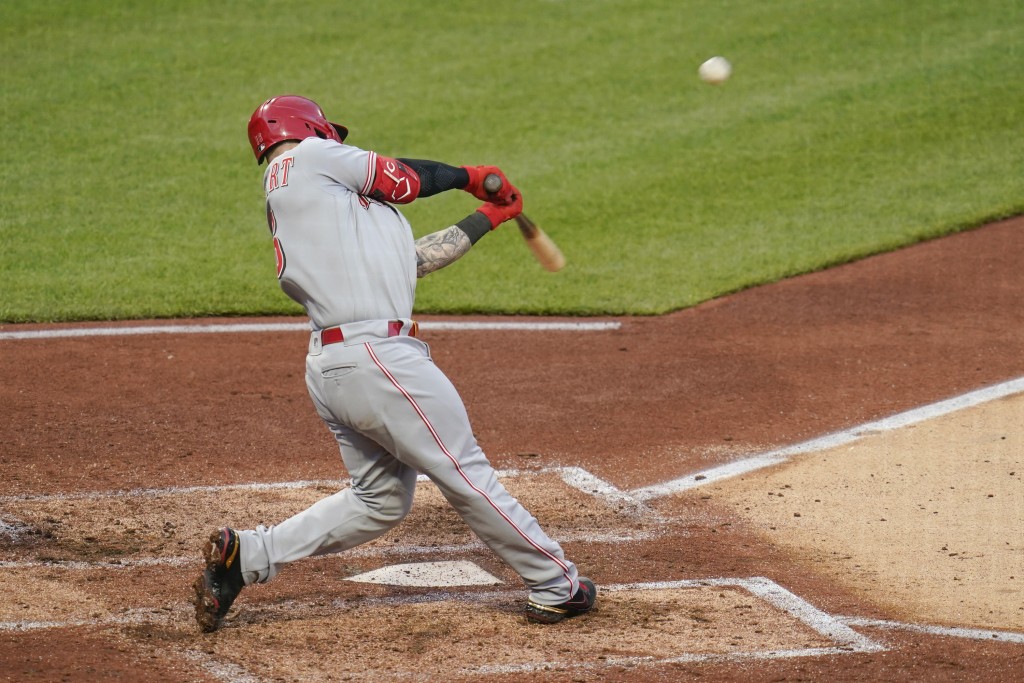 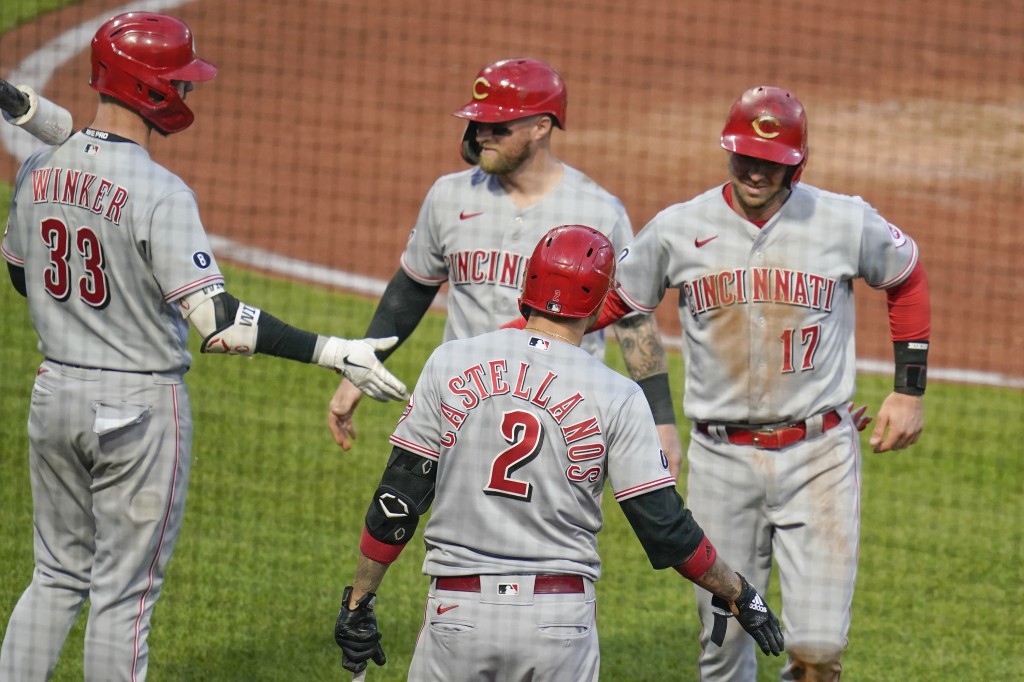 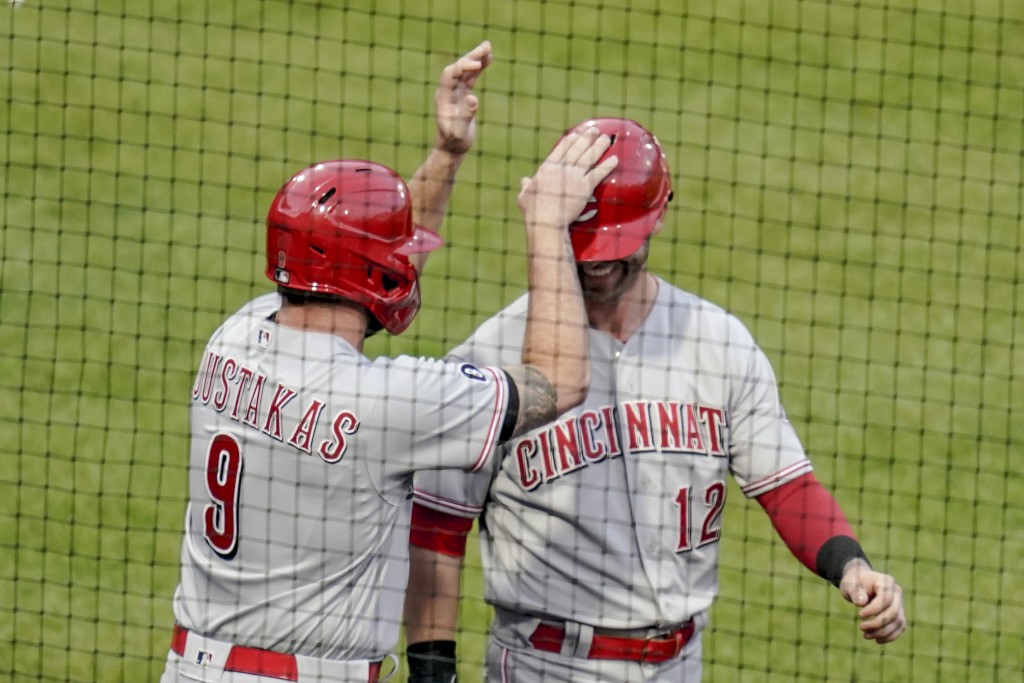 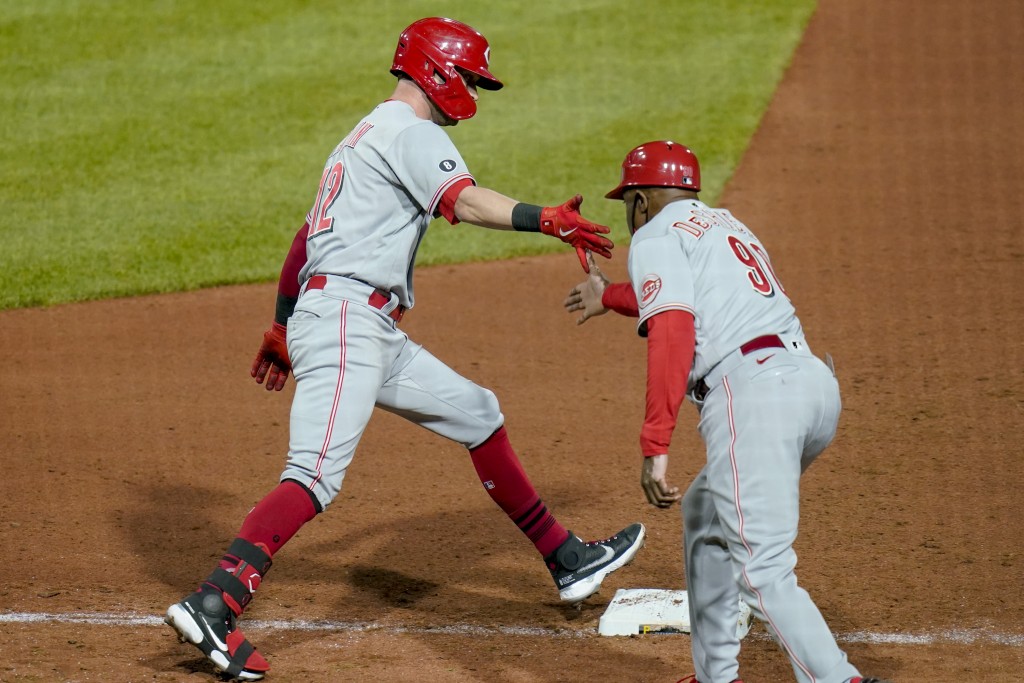 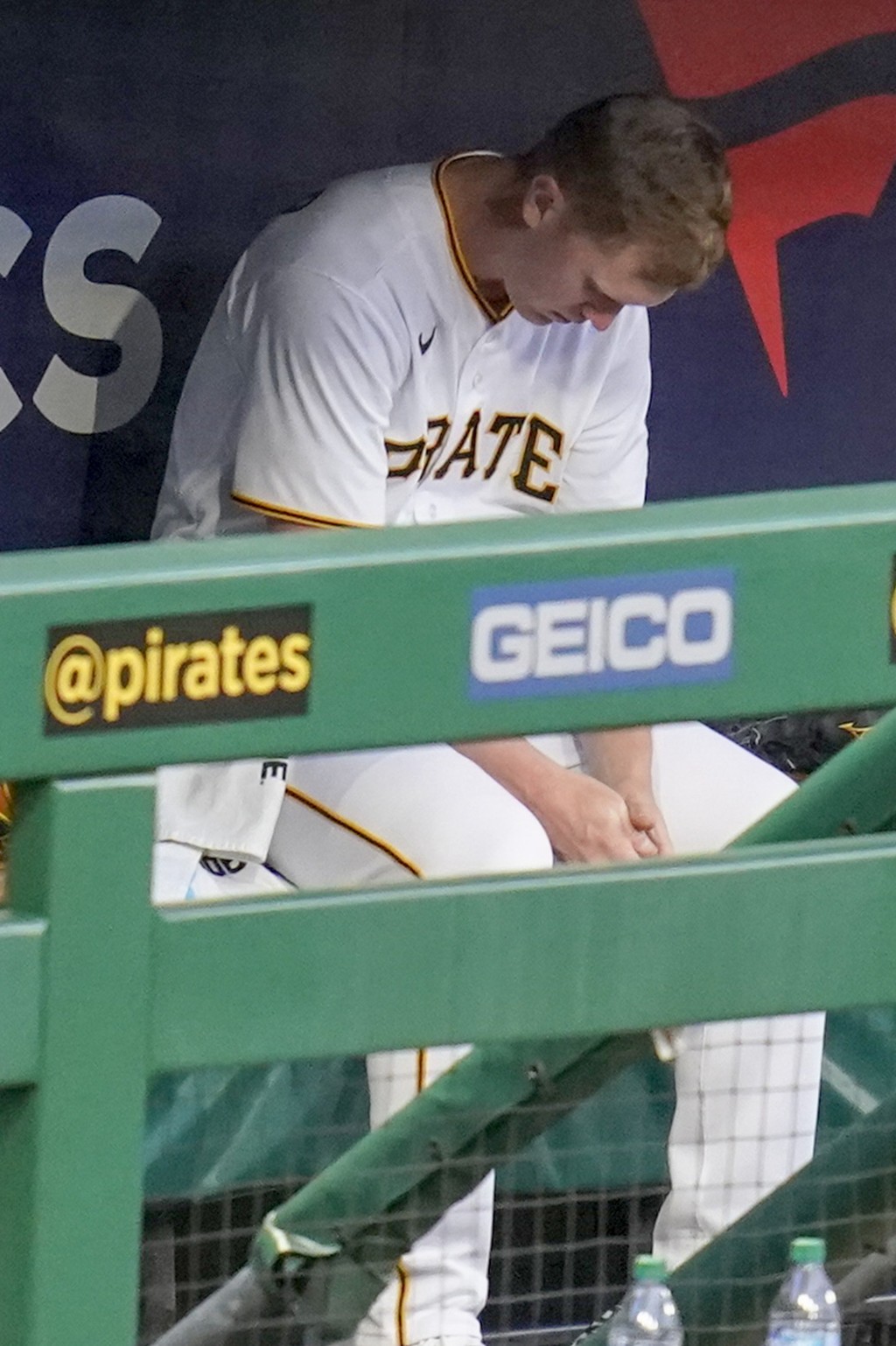 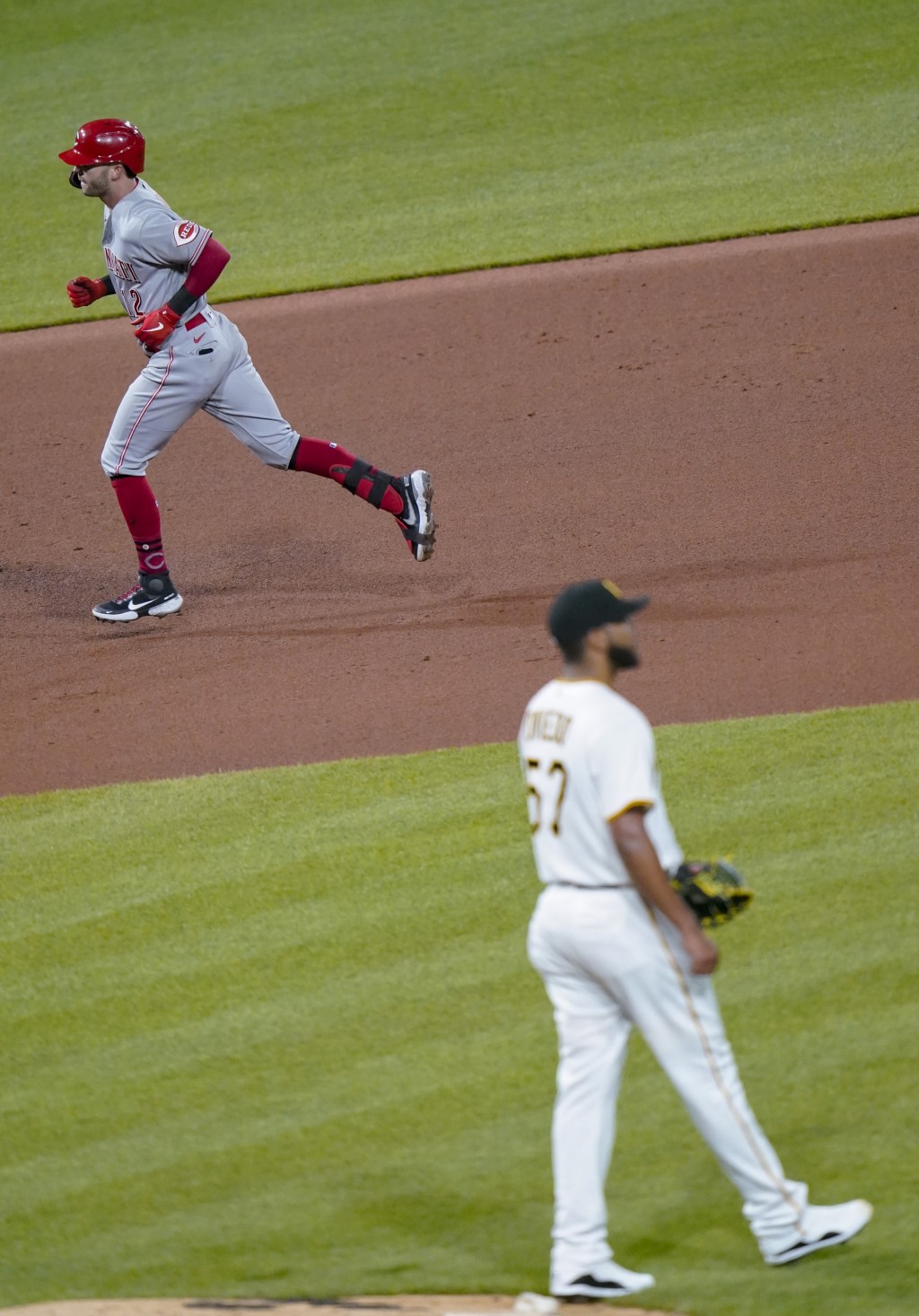 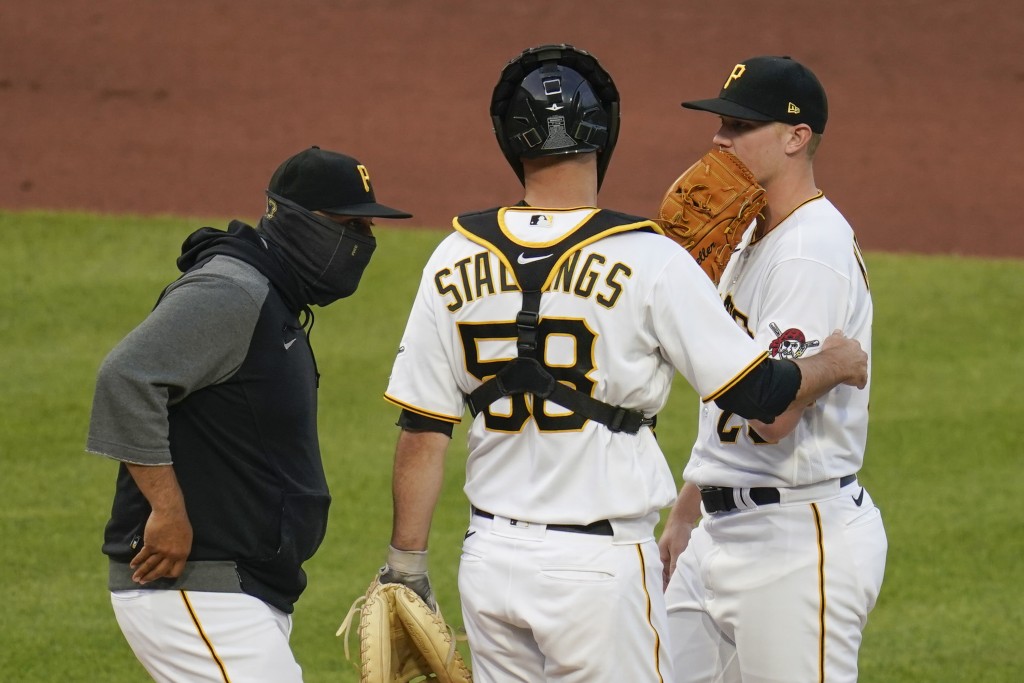 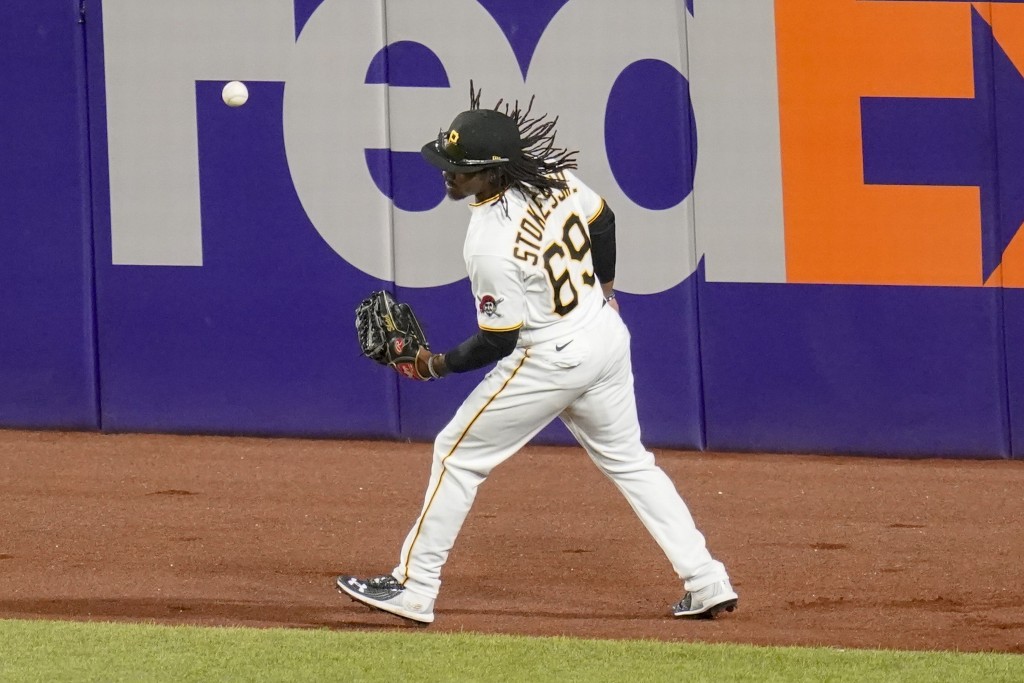 PITTSBURGH (AP) — Tyler Naquin homered and drove in four runs, Tucker Barnhart keyed a six-run fourth inning with a two-run double and the Cincinnati Reds rolled to a 14-1 victory over the skidding Pittsburgh Pirates on Monday night.

Naquin’s three-run shot came in the seventh inning, bounced off the right-field foul pole and made it 11-1. He also doubled home a run during the fourth-inning outburst.

Barnhart’s double to left-center field was the big blow in the fourth as the Reds snapped a 1-all tie. Nick Senzel capped the inning with a two-run single.

Eugenio Suarez broke an 0-for-15 slump with a solo home run for Cincinnati in the second. Nick Castellanos capped the scoring in the eighth with a two-run double.

Mahle left his previous three starts with a lead but the bullpen blew saves each time.

Mitch Keller (2-4) was tagged for seven runs and seven hits in 3 1/3 innings. He had two walks and two strikeouts after pitching 5 2/3 scoreless innings to win at San Diego in his previous outing. Keller’s ERA is 7.81 after seven starts.

Six players each had two of the Reds’ 15 hits.

Jacob Stallings hit a solo homer for the Pirates in the second. Adam Frazier extended his hitting streak to 11 games with two hits.

The Pirates designated infielder Todd Frazier for assignment to clear a roster spot for outfielder Ben Gamel, who was claimed off waivers from Cleveland on Sunday.

“It’s unfortunate because Todd was great here,” Pirates manager Derek Shelton said. “He was great in spring training with our group. He was great when he came back up, was with us as a taxi (squad) member and then got activated.”

Miley will try to join Johnny Vander Meer as the only pitchers in major league history to throw consecutive no-hitters Thursday night when he starts at Colorado. Vander Meer, also a Reds lefty, pulled off the feat in 1938.

Pirates: RF Gregory Polanco should return from the COVID-19 list in the “next few days,” according to Shelton. Polanco violated MLB’s health and safety protocols last week. … CF Bryan Reynolds was back in the lineup after missing two games with lower-body soreness and went 2 for 2 with a triple and two walks.