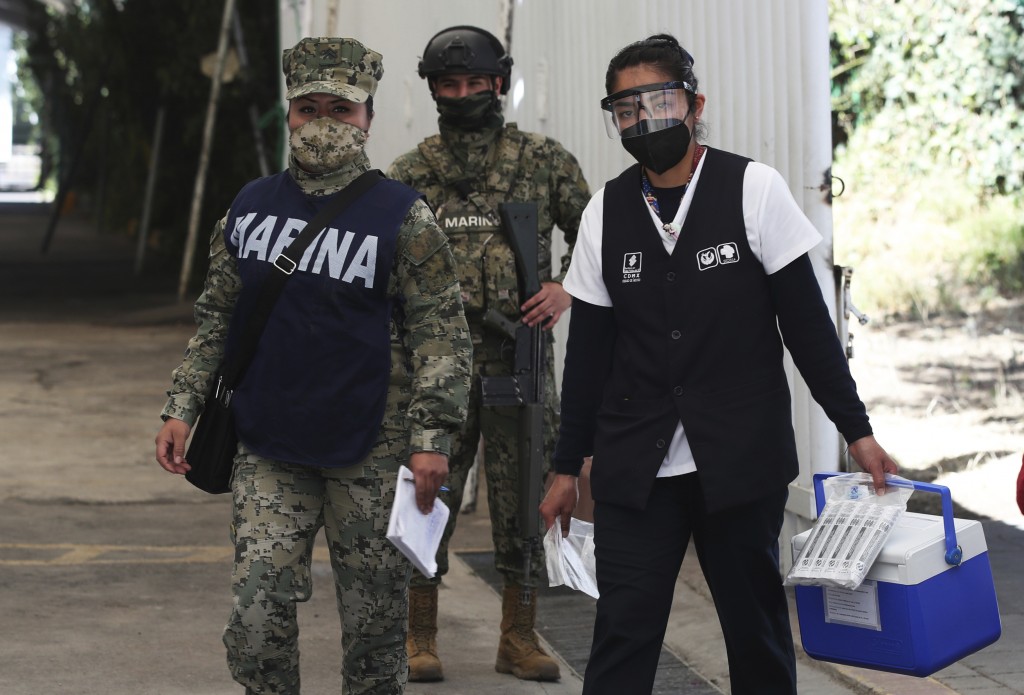 MEXICO CITY (AP) — Mexican authorities said Monday that the Russians have been having so many problems producing the second dose of the Sputnik V coronavirus vaccine that Russia probably will be unable to supply enough to people who got the first dose.

It is the latest account of production problems for Sputnik, which the Russian government has been promising to other countries but has been able to supply in sufficient quantities.

Sputnik is unusual among coronavirus vaccines in that the two doses are different and not interchangeable.

The Russian vaccine uses a modified version of the common cold-causing adenovirus to carry genes for the spike protein in the coronavirus as a way to prime the body to react if COVID-19 comes along.

That is a similar technology to the vaccine developed by AstraZeneca and Oxford University. But unlike AstraZeneca's two-dose vaccine, the Russian approach uses a slightly different adenovirus for the second booster shot.

Mexico’s assistant health secretary, Hugo López-Gatell, said the Russians have found that the first adenovirus grows much more quickly than the second.

López-Gatell said there were claims, not yet validated by Mexico's medicines safety agency, that Sputnik Light could be around 80% effective.

Mexico has so far received only 1.9 million Sputnik doses, out of a total of 24 million it signed a contract for. It has been forced to rely more on the Pfizer vaccine, of which it has received 10.6 million doses, as well as about 10 million doses of two Chinese vaccines. It also received about 4.6 million does of AstraZeneca's vaccine.

Mexico has recorded over 219,000 test-confirmed COVID-19 deaths, but the country does so little testing that the government’s own estimates of probable deaths now amounts to around 347,000.

It is the latest in a series of setbacks for the Russian vaccine.

In April, regulatory authorities in Slovakia said they have not received enough information about the Sputnik vaccine from its producer to be able to assess its benefits and risks.

Slovakia’s State Institute for Drug Control said about 80% of the requested data had not been provided. It said the vaccine delivered to Slovakia was different from the original, two-dose Sputnik V vaccine that is considered 91% effective and appears to prevent inoculated individuals from becoming severely ill with COVID-19, according to a study published in the medical journal Lancet.

The five-person board of the Brazilian Health Regulatory Agency unanimously decided late Monday that consistent and trustworthy data required was lacking for approval of the requests from 10 states, according to a statement. The agency, known as Anvisa, said there were faults in all clinical studies of the vaccine’s development as well as absent or insufficient data.

The agency statement also said analysis indicated that the adenovirus on which the vaccine is based has the capacity to replicate, which could cause sickness or death, particularly among those with low immunity or respiratory problems. The Russian fund overseeing the vaccine’s marketing globally denied the claim.

Russia has been actively marketing Sputnik V abroad despite the comparatively slow rollout at home and limited production capacities. Dozens of countries have approved the use of Sputnik V, and many signed deals with the Russian Direct Investment Fund that bankrolled the vaccine to get shipments of the shot.