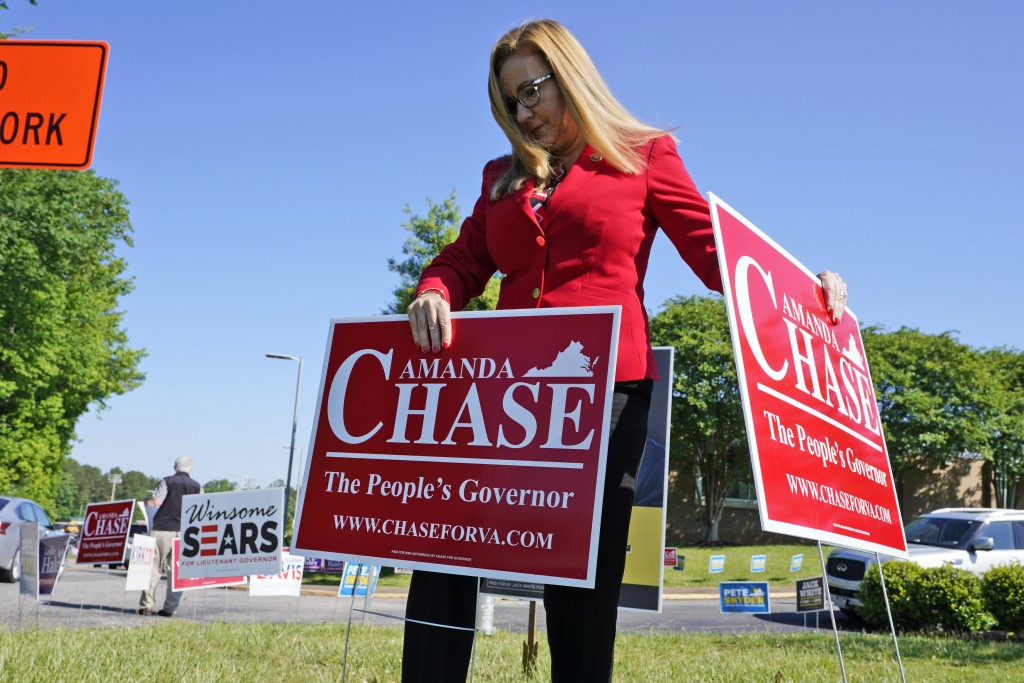 FALLS CHURCH, Va. (AP) — Political newcomer Glenn Youngkin led the field after a first round of balloting from Virginia Republicans choosing a gubernatorial nominee, but fell short of a majority needed to clinch the nomination.

More than 30,000 delegates cast ballots Saturday at what the Republican Party of Virginia is calling an “unassembled convention” to choose their nominees for governor, lieutenant governor and attorney general.

With no candidate garnering a majority after the first round, the winner will now be determined in part by whom delegates listed as their second and third choices among the seven candidates vying for the spot.

Under the ranked-choice voting system implemented by the party, the votes of the last-place candidate, former Roanoke Sheriff Octavia Johnson, will be redistributed to the six remaining candidates based on whom those delegates designated as their second choice.

The process will be repeated in subsequent rounds until a candidate gains a majority.

Youngkin, a former CEO of The Carlyle Group investment firm, is making his first run for public office. He lent his campaign more than $5 million and spent more than any other candidate through March 31, according to data from the Virginia Public Access Project. He campaigned as a “conservative Christian outsider” and highlighted his business experience.

Smith's surprisingly strong showing was interpreted by some as a good sign for state Sen. Amanda Chase, a hard-right gubernatorial candidate who has been censured in the General Assembly in a bipartisan vote and is most closely associated with former President Donald Trump.

Chase, though, sat in third place after the first round of balloting. She has suggested she might run as an independent if she feels like the nomination process was unfair, particularly if businessman Pete Snyder wins the nomination.

After the first round of counting Monday, Youngkin had 33% of the weighted vote, followed by Snyder at 26%, Chase at 21% and former Virginia House Speaker Kirk Cox at 13%, according to returns provided by the party.

Democrats will choose their nominee next month in a state-run primary. Former governor Terry McAuliffe is the front-runner in a field of five candidates.

Virginia is the only state with an open-seat gubernatorial contest this year; the race is being closely scrutinized as an early signal of each party’s political strength heading into the 2022 congressional elections.

The convention was open to Virginia voters who pre-registered as delegates. People who had voted in past Democratic primaries were allowed to participate if they renounced their earlier Democratic votes and promised to support the Republican nominees in November.