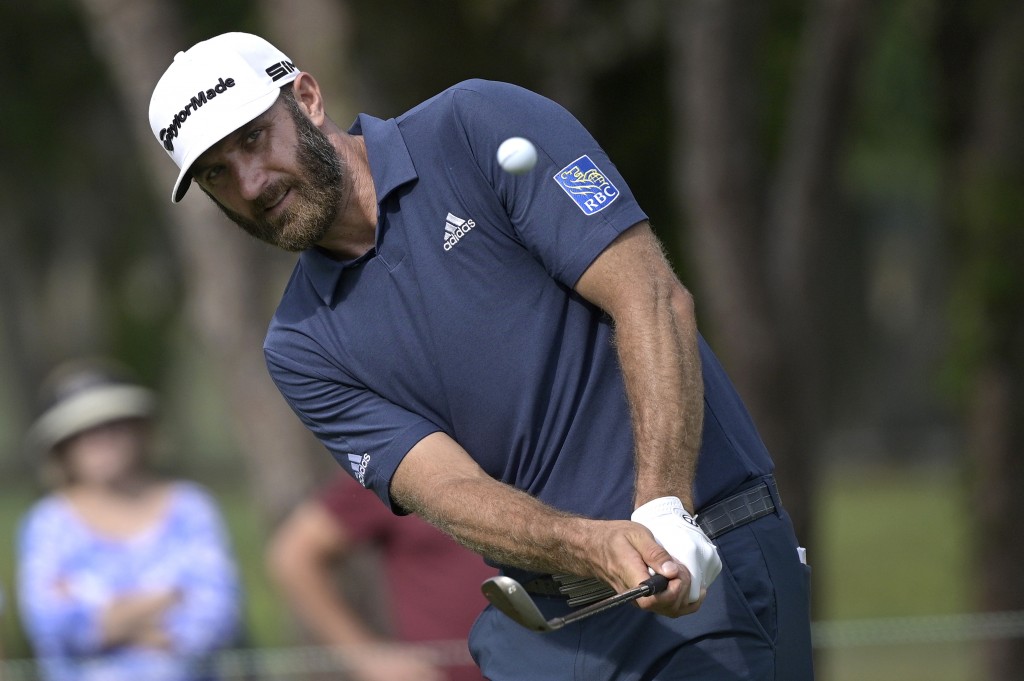 Dustin Johnson says it was surreal sinking the final putt to win last year's Travelers Championship with fewer than 40 spectators politely clapping instead of the thousands that usually fill the bowl surrounding the 18th green at TPC River Highlands.

The PGA Tour event in Connecticut was among the first sporting events in 2020 to resume in its normal spot following the onset of the coronavirus pandemic, but as a TV-only experience for fans.

“It felt like junior golf almost, you know like a couple parents standing around clapping for you,” Johnson said Monday during the tournament's annual media day news conference. “But you know it's a big win. You know people are watching at home.”

The world's top-ranked player, who went on to win the Masters last year, plans to be back in Cromwell next month when the Travelers attempts to get back to a semblance of normalcy.

The tournament will be held June 24-27, the week after the U.S. Open. It will welcome back fans but with a reduced crowd of about 10,000 each day.

Nathan Grube, the tournament's director, said Travelers officials are keeping an eye on vaccination and infection rates and may adjust what protocols will or won't be needed. As of now, they expect to ask fans to continue wearing masks on the golf course and maintain a social distance from one another.

He said increasing the crowd capacity would be difficult to do this late in the process.

“We have been already on site building the facilities that we're going to have out there,” he said. “So that's a number that we feel very, very good about.”

Asked how the tournament will enforce protocols, Grube said he expects fans will follow them the same way they follow the rules on when it's appropriate to cheer and when they need to be quiet.

“I don't look at it so much as enforcement, I look at it as education,” he said.