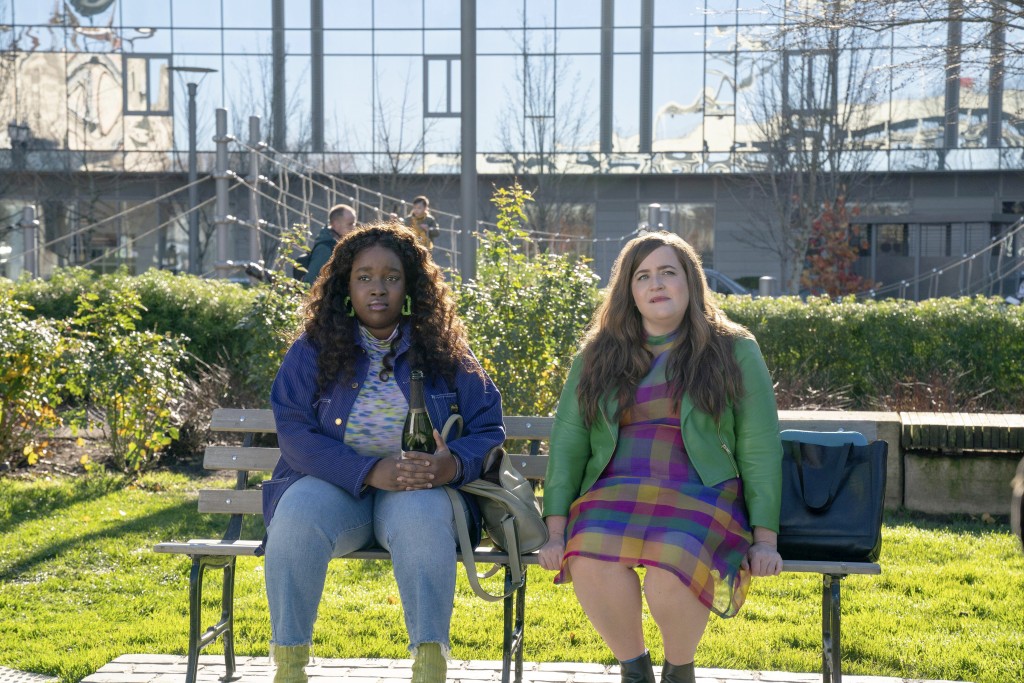 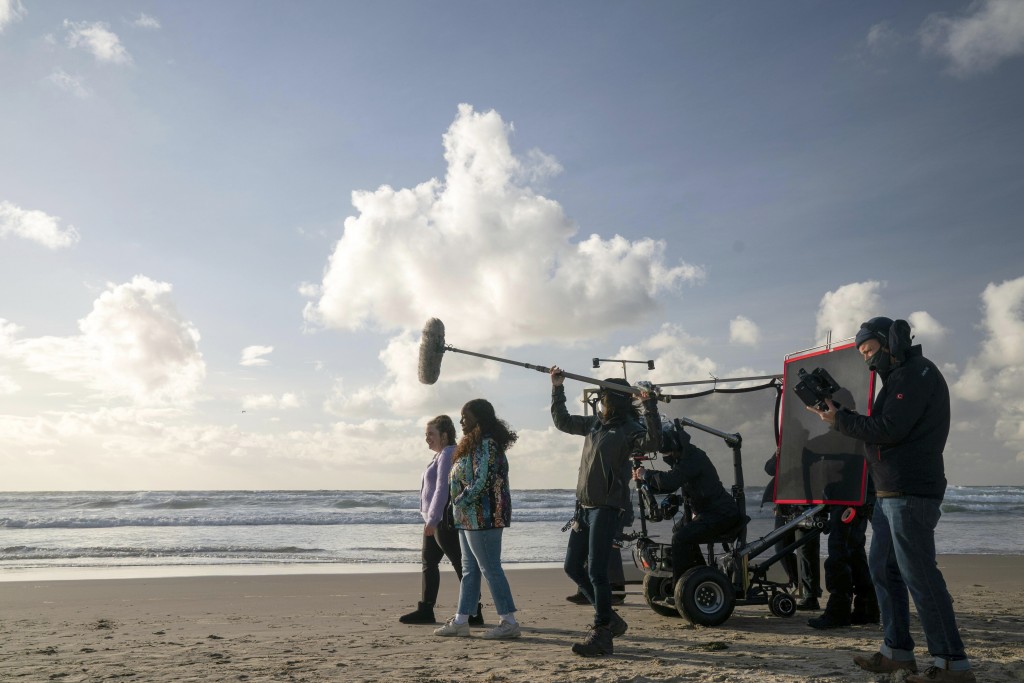 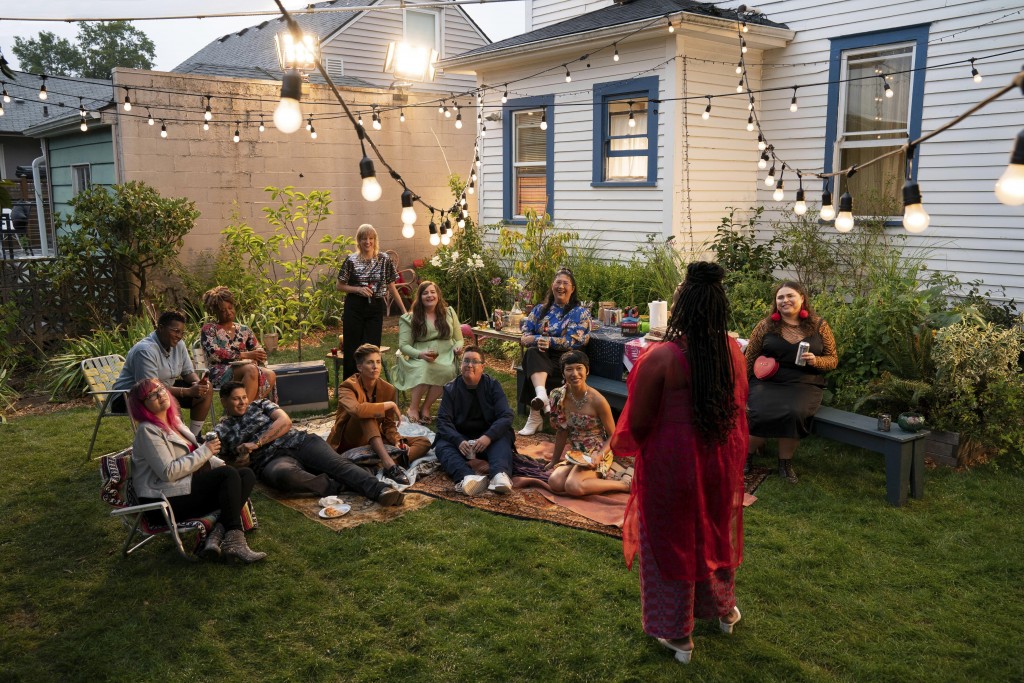 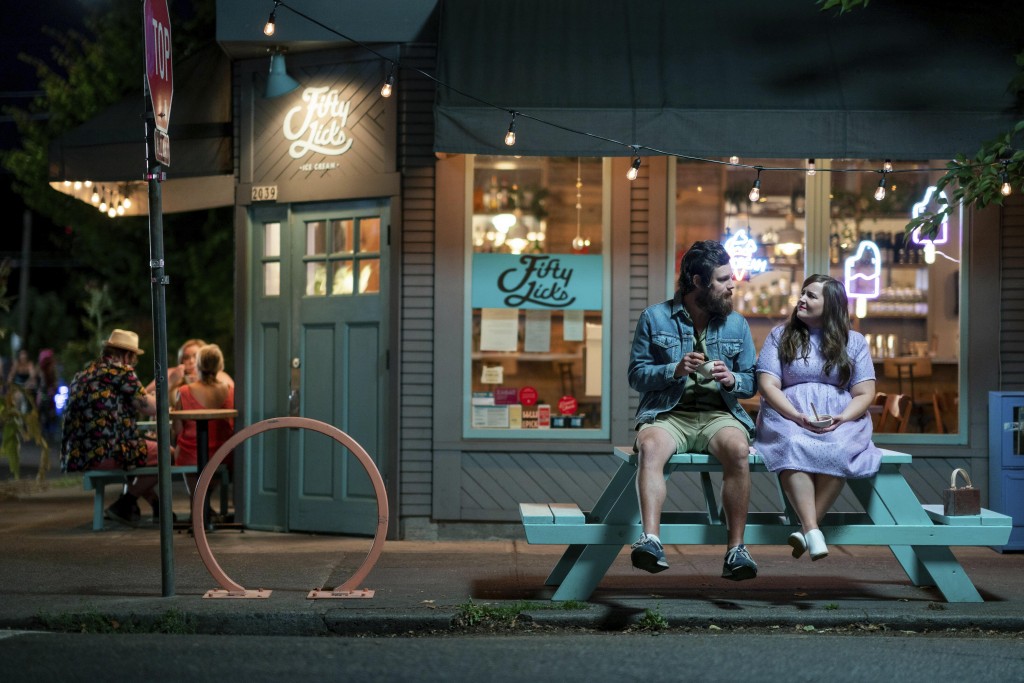 NEW YORK (AP) — As “Shrill” draws to a close, its stars and creators are reflecting on how important Portland, Oregon, became to the Hulu comedy series, and how much of the city's originality and beauty they were able to showcase.

“Probably my favorite part of making the show is going to Portland every year and using that to build the story around,” said Aidy Bryant, who stars in the show as Annie, a young woman trying to navigate career and relationships and find her voice.

Locals may recognize shots of the Willamette River, the Fifty Licks ice cream shop and Portland’s White House bed and breakfast. Set designers took over the Portland nightclub Holocene — shut down due to COVID-19 — and created a hair salon where Annie’s roommate, Fran, worked.

Portland and its people have been key to the vibe of “Shrill,” which began streaming its third and final season on Friday.

The series is based on Seattle native Lindy West's memoir, “Shrill: Notes from a Loud Woman."

“I feel very rooted in the Pacific Northwest and it was a dream of mine to shoot this show in the Pacific Northwest. I’m just so elated that we got to do that. And Portland was such an incredible home for us,” said West, who is also an executive producer on the show. "Portland’s not exactly Seattle, but it still feels like home to me in a way that the rest of the country doesn’t. And it’s so physically, so geographically beautiful … there’s water everywhere and it’s green and it’s a really special place.”

“Shrill” has highlighted not only some of Portland’s cool neighborhoods but the area’s stunning beaches, like a recent getaway episode filmed at an oceanside home in Manzanita. The ranch where Annie goes to interview a separatist family is actually the Coleman Guest Ranch in Molalla, roughly an hour south of Portland.

“There’s a beautiful beach and a forest and there’s just so many pieces. It kind of… just holds all these little worlds within it and I love that,” said Bryant, a two-time Emmy nominee for her work on “Saturday Night Live,” who is also a writer and executive producer on “Shrill.”

Portland became the show's backdrop thanks to, as Bryant describes it, a “weird fluke.” The show's producers include Elizabeth Banks and Bryant's “Saturday Night Live” boss, Lorne Michaels, who also produced “Portlandia.” Just as that show was ending, “Shrill” was starting.

“It was sort of this natural like, ‘Oh, well, we could take over this crew and this awesome setup that’s been working together for so long,’” Bryant said.

Having a locally based crew meant finding hidden gems of the city to shoot scenes. In season two, the production designer suggested shooting at an old amusement park at Oaks Park, so the writers wrote a birthday party scene around it.

It’s not just the landscape but also the Oregon vibe that attracted the production team. “I like the mix of people. It literally has like the most extreme political point of view, from both ends,” said showrunner Ali Rushfield. “I don’t know that I’ve been in a city where you walk down the streets and feel that.”

Actor John Cameron Mitchell who plays Annie’s boss, says he's loved Portland since he started going there in the 1990s and discovered it was the “hippest of places.”

“It was just like so cool and everyone was acting like they weren’t cool, but they were, which made them cooler and scarier. Because they were so casual — as opposed to LA, where people make sure you know that they’re cool, which can be very annoying,” Mitchell said with a laugh.

While Bryant is sad to leave Oregon behind, she says it’s not goodbye.

“I love filming in Oregon. I would go back there in a heartbeat. I’m planning to go back there this summer just because I love it,” Bryant said. “They have really made this amazing film community there and it was such a joy to be there in this beautiful, beautiful setting.”