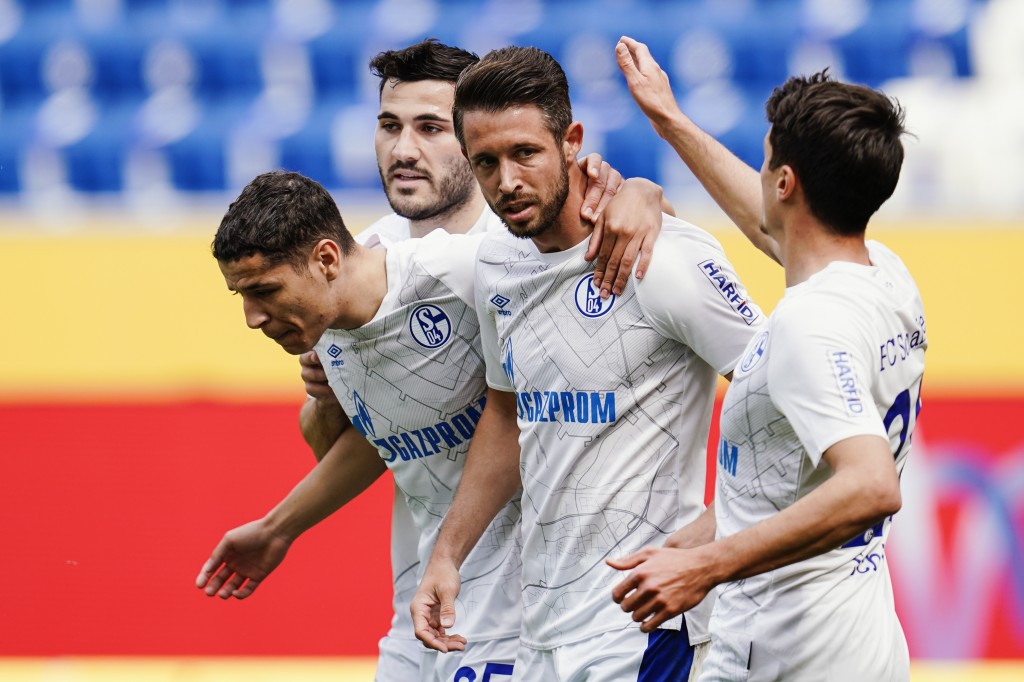 GELSENKIRCHEN, Germany (AP) — German Bundesliga club Schalke has canceled training after one of its players tested positive for the coronavirus on Monday with three games of the season remaining.

Schalke said the unnamed player would immediately go into isolation at home after a positive result from a rapid test. The entire team will now undergo more sensitive PCR tests, with results expected Tuesday.

Schalke is already relegated but the case could affect other teams' chances of avoiding relegation from the Bundesliga or qualifying for the Champions League.

Schalke plays relegation-threatened Hertha Berlin on Wednesday in a game that has already been rescheduled once when several Hertha players and staff members tested positive. The club said it “cannot answer at the current time” whether that game can be played as planned.

On Saturday, Schalke hosts Eintracht Frankfurt, which is chasing one of the four qualifying spots for the Champions League. On May 22, Schalke visits another team in the relegation zone, Cologne.

The virus case is another hurdle in a tough season for Schalke. The club is dropping out of the top division for the first time in three decades and has serious financial problems. Players and staff were also attacked by angry fans last month.