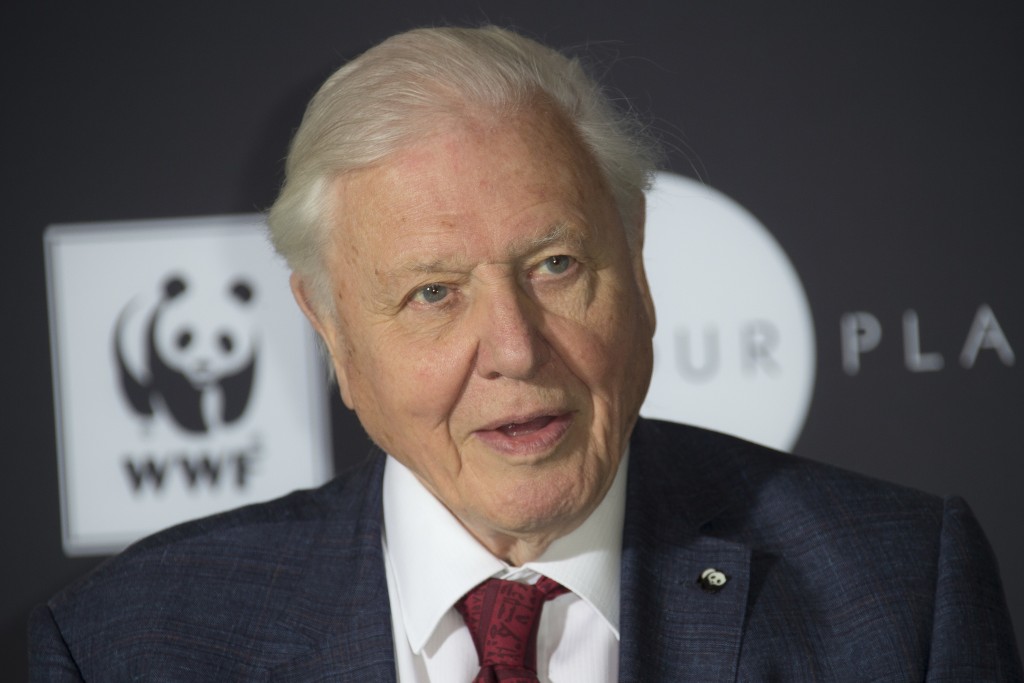 LONDON (AP) — Veteran British broadcaster David Attenborough has been appointed the “people’s advocate” at the global climate summit this year, where he is expected to address political leaders about the need for urgent action to tackle the “crippling” threat of climate change.

The 95-year-old, best known for his documentaries on the natural world such as “Planet Earth,” said the coronavirus pandemic has shown how crucial it is to secure international agreements to solve worldwide problems.

“But the problems that await us within the next five to 10 years are even greater,” he said in a short video message Monday.

British Prime Minister Boris Johnson thanked Attenborough for taking up the role, saying he has inspired millions with his TV work.

“There is no better person to build momentum for further change” ahead of the climate summit," Johnson said.

As part of his role, Attenborough is also expected to speak at the G-7 leaders’ summit in Cornwall, southwestern England, next month.

Johnson’s government said last month it would commit to a tough new climate target, aiming to cut carbon emissions 78% of their 1990 levels by 2035. The new target, which will be enshrined in law, will include for the first time Britain’s share of emissions from international aviation and shipping.

Britain’s previous target was to slash emissions 68% by 2030, one of the most ambitious targets among developed nations.

Follow all AP stories on climate change at https://apnews.com/hub/climate.