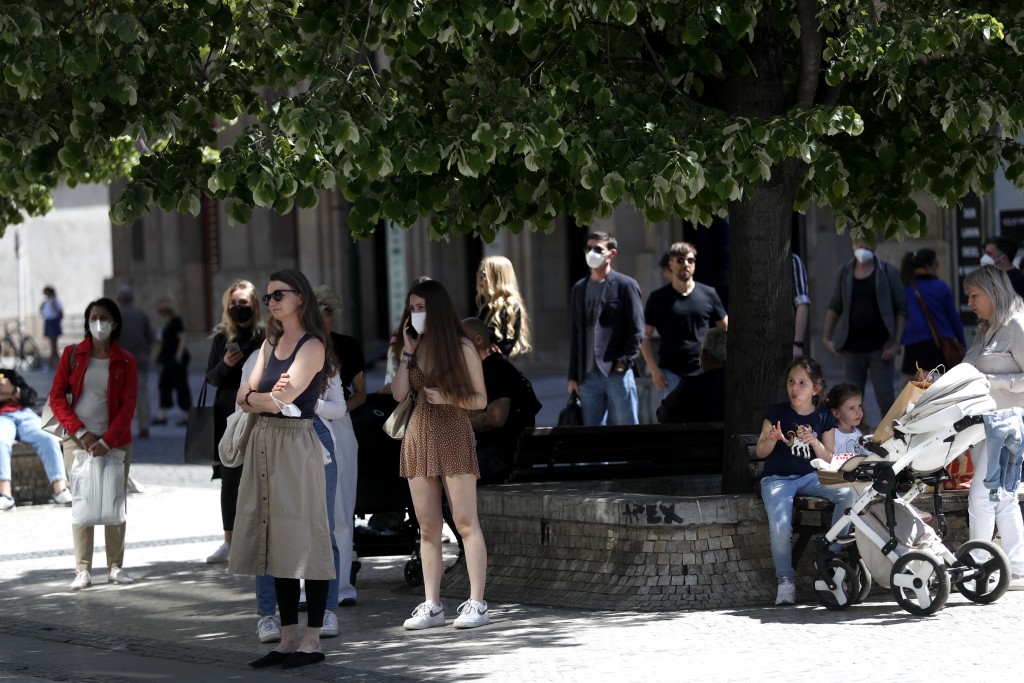 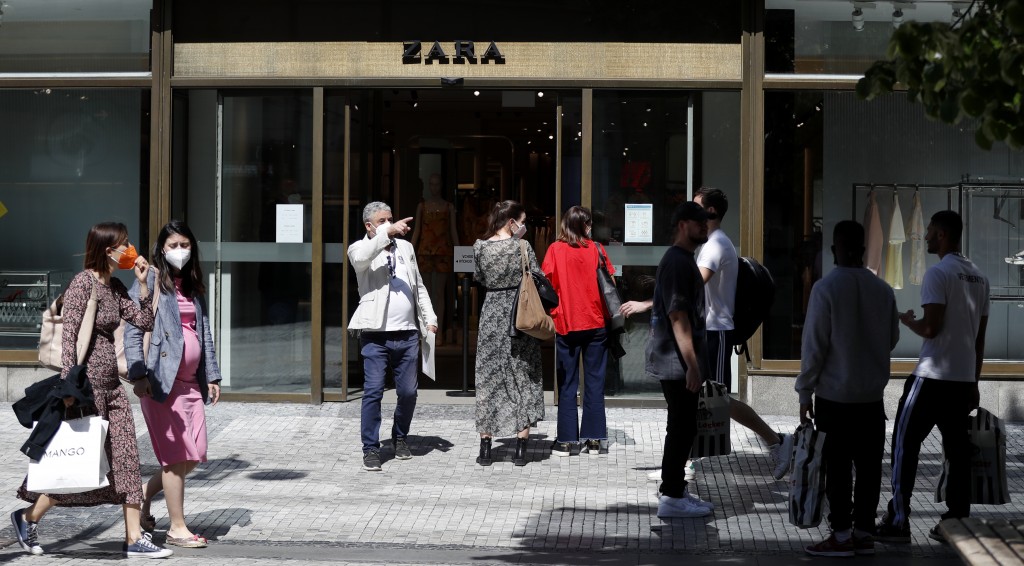 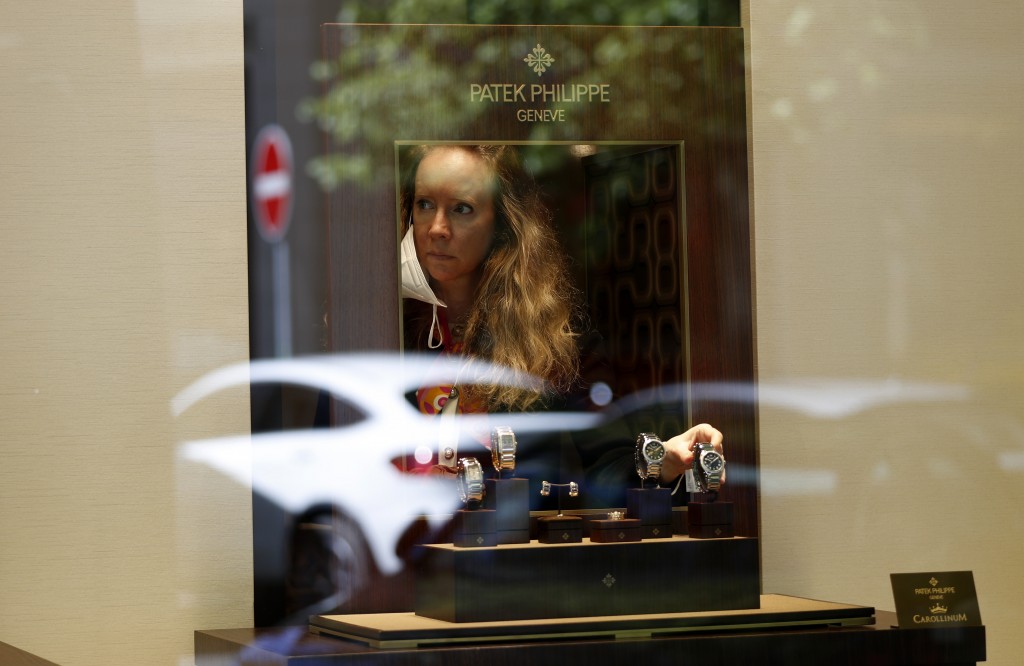 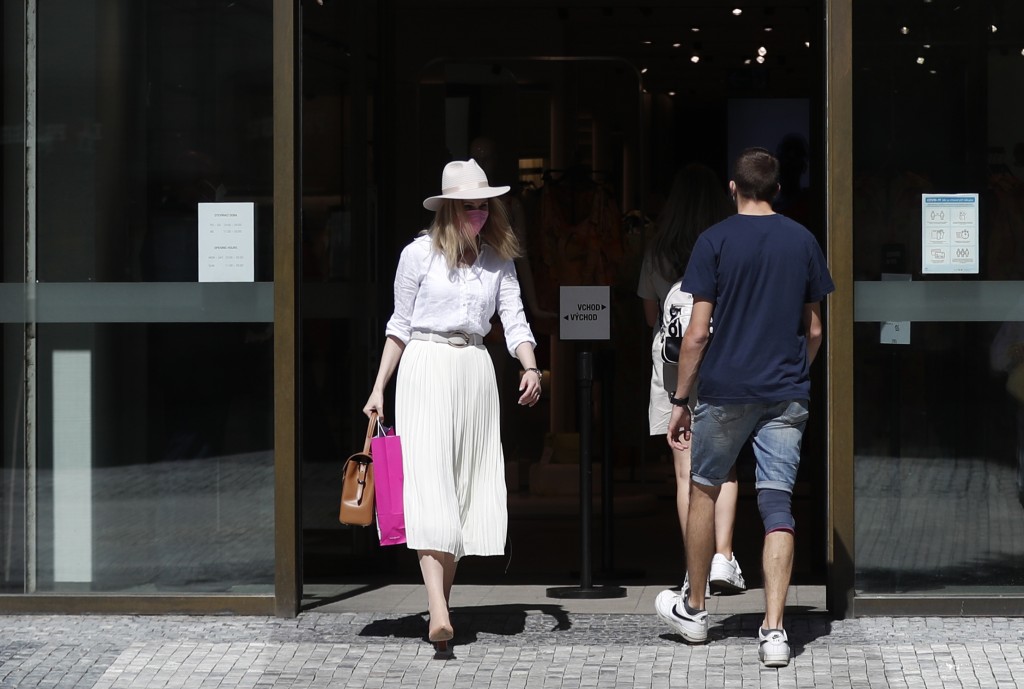 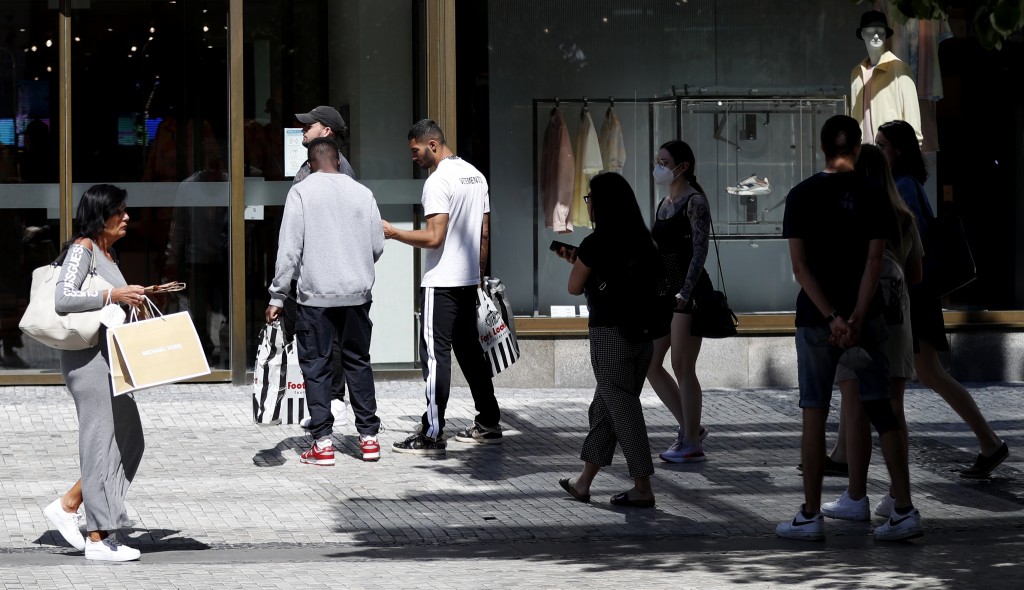 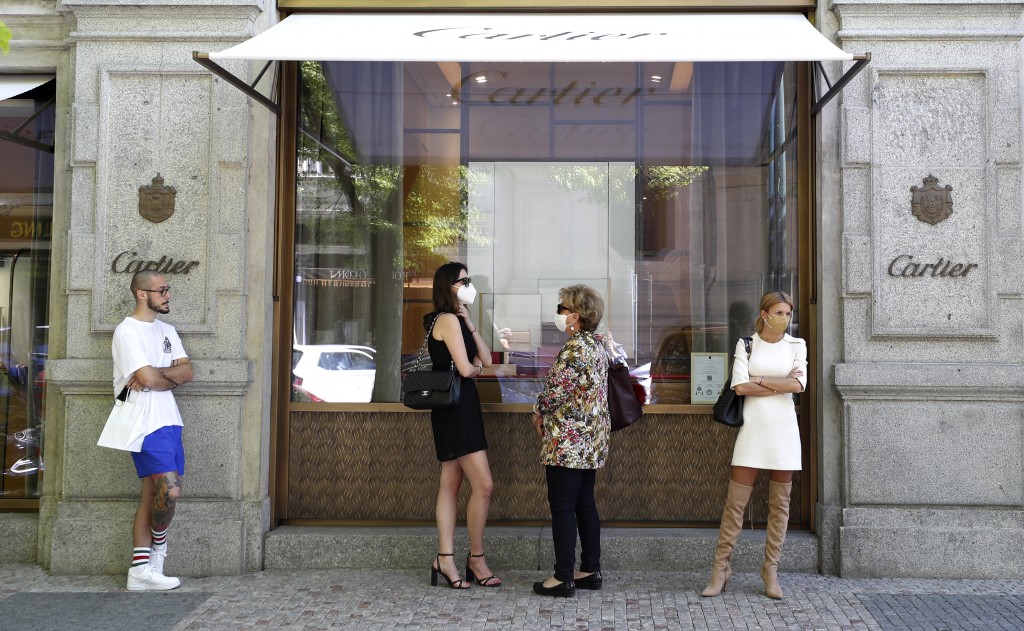 PRAGUE (AP) — The Czech Republic was massively relaxing its coronavirus restrictions on Monday as the hard-hit nation paid respect to nearly 30,000 dead.

The latest wave of easing came after new infections fell to the levels last seen in August, at which time the government failed to react in time to a rising number of infections, which later contributed to record numbers of deaths.

People in the capital, Prague, formed lines before opening time as all stores and shopping malls across the country returned to business.

“It’s a relief that they are open,” said Dan Cooper, one of the shoppers. “I think I have a long list of things that I need to buy now.”

In a visible change, Czechs were allowed to remove face coverings in all outdoor spaces if they stay at least two meters (yards) from other people. Many haven't worn them in previous days and weeks anyway.

Children returned to all elementary schools under strict conditions even in the hardest-hit regions. All have to wear face masks and be tested twice a week. They are also returning on a rotating basis, with in-school attendance one week and distance learning the next.

The relaxation move came as the daily number of new cases dropped from almost 17,000 in early March to 381 on Sunday, the lowest figure since the end of August while the number of infected fell to 101 per 100,000 people in the past seven days.

But in some counties, the number of cases still surpassed 180 per 100,000, prompting some experts to warn against dropping the restrictions there.

“If the situation remains unfavorable in some counties and regions, the relaxation there should not be the same as in other parts of the country,” Petr Pazdiora, the head of the Institute of Epidemiology at the University Hospital in western city of Plzen told Czech public radio.

The Czech Republic at one point topped the global death toll table per capita, due to too-early relaxations.

The government was set to discuss later on Monday a plan to allow spectators to attend concerts and other cultural events. The Culture Ministry proposed that up to 700 people could attend outdoor events while the number would be limited to 400 indoors.

High schools and universities still remained closed, together with bars and restaurants.

Czech leaders, officials and citizens were planning to light 30,000 candles at Prague Castle, the seat of the presidency, Monday evening to pay respect to the victims of the pandemic.