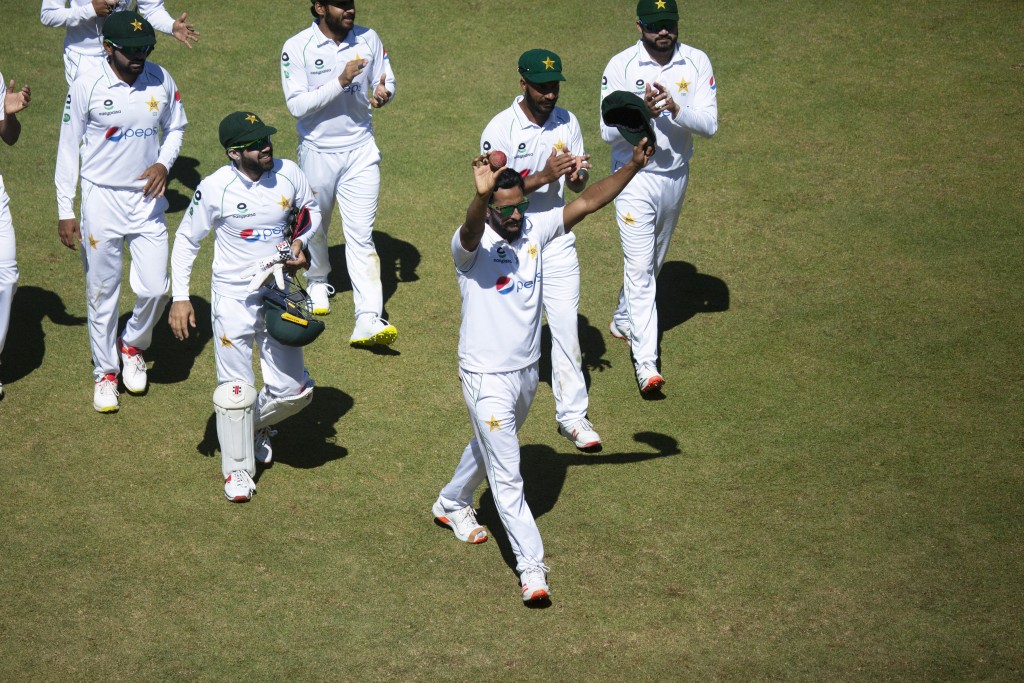 HARARE, Zimbabwe (AP) — Pakistan quickly took the one wicket it needed Monday for another innings victory over struggling Zimbabwe in the second test and a 2-0 series sweep.

It took only five overs on Day 4 for Shaheen Shah Afridi to end it by having Luke Jongwe caught behind by wicketkeeper Mohammad Rizwan for 37.

Pakistan won by an innings and 147 runs at Harare Sports Club to go with the innings and 116-run win in the first test at the same venue.

Pakistan also claimed a slice of history with Afridi's 5-52 making him the third Pakistan bowler in the test to take a five-wicket haul. He and Nauman Ali (5-86) took five each in the second innings after Hasan Ali's five in the first.

Zimbabwe continued on 220-9 in its second innings, on the brink of defeat and still 158 runs short of making Pakistan bat again. The home team added only 11 more runs to be all out for 231.

Pakistan controlled the match from the start and posted 510-8 declared after batting first, with 215 not out from opener Abid Ali and 126 from Azhar Ali.

The bowlers then went to work and were also dominant, with Hasan Ali collecting 5-27 in 13 overs as Pakistan bowled Zimbabwe out for 132 in its first innings and made the home team follow on.

Zimbabwe was outclassed and only passed 200 once in its four innings in the series.

Pakistan also won ODI and Twenty20 series in South Africa and a T20 series in Zimbabwe in its tour of southern Africa.