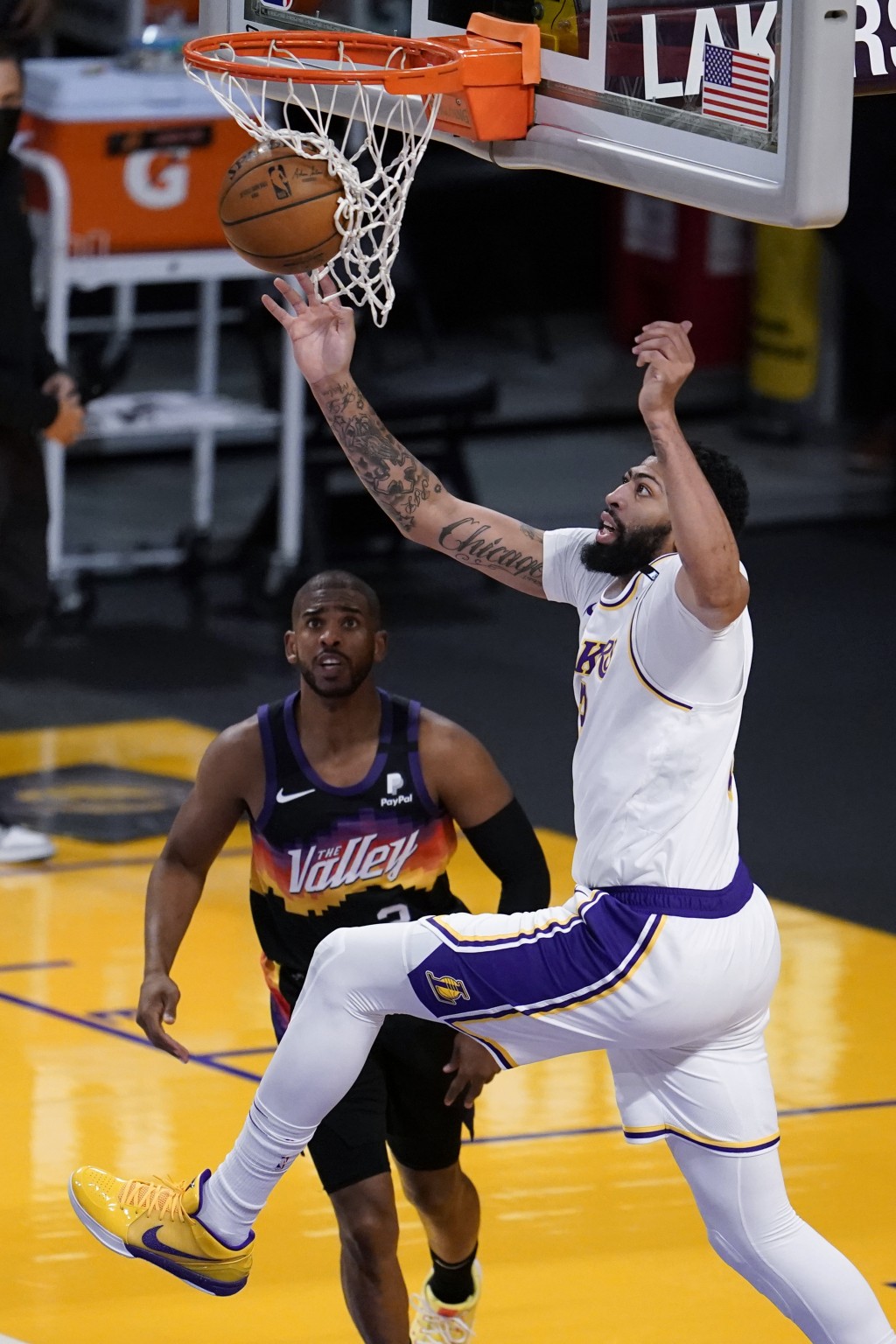 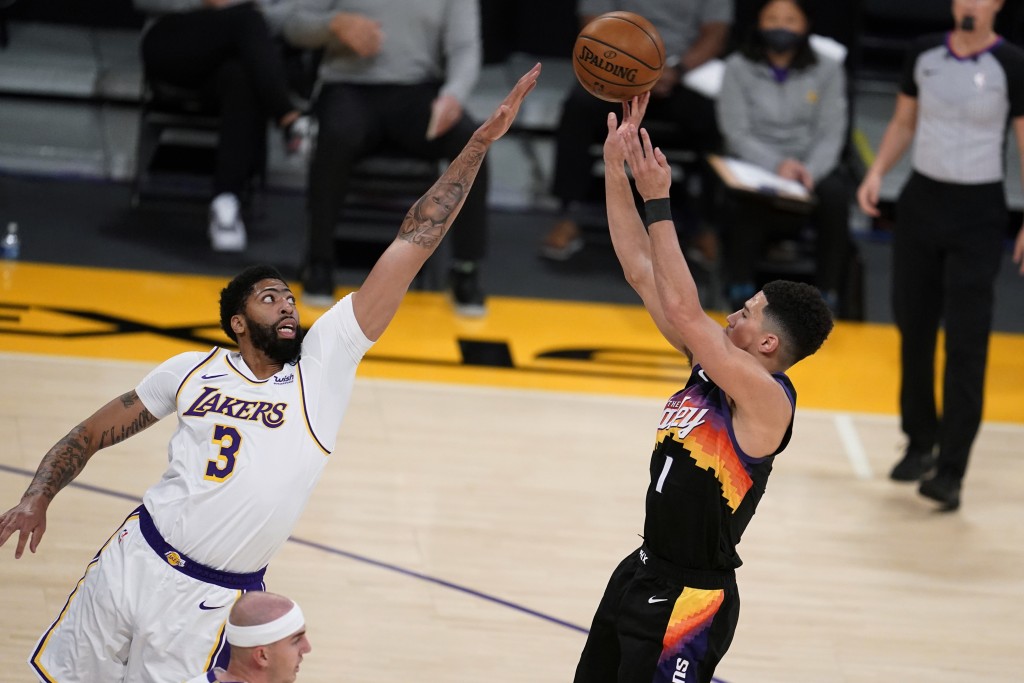 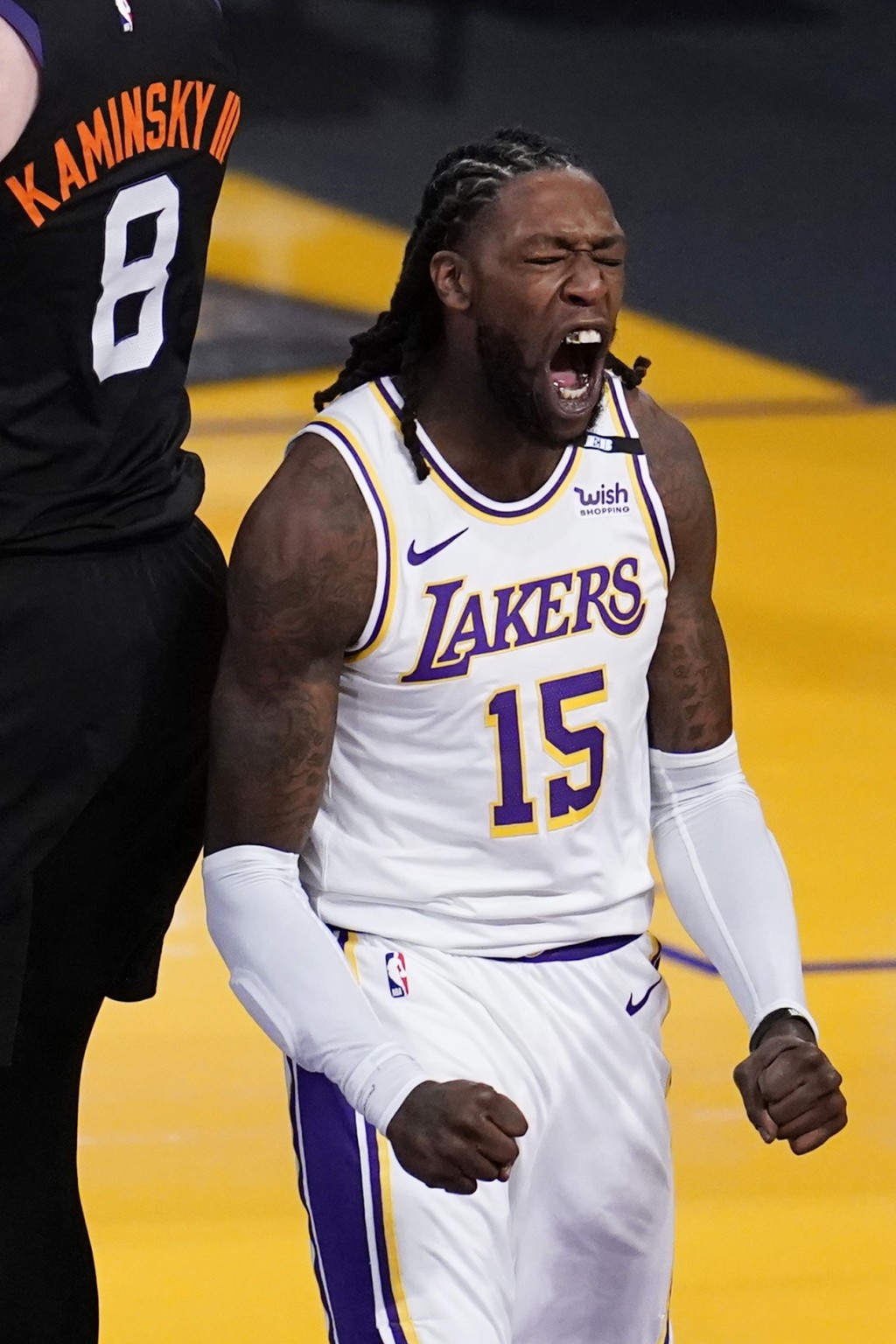 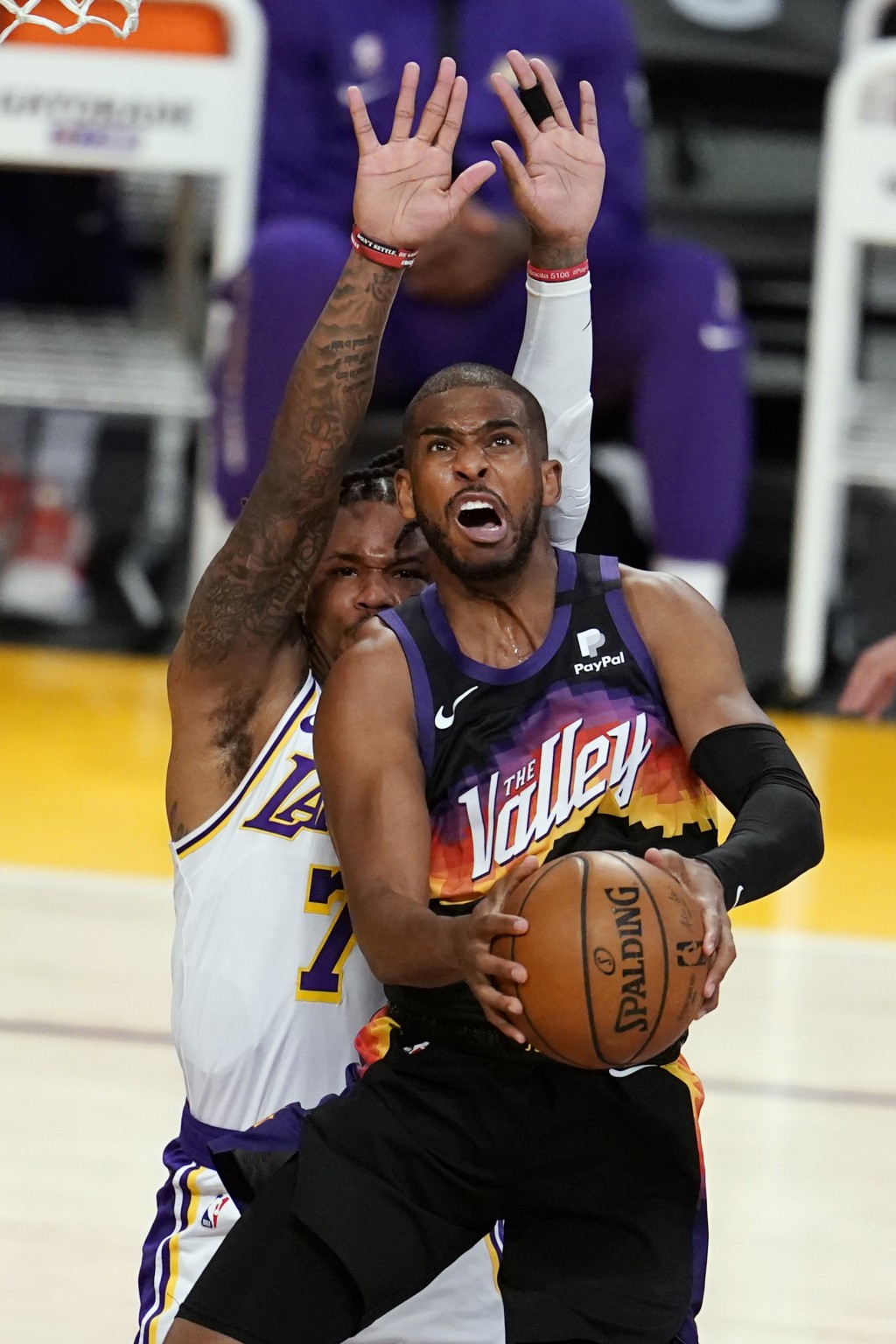 LOS ANGELES (AP) — Anthony Davis had 42 points and 12 rebounds and the Los Angeles Lakers never trailed in a 123-110 win over the Phoenix Suns on Sunday night.

Kentavious Caldwell-Pope and Alex Caruso each had 17 points and the short-handed Lakers won for just the third time in their past 11 games.

LeBron James missed his fourth straight game for Los Angeles because of a sprained right ankle, and Kyle Kuzma was held out because of tightness in his back.

Cameron Payne had 24 points for the Suns, who have lost two of three following a five-game winning streak. Devin Booker added 21 points and Mikal Bridges 15.

An energized Davis led the way for the defending NBA champions as they try to avoid the play-in tournament, with his one-handed alley-oop from Andre Drummond setting the tone as Los Angeles scored the first seven points. The Lakers led 30-19 after the first quarter.

Los Angeles built its biggest advantage early in the fourth to go ahead by 23 points en route to completing the three-game season sweep.

Phoenix could never find enough outside shooting to make a charge until the final quarter. They were 5 for 10 from 3-point range in the fourth.

Deandre Ayton made a reverse layup to get the Suns within 115-108 with 3:57 to play, but the Lakers were able to maintain a cushion until Davis closed it out with an emphatic reverse dunk and hit the subsequent free throw for the final margin.

Suns: Phoenix was 11 for 25 from 3-point range, with Bridges, Payne and Jae Crowder accounting for all but two makes. ... Chris Paul had 13 points and 10 assists.

Lakers: Ben McLemore and Montrezl Harrell each had 12 points off the bench. ... PG Dennis Schröder could return when the Lakers play at Indiana on Saturday or at New Orleans on Sunday to close out the regular season. Schröder has missed the past five games while in the league’s health and safety protocols.