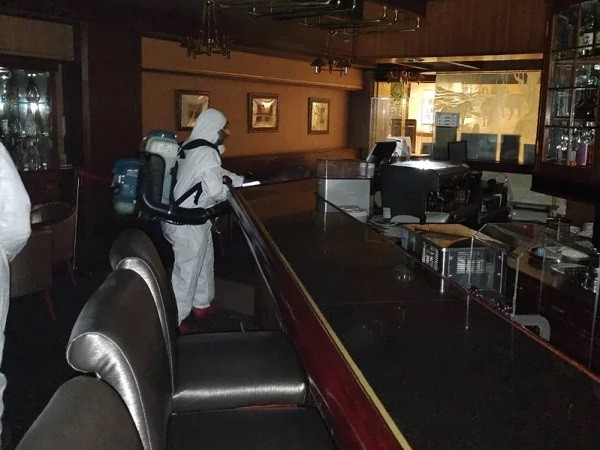 TAIPEI (Taiwan News) — The Central Epidemic Command Center (CECC) on Monday (May 10) revealed the Taipei locations visited by a pilot while he was potentially infectious with the coronavirus and added detail to the venues where another pilot and his wife had recently ventured.

On Saturday (May 8), the CECC announced that case No. 1,183 is a male China Airlines pilot in his 50s, while case No. 1,184 is his wife. Chen provided a table showing their movements earlier this month, when they may have already been infectious. The Howard Plaza Hotel Taipei on Monday stated that since receiving news from the Taipei City Health Department on Sunday evening (May 9), it has disinfected all public areas on the first floor, all elevators, the B1 area of ​​the hotel, the staff dining hall, and changing rooms.

The hotel said that based on a preliminary investigation, the pilot only stayed at the Seven Scholars Lounge on the first floor for about one hour. Therefore, the hotel said it will close the lounge for seven days and strengthen disinfection measures after guests check out of their rooms.