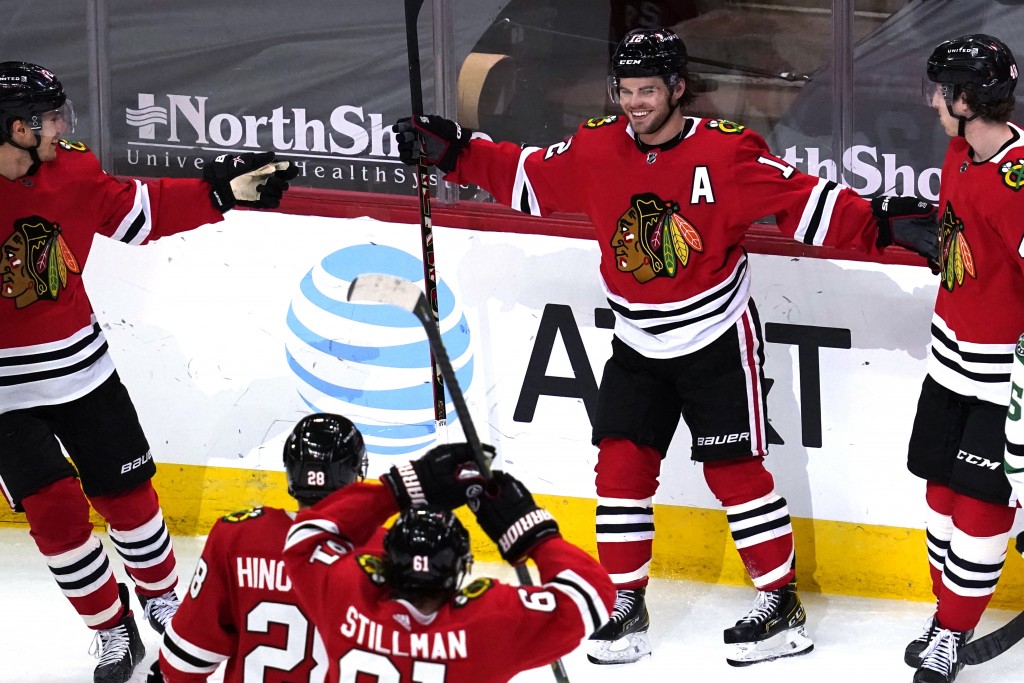 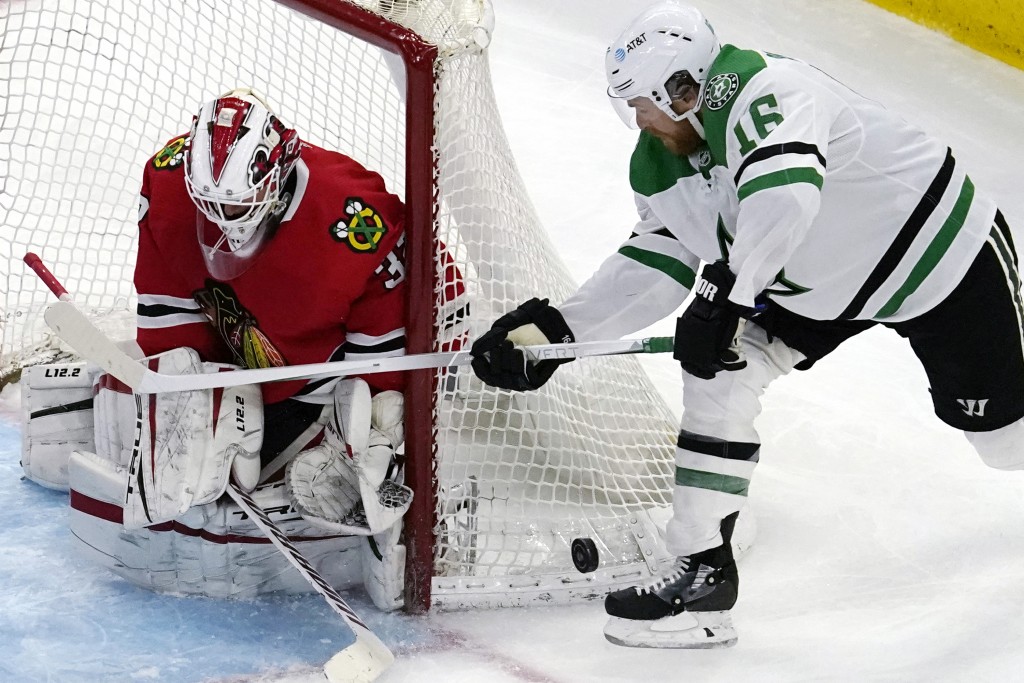 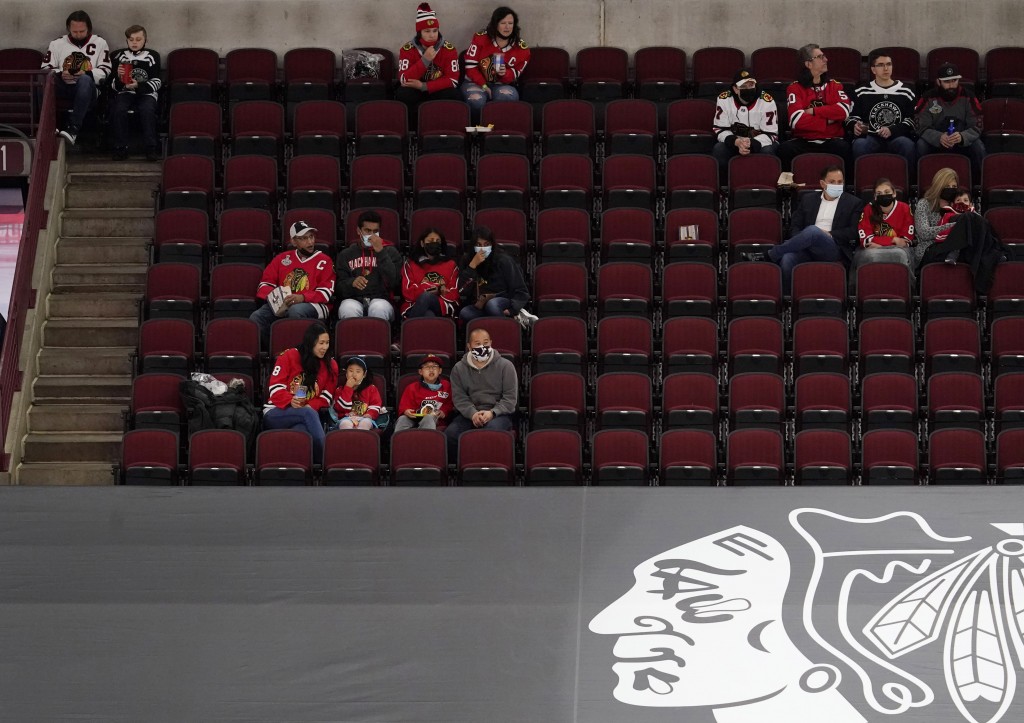 CHICAGO (AP) — Alex DeBrincat scored two more goals, Kevin Lankinen made 37 saves and the Chicago Blackhawks welcomed fans back to the United Center with a 4-2 victory over the Dallas Stars on Sunday night.

Chicago hosted a crowd of 3,820 for its first home game with fans in almost 14 months. It was the last U.S.-based NHL team to open its doors to the public during the COVID-19 pandemic.

Two of the biggest cheers of the night were for DeBrincat, who extended his goal-scoring streak to six. He scored on a power play in the first period and then helped close it out when he made it 4-2 with his 31st of the season with 3:12 left.

The Blackhawks had 10 rookies in the lineup for their penultimate game of the season, and they did enough to hold off Dallas in the Stars’ first game since they were eliminated from playoff contention.

Brandon Hagel had a goal and an assist in Chicago’s second straight win. MacKenzie Entwistle became the ninth player to score his first career goal with the Blackhawks this year.

Dallas lost for the sixth time in seven games. Denis Gurianov and Mark Pysyk scored for the Stars, and Anton Khudobin made 21 stops.

CALGARY, Alberta (AP) — Johnny Gaudreau and Matthew Tkachuk each had a goal and two assists and Calgary beat Ottawa to preserve its slim playoff hopes.

The Flames moved eight points behind Montreal for the fourth and final playoff spot in the North Division. To make the postseason, Calgary needs to win its remaining four games against the division-worst Canucks, and the Canadiens needs to lose their remaining two games against Edmonton in regulation.

Josh Norris scored for Ottawa. Anton Forsberg gave up four goals on 23 shots. He was replaced by Filip Gustavsson, who made 11 saves in relief.