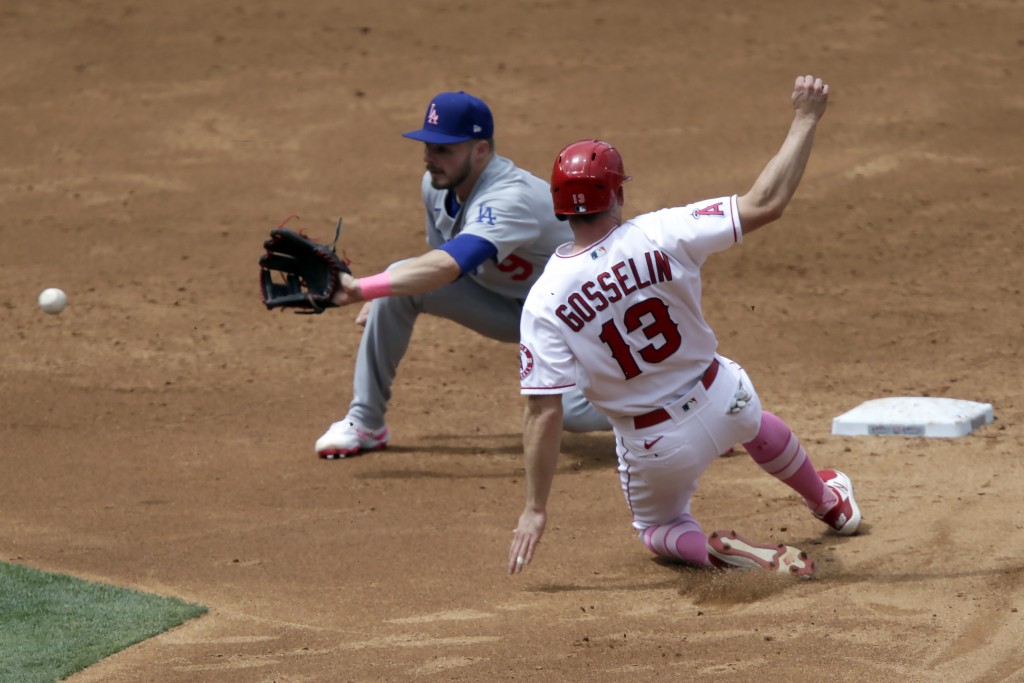 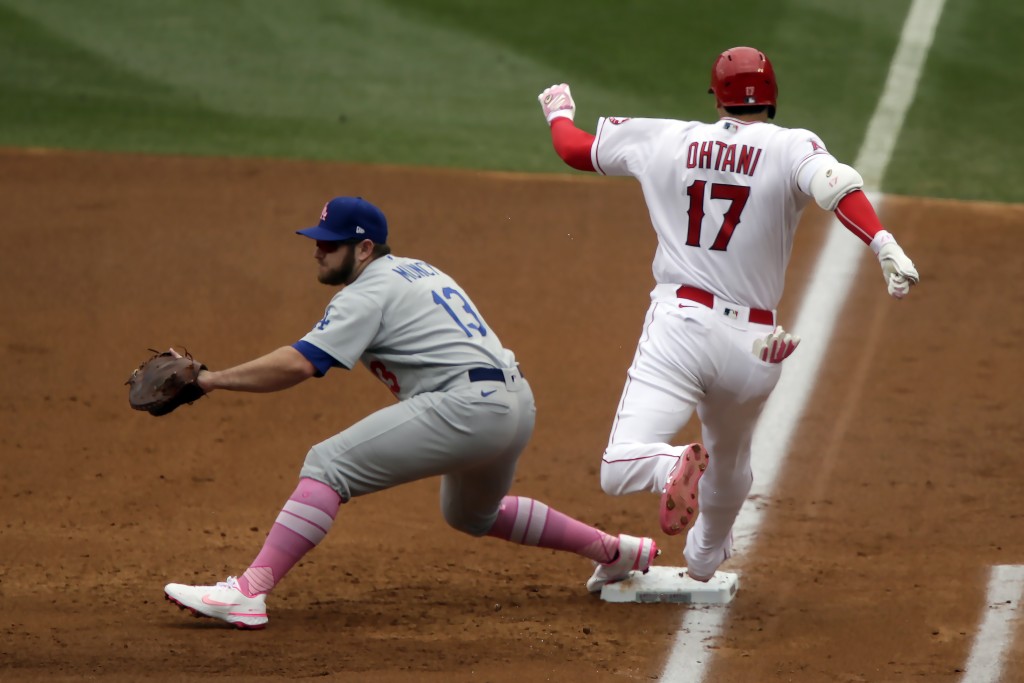 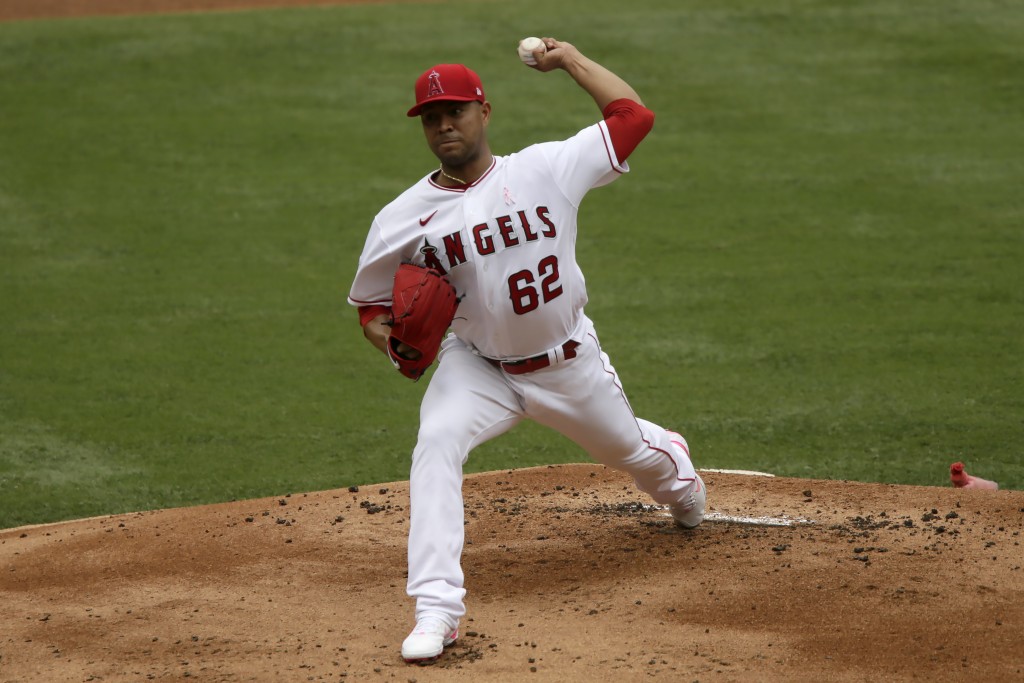 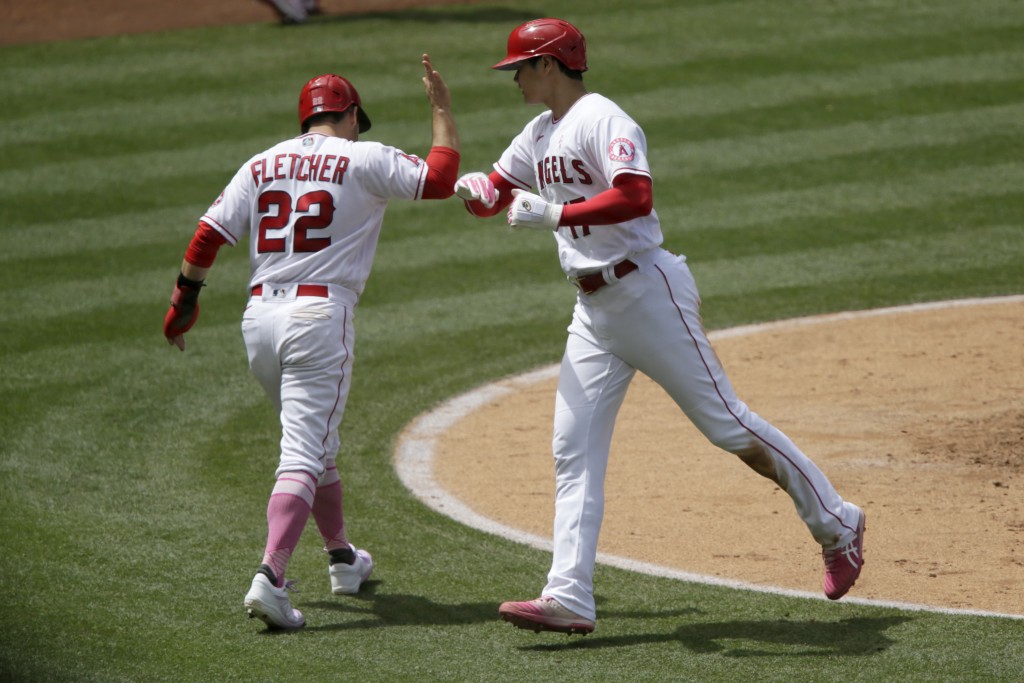 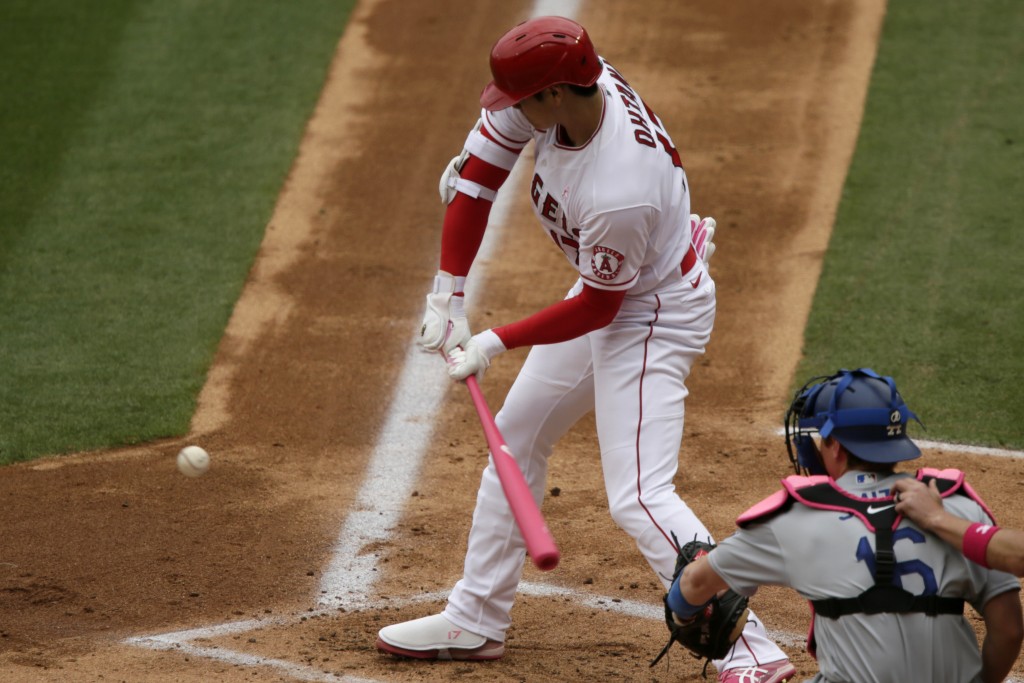 ANAHEIM, Calif. (AP) — Jared Walsh hit a two-run double in the third inning and the Los Angeles Angels held on for a 2-1 victory Sunday over the slumping Los Angeles Dodgers.

After the Dodgers struck first in the third on Chris Taylor's two-out RBI single, the Angels responded in the home half when Walsh lined a bases-loaded, ground-rule double down the right-field line off Trevor Bauer (3-2).

The Dodgers were held to three hits but had plenty of baserunners after drawing nine walks from six Angels pitchers. The defending World Series champions left 12 on base and were 1 for 11 with runners in scoring position.

The Dodgers had runners on first and second with one out in the ninth after Mookie Betts walked and Corey Seager singled. Raisel Iglesias retired Justin Turner on a line drive to right field and Will Smith on a grounder for his fifth save.

The Freeway Series finale featured less offense than the previous night, when the Dodgers won 14-11. The 25 runs were the most in a major league game this season.

The Dodgers have dropped five straight series and split one after taking two of three from San Diego from April 16-18. They started the season 13-3 but find themselves just 18-17 after dropping 14 of 19.

Quintana made it to the fifth inning for only the second time in six starts, but it wasn't pretty.

The left-hander allowed one run on two hits with six strikeouts, but walked five. He loaded the bases on three walks in the first but got out of the jam when Taylor lined out to left.

The right-hander allowed two runs on four hits with two walks. He struck out nine to take over the NL lead with 67.

Dodgers: LF AJ Pollock was out of the lineup for the second straight game after straining his left hamstring Friday. Manager Dave Roberts said Pollock will receive more treatment during Monday’s off day before the team decides whether to place him on the injured list. ... RHP Brusdar Graterol (forearm tightness) threw on flat ground from 90 feet before the game. Roberts said the Dodgers hope he can return to throwing off the mound in a couple of days.

Angels: SS Jose Iglesias was not in the lineup after leaving Saturday’s game due to a back injury. ... LHP Tony Watson was reinstated from the injured list after a 10-day stint due to a left calf strain. ... RHP Alex Cobb (right middle finger blister) said he hopes to return to the starting rotation during next weekend’s series at Boston. ... Félix Peña was optioned to Triple-A Salt Lake after allowing seven runs over 1 2/3 innings in two appearances. José Suarez was called up.

Dodgers: Walker Buehler (1-0, 3.13 ERA) gets the call to open a nine-game homestand Tuesday against Seattle. The right-hander has gone at least six innings in each of his six starts.

Angels: Hit the road for six games beginning Monday against Houston. The starting pitcher had not been announced.