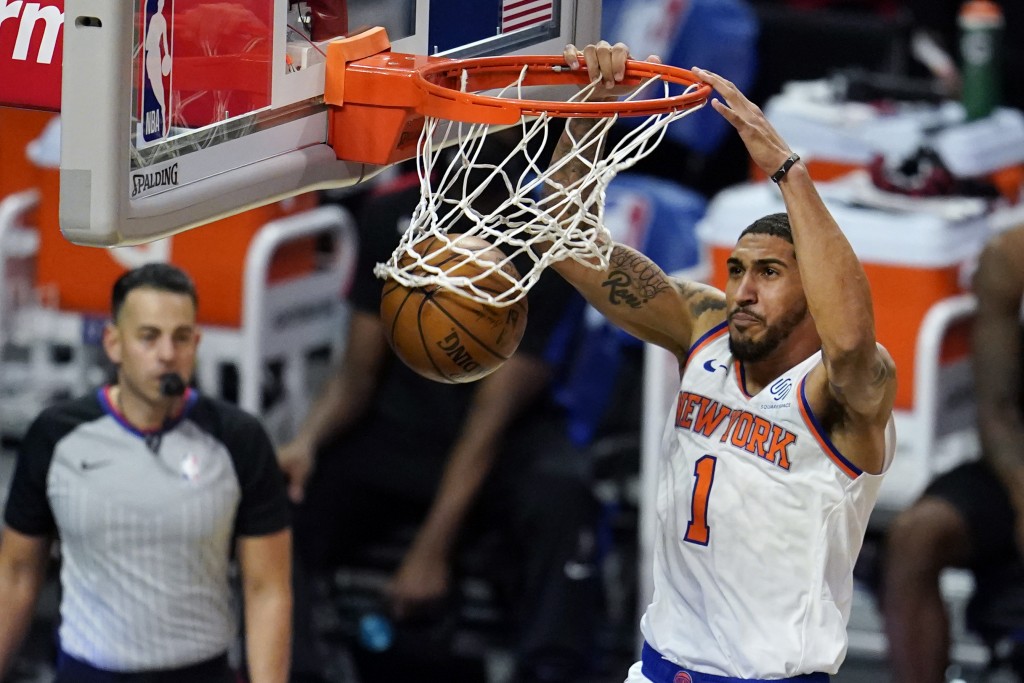 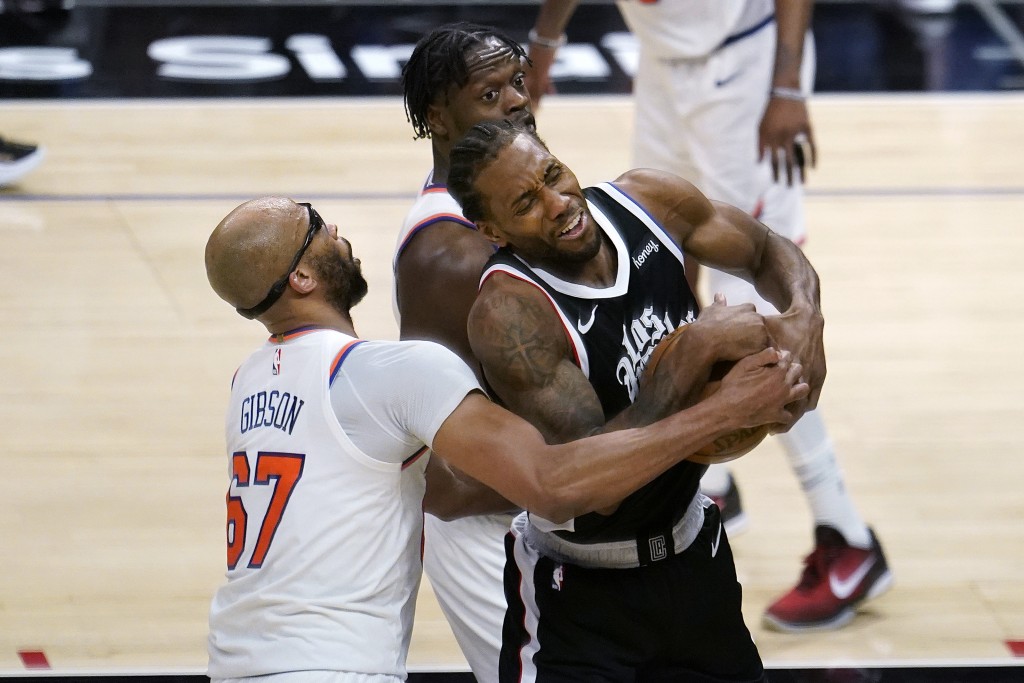 Bullock made five 3-pointers against his former team and RJ Barrett had four on his way to 18 points. The Clippers are the NBA’s best 3-point shooting squad, but they were just 12 of 35.

Kawhi Leonard led the Clippers with 29 points. Paul George added 18 and Nicolas Batum had 13 as the playoff-bound team’s two-game winning streak ended in its home finale of the regular season.

The Knicks led by 10 early in the fourth, when they made three 3-pointers, and the Clippers dissolved in miscues and misses.

BOSTON (AP) — Jimmy Butler had 26 points and 11 assists to help Miami hold off Boston as the teams fight for position in the tight Eastern Conference playoff race.

Duncan Robinson added 22 points and Bam Adebayo had 20 for Miami, which increased its lead over Boston to two games for sixth place in the standings. The Heat (37-31) have the same record as fifth-place Atlanta, but the Hawks own the head-to-head tiebreaker.

It is the first of two straight games between Miami and Boston. They will meet for the final time during the regular season Tuesday night.