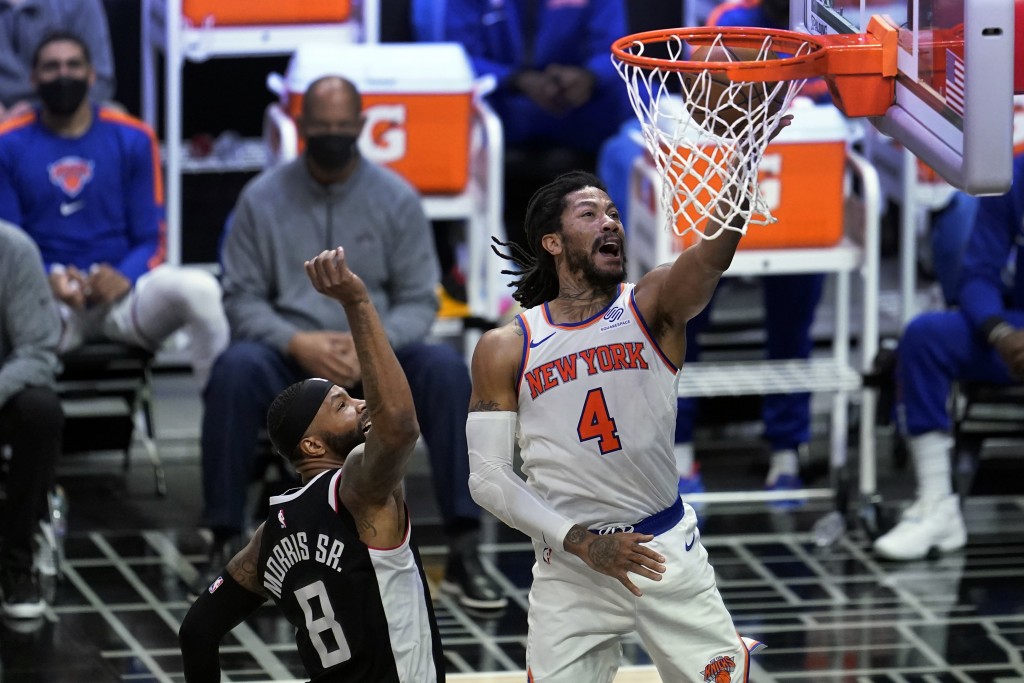 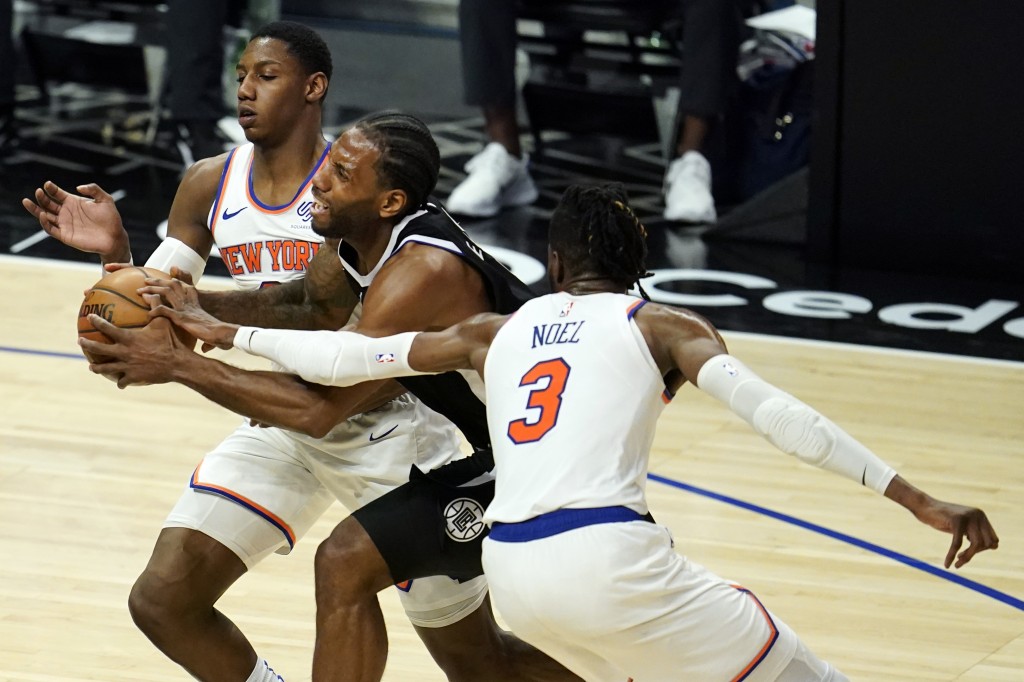 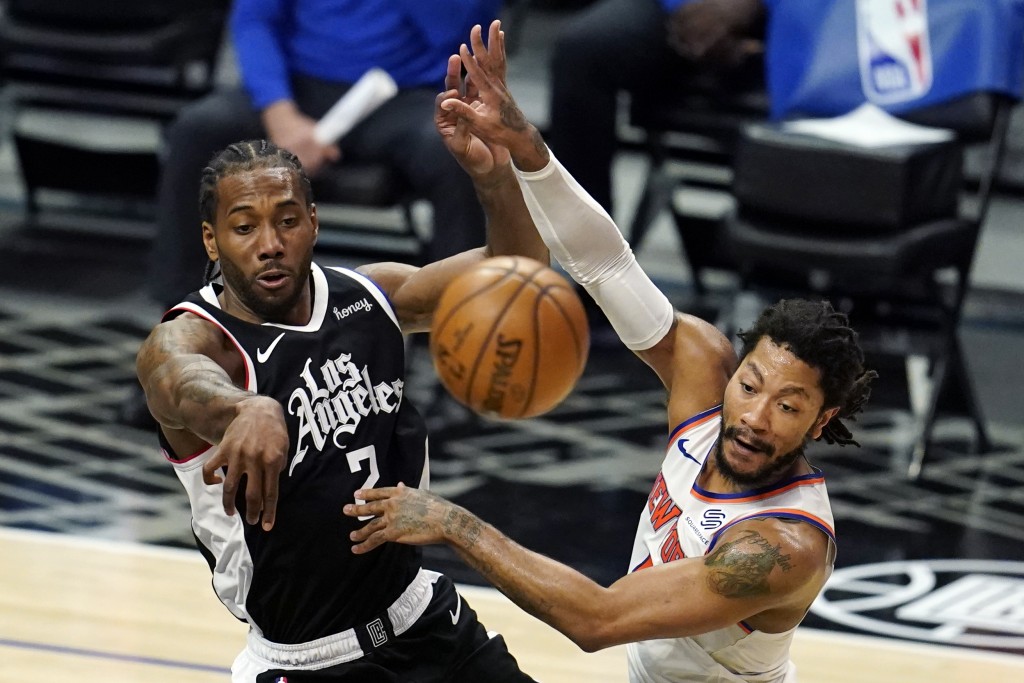 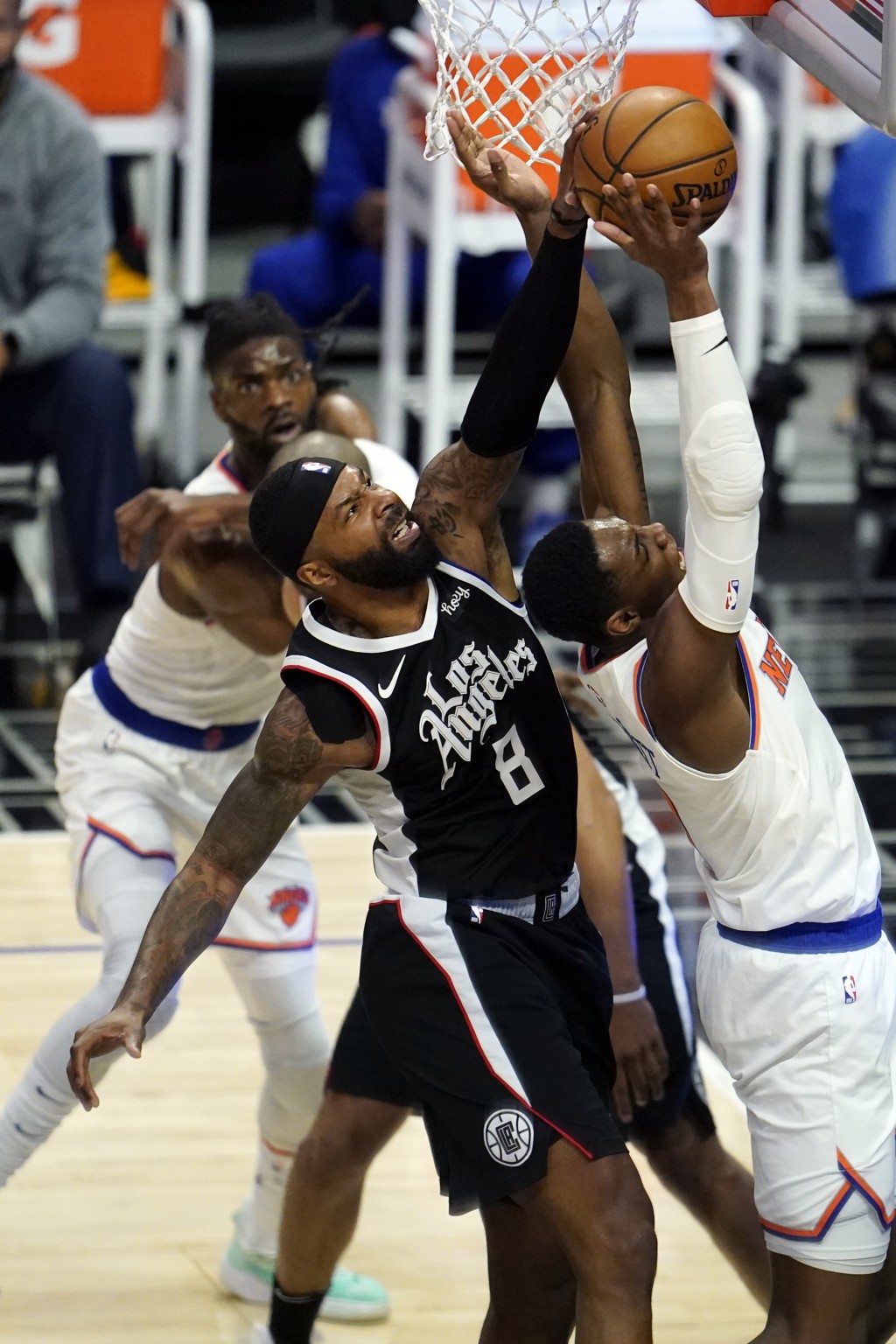 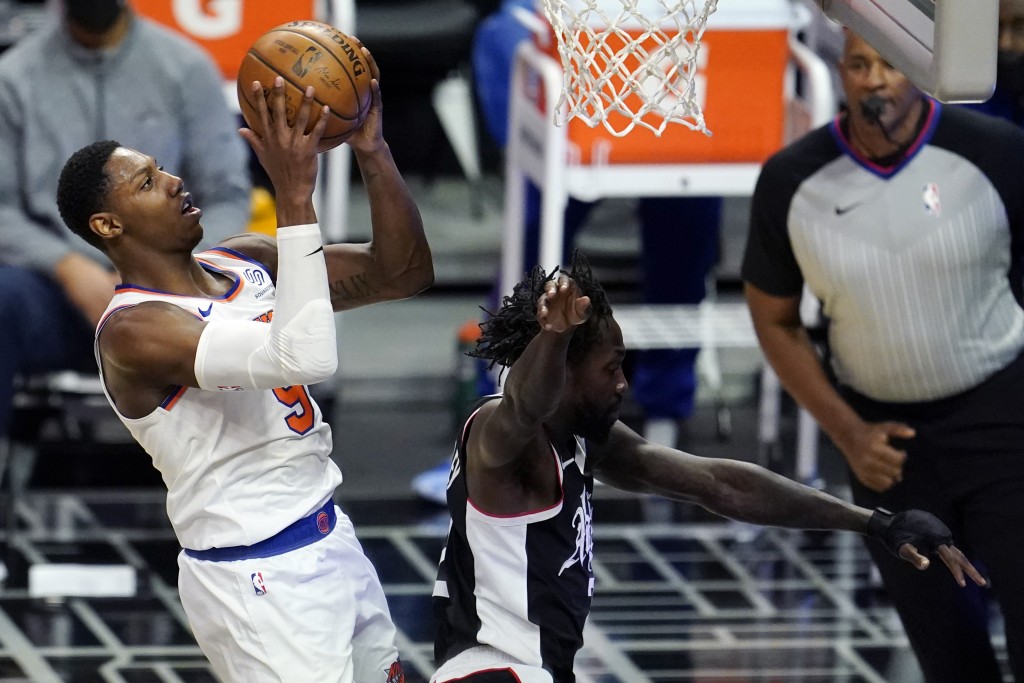 Bullock made five 3-pointers against his former team and RJ Barrett had four on his way to 18 points. The Clippers are the NBA’s best 3-point shooting squad, but they were just 12 of 35.

Kawhi Leonard led the Clippers with 29 points. Paul George added 18 and Nicolas Batum had 13 as the playoff-bound team’s two-game winning streak ended in its home finale of the regular season.

The Knicks led by 10 early in the fourth, when they made three 3-pointers, and the Clippers dissolved in miscues and misses.

Leonard returned to the game with 5 1/2 minutes left, scoring five in a row to pull the Clippers to 96-90. He and George combined to score all of the Clippers' final 15 points. Leonard's 3-pointer cut the Knicks' lead to 104-100, but Taj Gibson made a pair of free throws to seal it.

Julius Randle finished with 14 points and 14 rebounds for the Knicks, who had plenty of supporters cheering despite the limited attendance.

Trailing 62-61, the Knicks outscored the Clippers 18-12 to close the third leading 79-74. New York’s run was fueled by four 3-pointers, including three by Bullock, to give the Knicks their largest lead to that point.

The Knicks missed their first seven shots of the game while the Clippers raced to a 10-point lead. But the Knicks recovered to tie it up before falling behind by nine in the second quarter.

Clippers: Split the season series after winning 129-115 on the road.

Knicks: Stay in Los Angeles to play the Lakers on Tuesday night.

Clippers: Face Toronto on Tuesday night in Tampa, Florida, in the opener of a four-game trip to close the regular season.