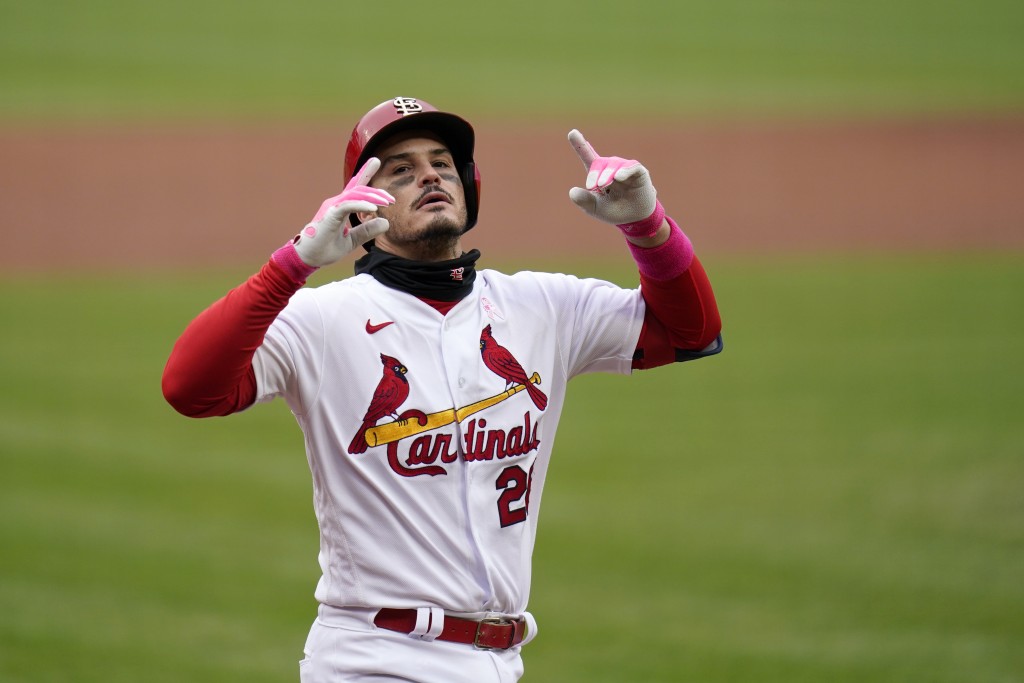 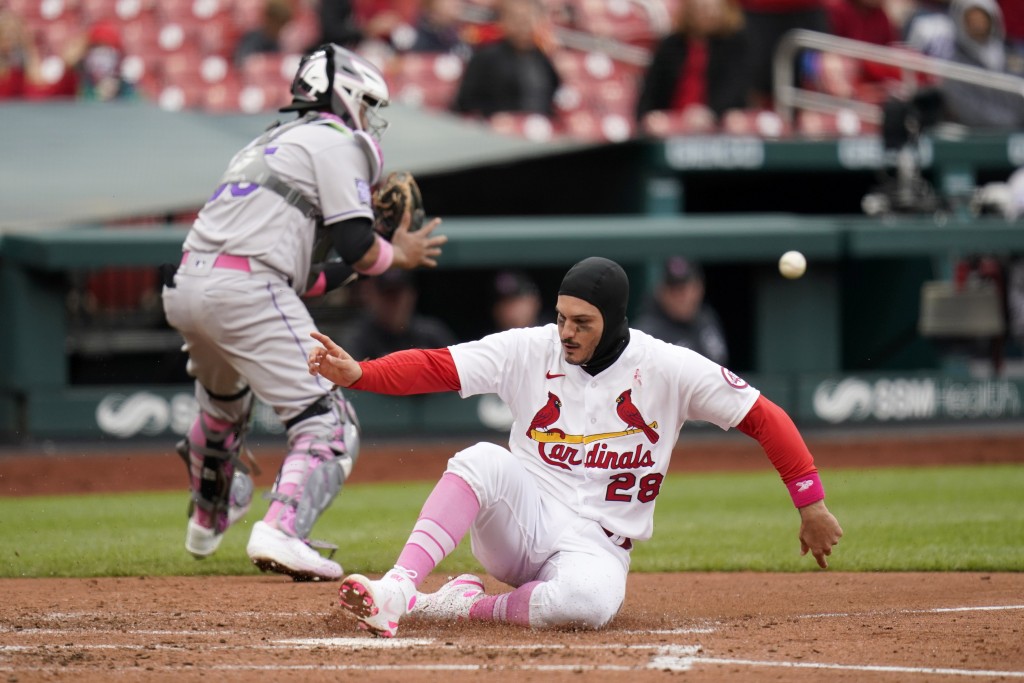 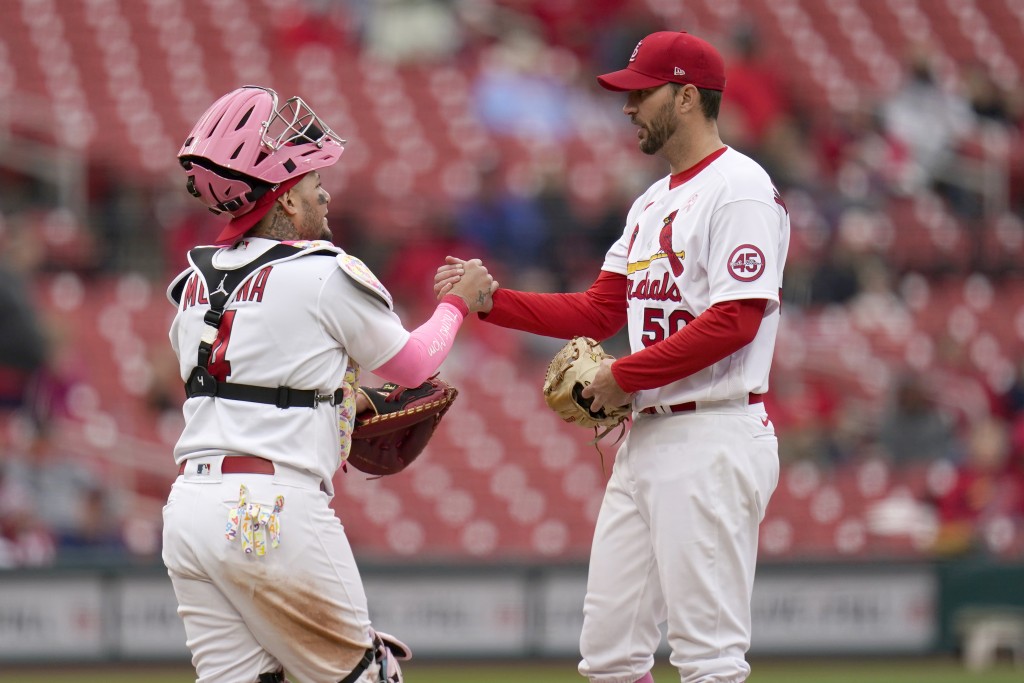 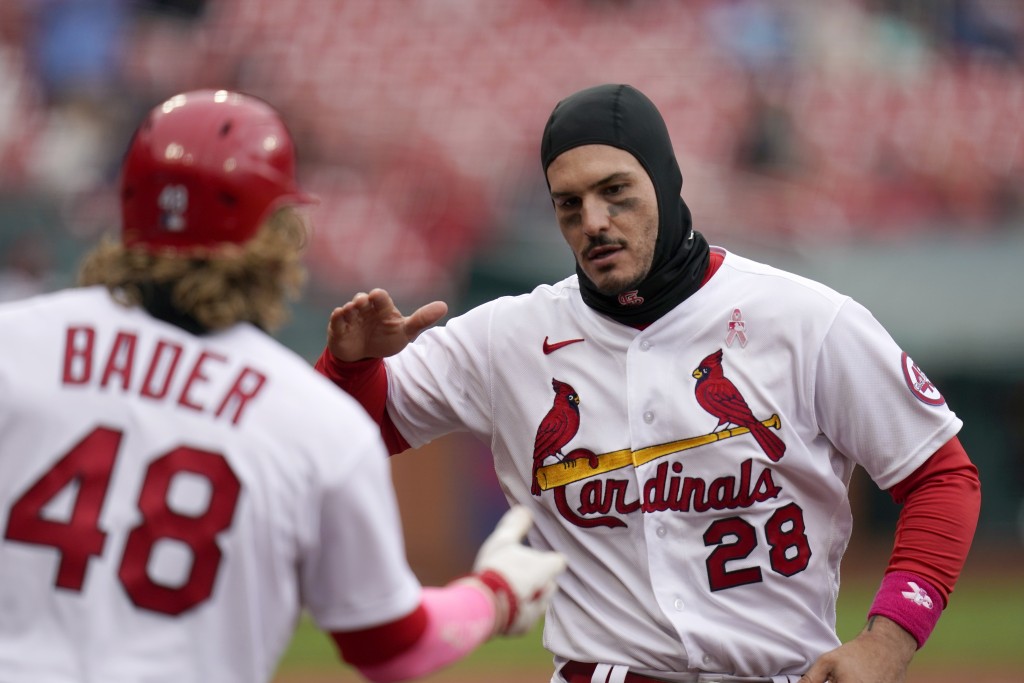 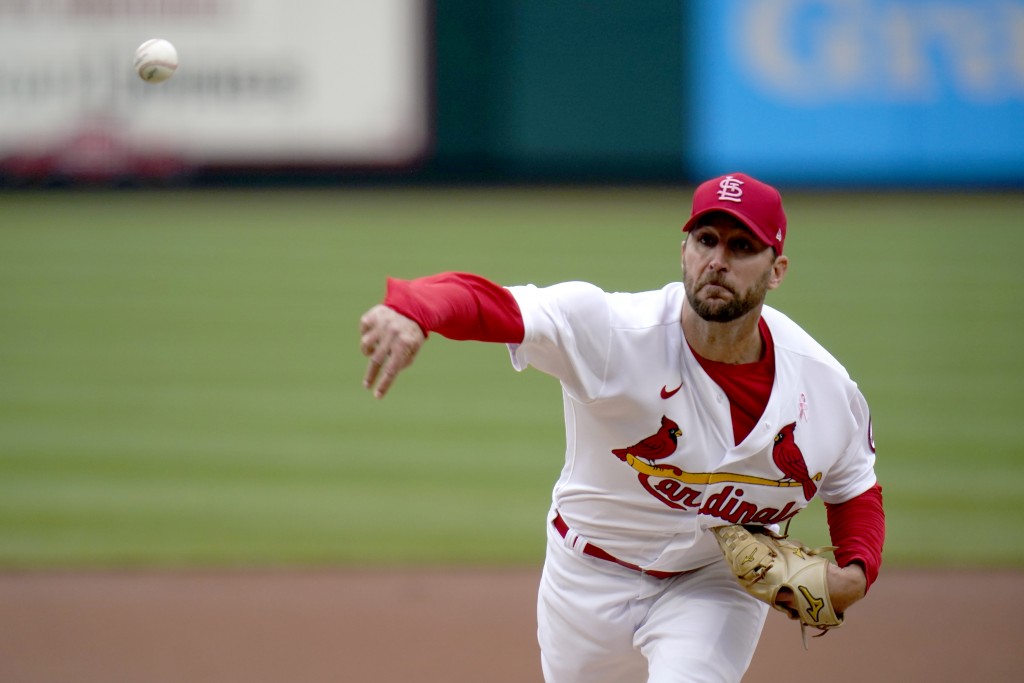 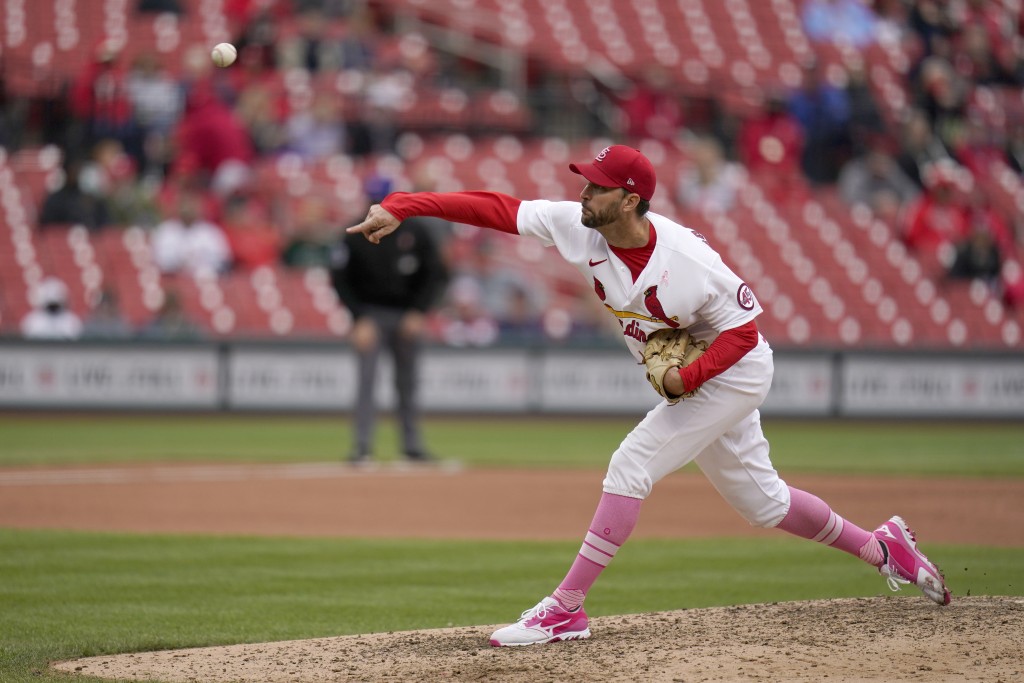 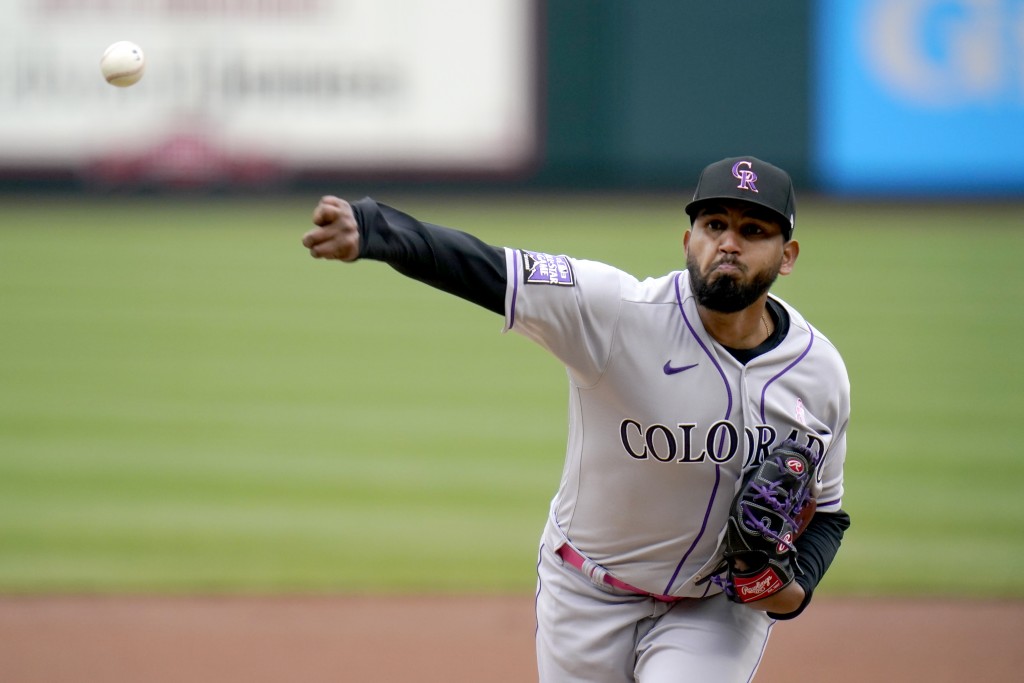 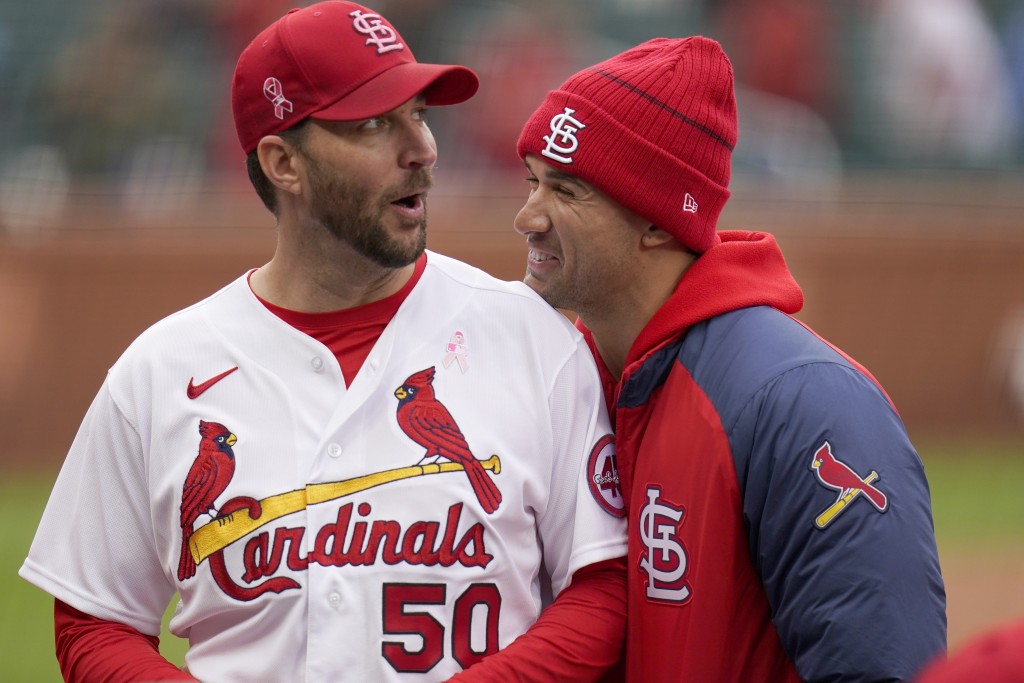 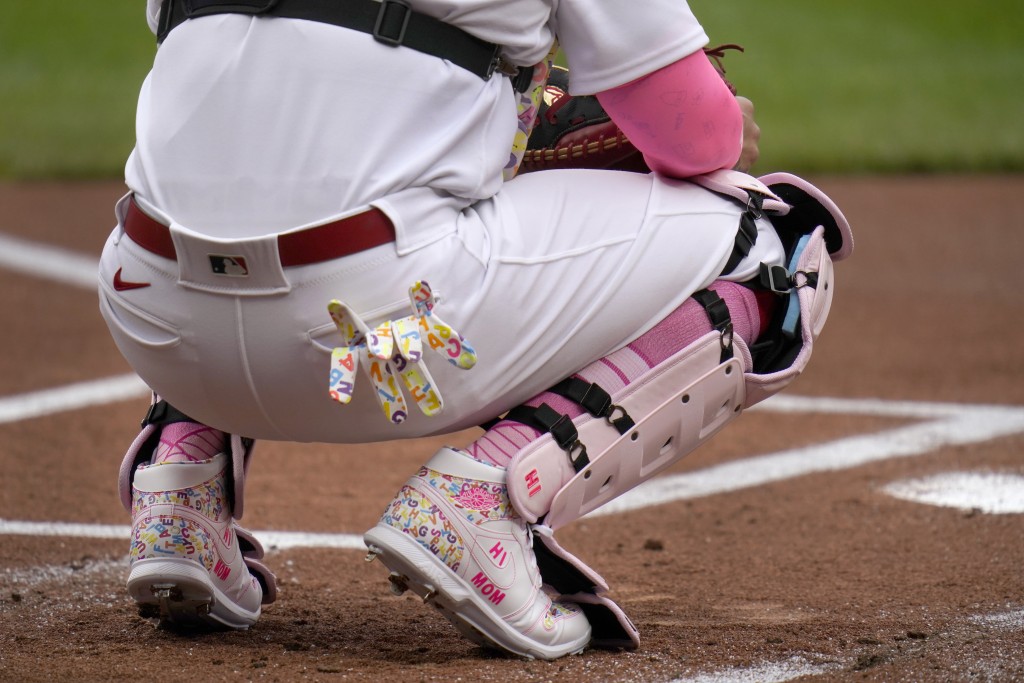 Yadier Molina hit an RBI double and Ryan Helsley got Josh Fuentes to ground into a game-ending double play with the bases loaded. St. Louis completed a three-game sweep and has won nine of 11 overall.

Colorado dropped to a major league-worst 2-14 on the road.

Arenado was acquired from the Rockies in a blockbuster trade in early February after the star third baseman spent the first eight years of his career with Colorado.

Wainwright (2-3) struck out five and walked three over 8 1/3 innings, improving to 11-1 against the Rockies. He retired nine batters in a row at one point and eight straight during another stretch.

The 39-year-old right-hander fell two outs short of his 11th career shutout. His last one came in 2016.

Helsley earned his second major league save and first this season.

Arenado homered leading off the second against German Marquez (1-4), who allowed two runs, one earned, in six innings. Marquez struck out six and walked three.

Molina added a run-scoring double in the fourth.

St. Louis improved to 14-4 since April 23, the best record in the majors during that span.

Wainwright committed just the fourth balk of his career in 333 starts. It came in the third inning. His last balk was on Aug. 1, 2014.

Rockies: RHP Yency Almonte (0-1, 12.46 ERA) has been reinstated from the 10-day injured list. He had been out with right hand soreness. RHP Justin Lawrence was sent to Triple-A Albuquerque. ... INF C.J. Cron was held out of the starting lineup for the third successive game with back tightness. Cron, who is day to day, was scratched from the lineup on Friday.

Cardinals: OF Tyler O’Neill was given the day off. Justin Williams started in his place.

Rockies: RHP Jon Gray (4-2, 3.12) will face San Diego RHP Dinelson Lamet (0-0, 0.00) in the first of a three-game series on Monday in Denver. Gray has allowed two earned runs or fewer in five of seven starts this season.