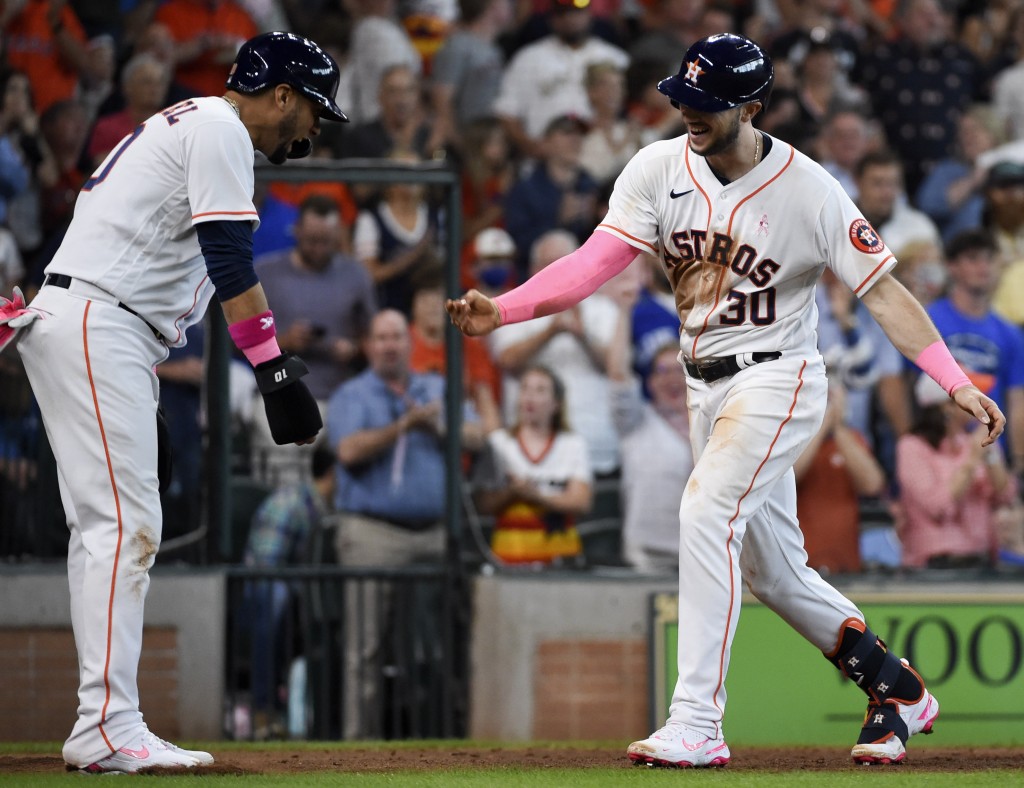 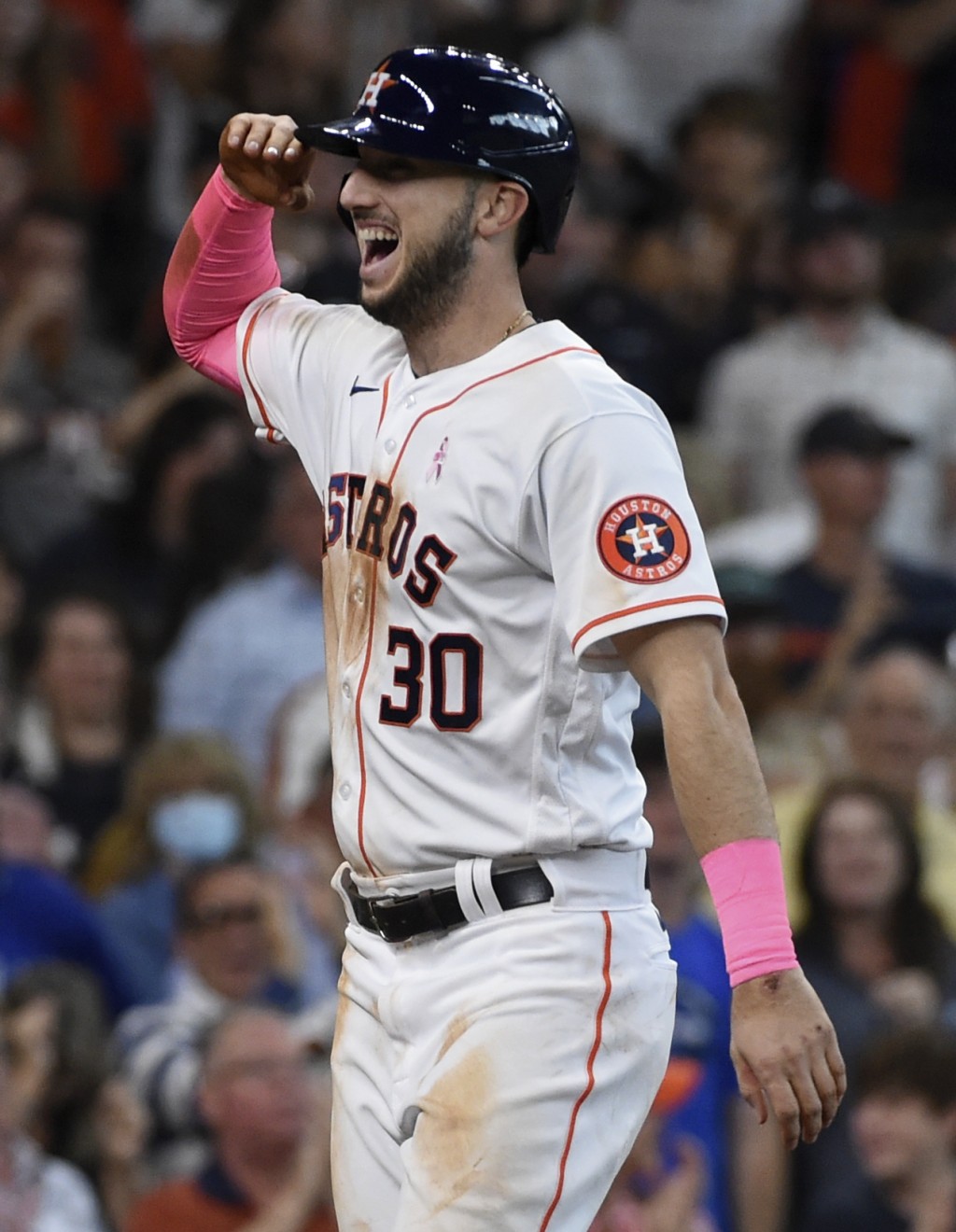 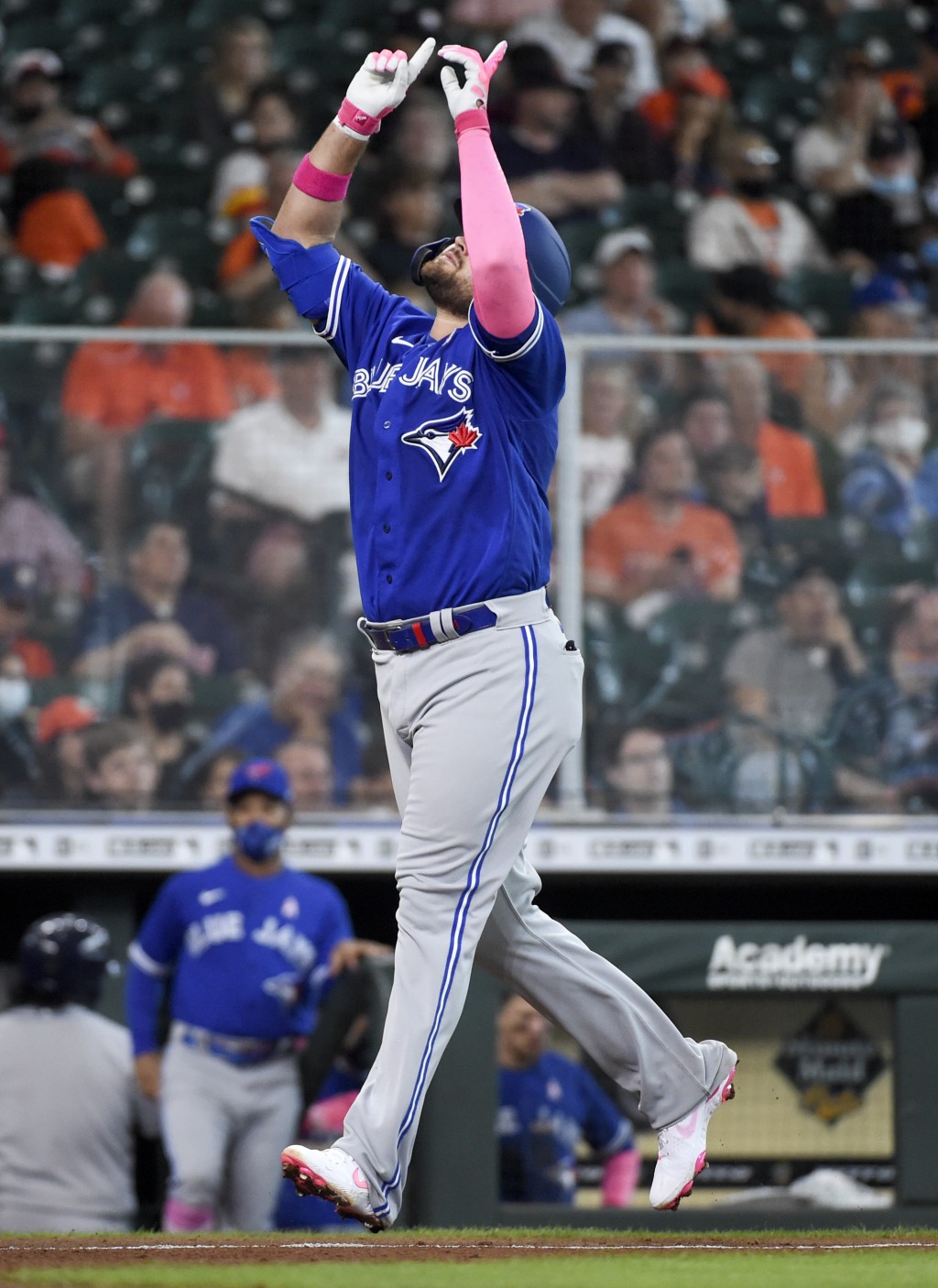 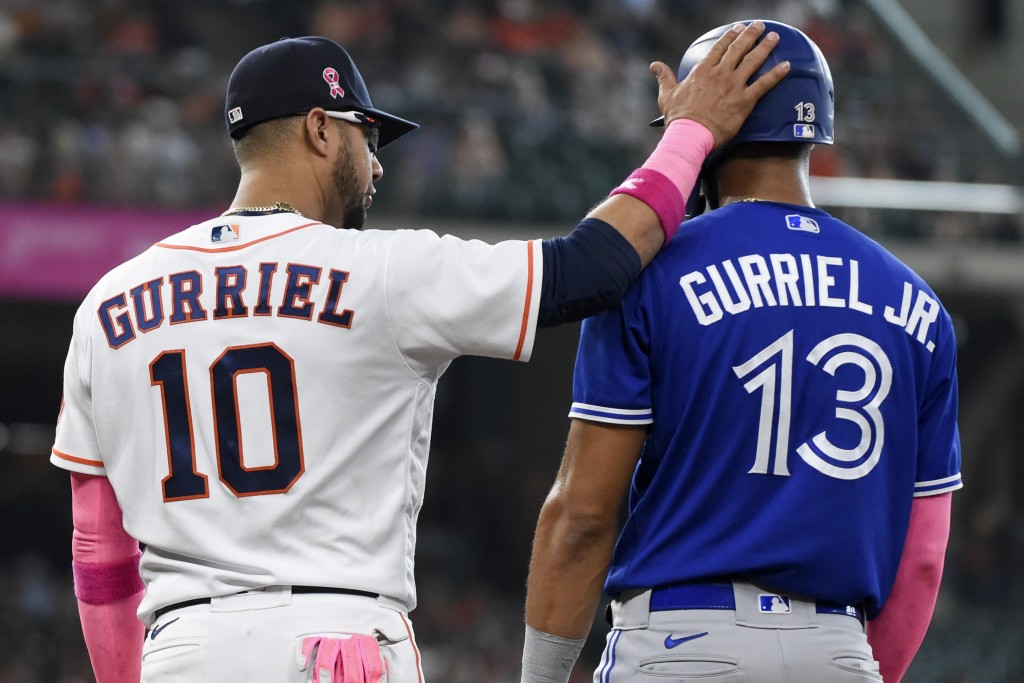 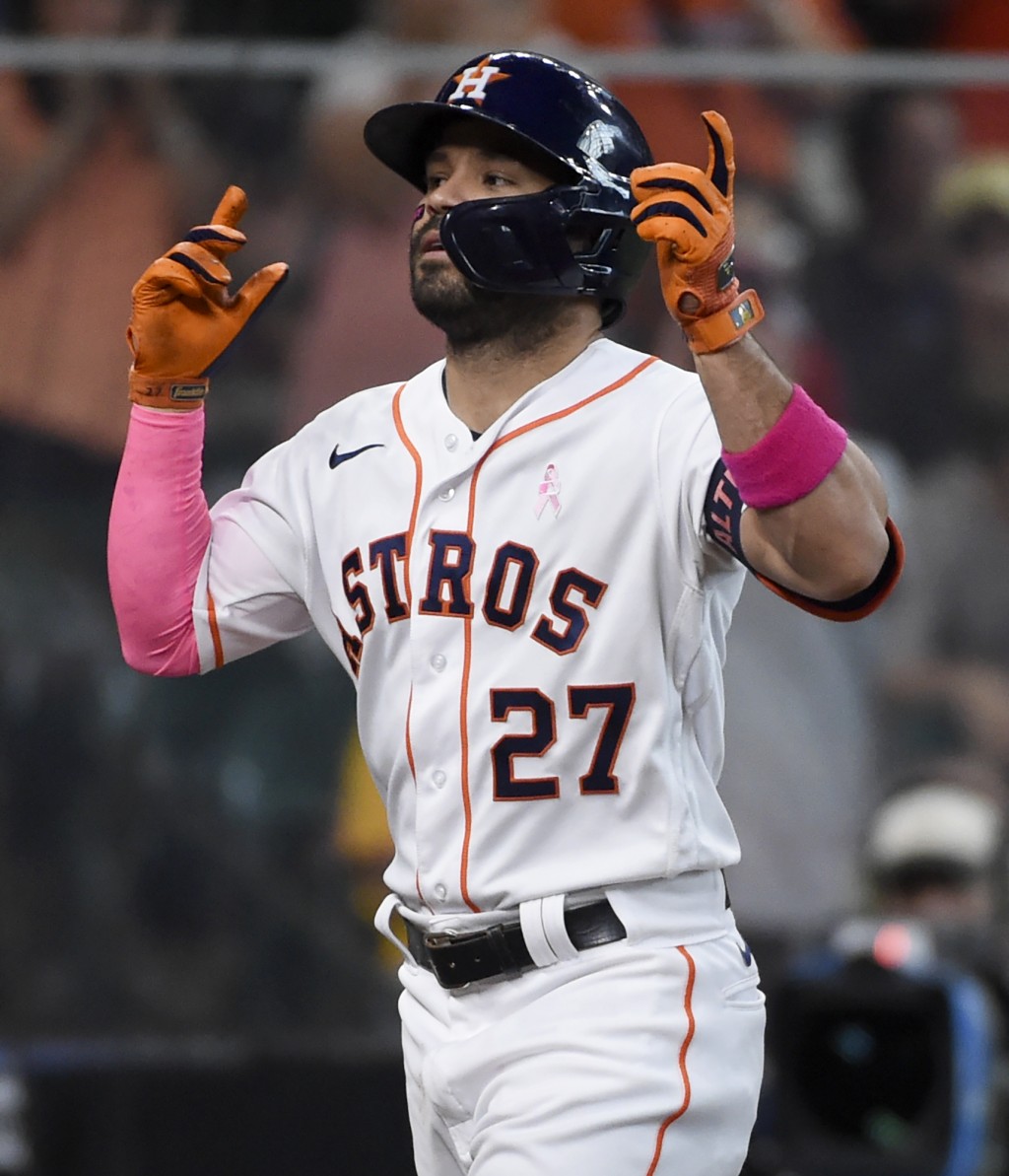 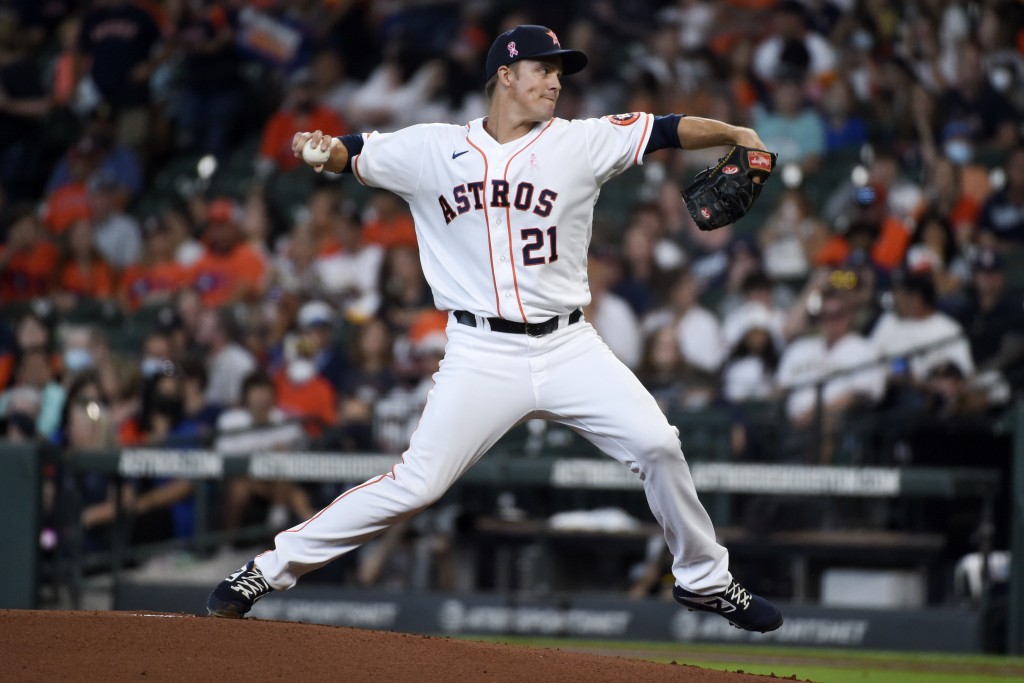 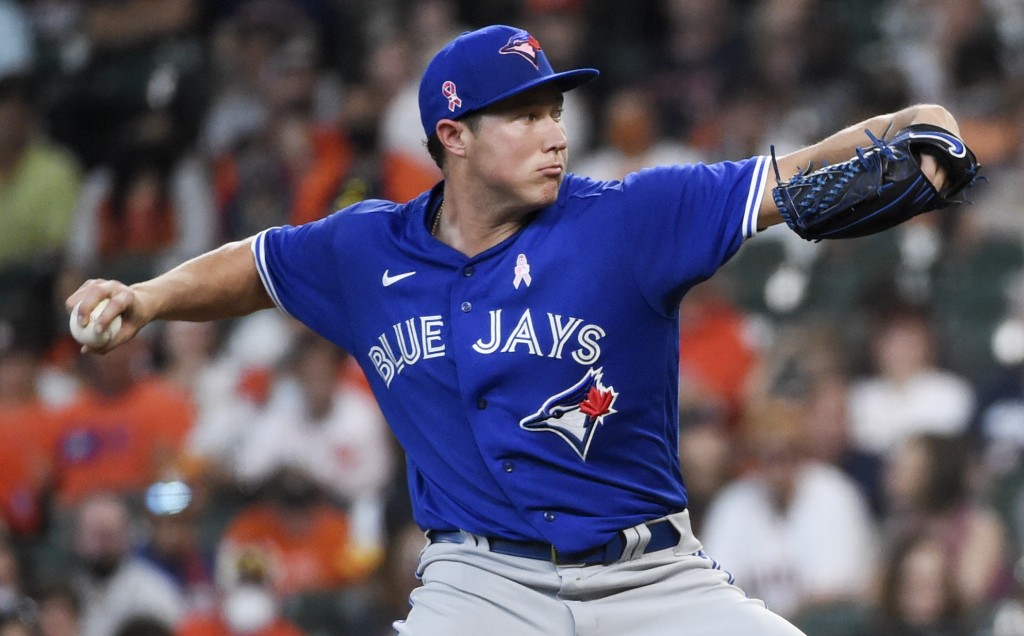 HOUSTON (AP) — Kyle Tucker hit a three-run homer and tied a career high with four RBIs as the Houston Astros built a big lead early and held on for a 7-4 win over the Toronto Blue Jays on Sunday.

Jose Altuve added a solo homer for the Astros to help them win the series 2-1.

Tucker’s homer highlighted a four-run fourth inning that extended the lead to 7-0.

Rowdy Tellez sent a 69-mph curveball from Zack Greinke into the second deck in right field with no outs in the fifth for the first of five straight hits for the Blue Jays. Reese McGuire and Marcus Semien followed with singles before a double to center field by Bo Bichette scored them both to cut the lead to 7-3.

Vladimir Guerrero Jr. hit an RBI single to get the Blue Jays within 3 and chase Greinke.

Bryan Abreu (2-1) took over and retired the next three batters for the win as Houston’s bullpen allowed just two singles the rest of the way to secure the victory. Ryan Pressly struck out two in the ninth for his sixth save.

Blue Jays starter rookie Nate Pearson (0-1) allowed four hits and was done in by a career-high five walks in his first start this season and the fifth of his MLB career. The organization’s top prospect, Pearson gave up three runs in just 2 1/3 innings.

Pearson walked Tucker and Robel Garcia with no outs in the second before Altuve singled to load the bases with two outs. Michael Brantley drew a walk to put Houston up 1-0.

There was one out in the third when Pearson walked Yuli Gurriel. Tucker followed with a triple to the corner of right field that made it 2-0. Garcia then singled on a grounder to right field to send another run home and chase Pearson.

Altuve opened Houston’s fourth with an opposite field shot off Joel Payamps to the seats in right field to make it 4-0. There were two on and two out in the inning when Tucker homered to the second deck in right field.

Greinke yielded nine hits and four runs without a walk in four-plus innings.

Blue Jays: Reliever Rafael Dolis was placed on the 10-day injured list with a strained right calf on Sunday, retroactive to Saturday.

Astros: RHP Jake Odorizzi, who has been out since April 25 with a strained muscle in his throwing arm, threw 40 pitches in two simulated innings on Saturday and will throw live batting practice soon before going on a rehabilitation assignment. ... RHP Enoli Paredes (right side soreness) made his second rehabilitation appearance for Double-A Corpus Christi on Saturday night, striking out five in two scoreless innings.

Blue Jays: Toronto is off on Monday and hasn’t announced its rotation for a three-game series at Atlanta which starts on Tuesday night.

Astros: Right-hander Luis García will start for Houston on Monday night in the opener of a three-game series against the Los Angeles Angels.