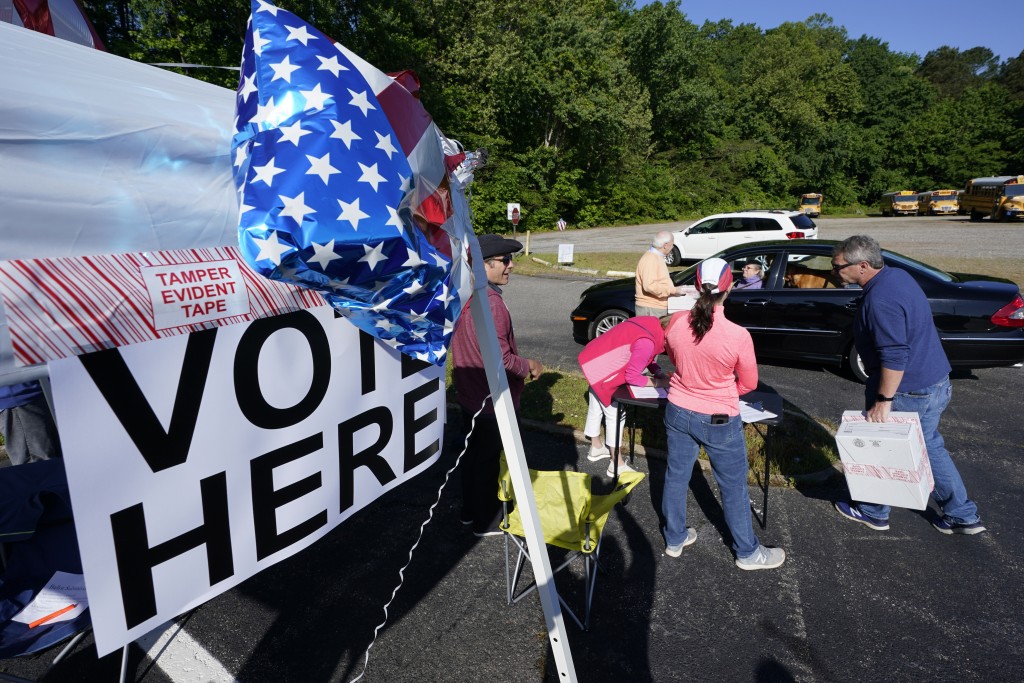 RICHMOND, Va. (AP) — Counting commenced Sunday afternoon at a hotel in Richmond to tabulate the votes cast by tens of thousands of Virginia Republicans a day earlier in the party's nominating contest for governor and other statewide offices.

The several dozen people managing the hand-counting effort began their work with the attorney general contest, John March, a spokesperson for the Republican Party of Virginia said.

March said it's a possibility that at least the attorney general nominee could be declared Sunday. He said the governor’s race would be counted second, followed by the lieutenant governor’s race.

Officials have warned it may take multiple days to finish the counting, which was complicated by the ranked-choice voting method used, as well as a proportional representation system awarded each city and county.

The GOP opted, after a bitter, drawn-out fight, to hold what it called an unassembled convention on Saturday. Because pandemic restrictions ban mass gatherings, delegates cast ballots Saturday at nearly 40 polling sites statewide.

Democrats will choose their nominees for statewide offices in a primary June 8. In that party's nominating contest for attorney general, state Del. Jay Jones is challenging incumbent Mark Herring.

The Washington Post reported that the start of Sunday's vote-counting was briefly delayed after a housekeeper entered the ballroom where the ballots were stored and snapped tamper-proof tape that had been used to seal the room. That set off a frenzy to investigate and review video to make sure nothing was amiss, according to the newspaper.